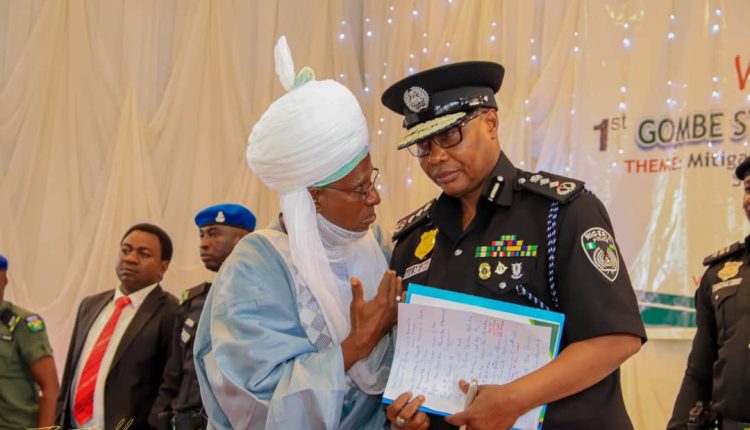 The First Gombe State Peace and Security Summit has ended with a call on the state government to give religious leaders, security advisory role to help in mitigating threats and fostering religious tolerance.

This is part of the communique issued at the end of the three-day summit, where participants ranging from security agencies and community leaders, extensively discussed all security issues affecting Gombe State.

The participants say the recommendation had become important because religious leaders can play an important role in proactively resolving disagreements that have the potential of degenerating into crisis. 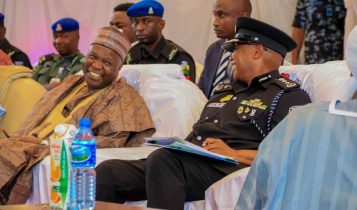 They called on the government and residents of the state to put in deliberate efforts to promote understanding, unity and harmony among the diverse ethnic and religious groups in the state, even though the state was tared as one of the most tolerant and socially cohesive states in the country.

The summit said this was necessary in view of some recent unfortunate incidences of ethno-religious disharmony and conflicts witnessed in the state.

It said because of recent sporadic events in the state, such as cattle rustling, kidnapping for ransom, political thuggery and gang violence, communal disputes and conflicts, which are real security concerns needed to be tackled before they escalate to constitute significant security threats.

The Gombe Peace and Security Summit called for constant evaluation and re-evaluation of security operational strategies because the current security problems posed a serious challenge to the effective management of internal security in the state.

The Summit commended the establishment of the Citizenship and Leadership Training Centre, Boltongo, the creation of Gombe State Security, Traffic and Environmental Corps, as timely and commendable steps that could help further strengthen the current security arrangements in the state. 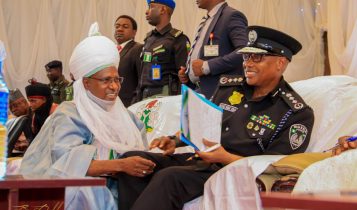 The participants also applauded the Gombe State Government’s zero-tolerance approach to the issue of political thuggery and other social vices, perpetrated by the dreaded Yan Kalare thugs, which culminated into the launching of the security initiative code-named “Operation Hattara”.

“The summit wishes to call on the operation to take advantage of the findings and resolutions of the summit especially in terms of compliance with law and order,” according to the summit communique.

It also called for the continuous maintenance of the collaborations between the state government and Federal Security Agencies for more deepened and strengthened relations.

The participants said because good governance remains an important precondition for security and stability, accountability, transparency and effective public administration should be promoted and that it would go a long way in enhancing the relative peace and security of the state.

The communique, which was read by the Co-Convener and Chairman of the Local Organising Committee, Assistant Inspector General of Police Zubairu Mu’azu, advised that local security advisory committees should be established across the state to support security agencies in mitigating security challenges. 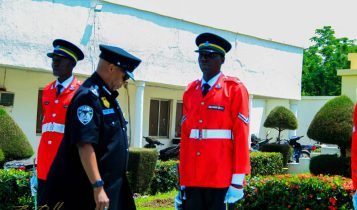 “Accordingly, forging meaningful partnerships (built on trust and confidence) between law enforcement agencies and communities, as well as within members of the community with a view to ensuring that crimes are prevented and/or controlled is necessary to any effective security management,” AIG Mu’azu said.

While commending the renewed efforts of NDLEA and the Gombe State Government to combat the problem of drugs and substance abuse, particularly among the youth as a major drivers of violence, the Summit called for more efforts in cutting the sources of drugs supply, increase funding of drugs prevention and control initiatives and operations.

Equally, the summit commended that the present efforts of the state government and security agencies in preventing farmer-herders clashes and the peaceful resolution of all disputes over farmlands and grazing lands should be maintained, funded and strengthened.

The Summit called on the religious and political leaders to eschew all forms of divisive politics in the build-up to the 2023 general elections, saying it believes that the revered traditional rulers and religious leaders can play an important role in promoting the philosophy of politics-without-bitterness.

“The Summit condemns the deliberate ethnicization of politics and politicization of ethnicity which it observes is gradually becoming a general trend in the political process thereby not only deepening our fault-lines but also threatening the survival of our democratic system,” said AIG Mu’azu.

The summit also recommended that a similar sub-regional security summit should be convened, under the auspices of the North-East Governors Forum, to consolidate on the gains and achievements of the Gombe State Peace and Security Summit.