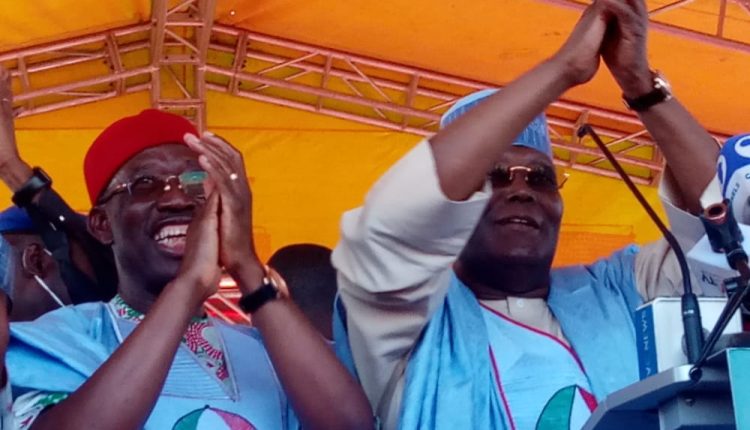 On Nov 23, 2022
0 308
Share
The presidential candidate of the People’s Democratic Party, PDP, Atiku Abubakar, has pledged to resuscitate the virtues of Nigeria’s former Prime Minister, Late Abubakar Tafawa Balewa, by bringing physical development to the people of the North-east and Nigeria as a whole, if voted into power in next year’s election. 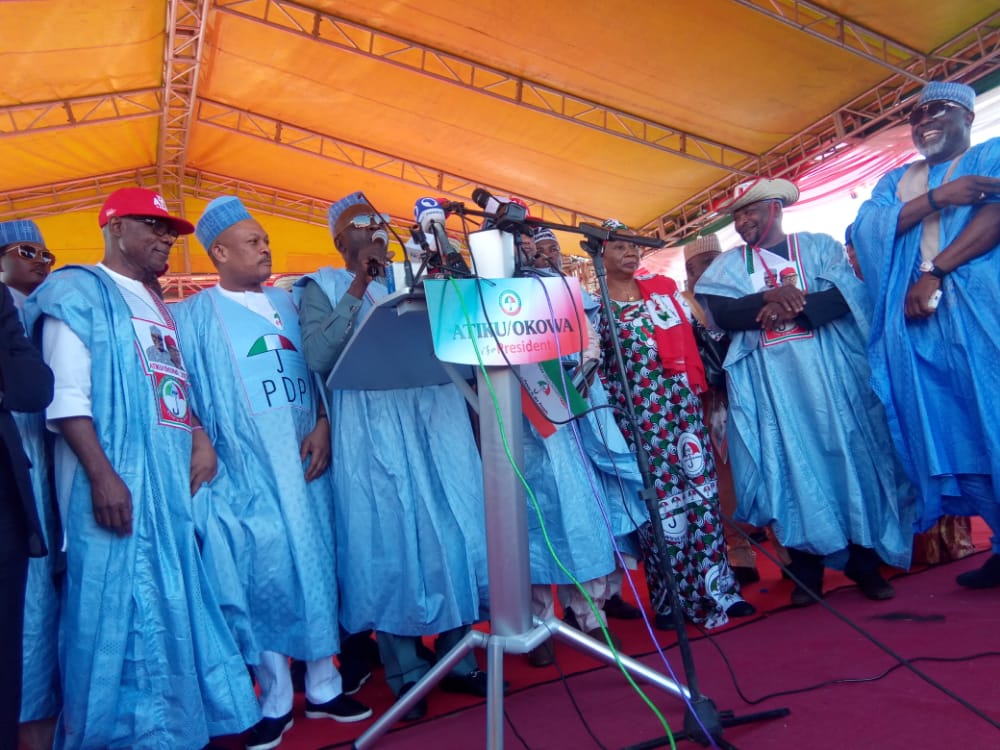 Speaking at a presidential campaign rally in Gombe state, the former Vice-President of Nigeria said if given the mandate to lead Nigeria next year, he was sure to extol the virtues of the revered nationalist.
He promised to leave no stone unturned in bringing back the lost glory of a prosperous Nigeria, devoid of terrorism, hunger, disunity and all the negatives that currently bedevil the country.
“I am familiar with the problems of the state. I will empower businessmen to thrive so that they can engage youths and women in gainful employment.
“The PDP Government started the Dadin Kowa Dam project and will resuscitate the hydro electric power and irrigation components of the project, for the maximum benefit of the region and Nigeria as a whole,” said the PDP Presidential aspirant. 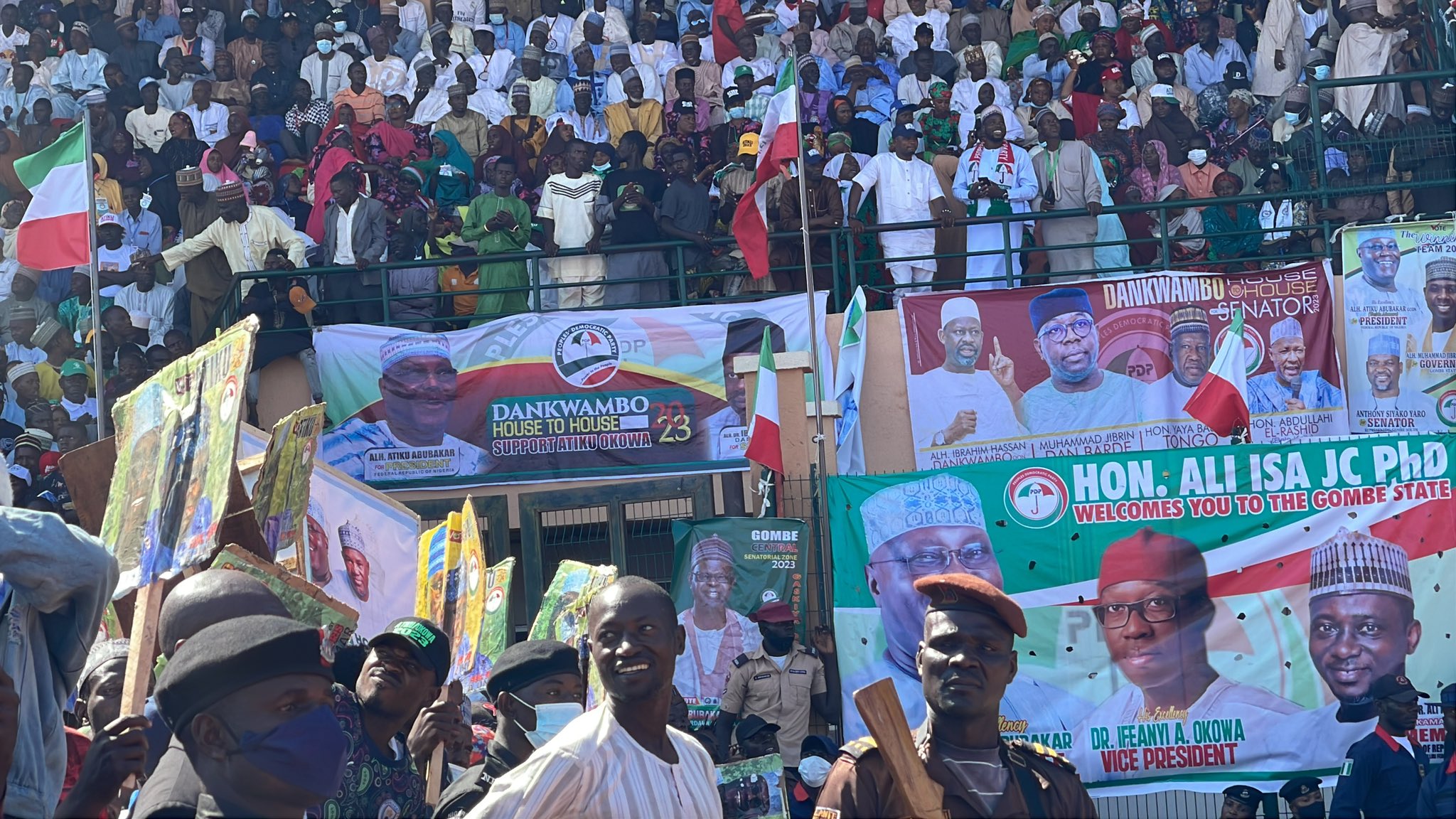 Atiku promised to resuscitate all the roads linking Gombe state with the other states in the region and Nigeria as a whole.
He particularly stressed that because Gombe State is in the centre of the North-east and known for its commercial activities, but is not easily accessible from all the states in the zone due to bad roads.
He also stressed that peace, security and unity of Nigeria, which are the immediate needs of Nigerians at the moment, will be among his top priorities. 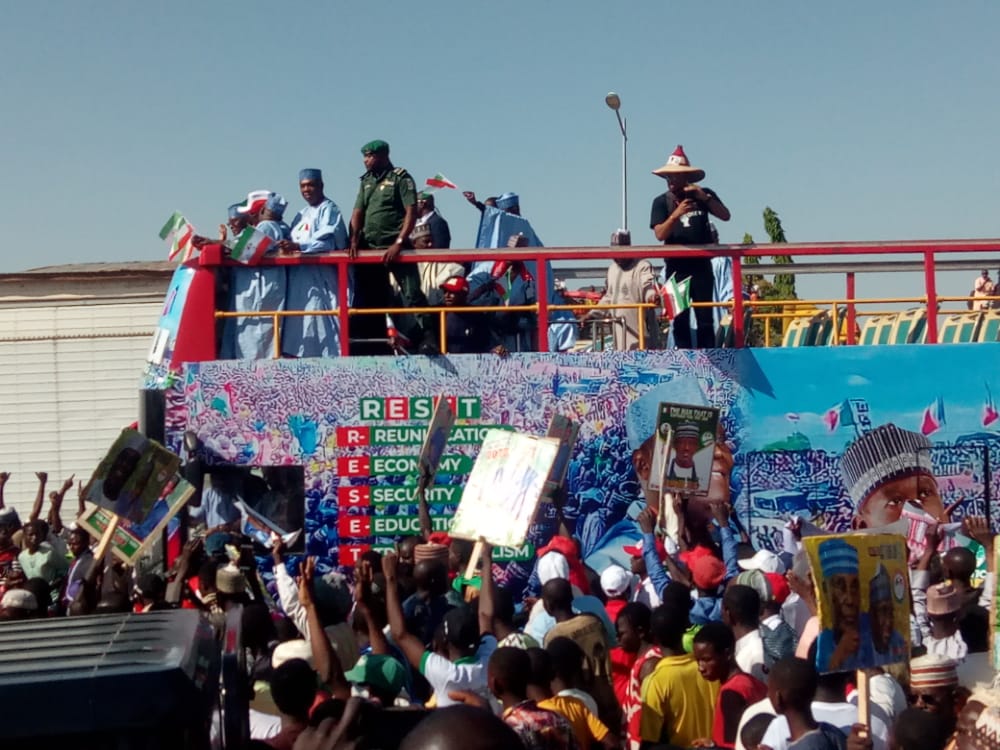 In the meantime, the Director-General of the PDP Presidential Campaign Team, Governor Aminu Waziri Tambuwal of Sokoto State, gave the assurances that neither the PDP nor its Presidential candidate, Atiku Abubakar, would deceive Nigerians with their campaign promises if voted into power in next year’s election.
Governor Tambuwal said the party was ready to bring back the flourishing economy, peace, security and prosperity the country was known for in the past.
Also, the National Party Chairman of the PDP, Professor Iyorchia Ayu, thanked the people of Gombe state for always supporting and standing by the party, while promising not to fail them, if given the opportunity to rule the country again.
Campaign PromisesGombe StateNigeria's 2023 ElectionsPolitical CampaignThe Peoples Democratic Party (PDP)