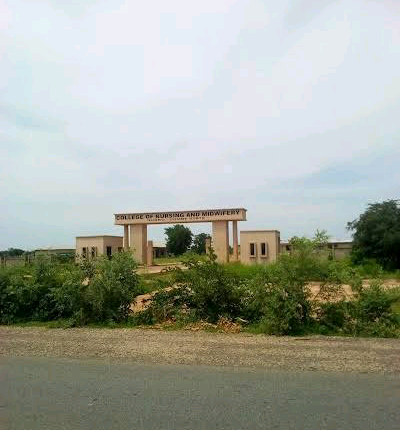 The Gombe State Executive Council has approved a revised contract for the completion of the abandoned College of Nursing and Midwifery, Dukku, which is to be converted into a campus of the State University.

The conversion is said to be prompted by the fact that the structure did not meet the criteria of a school, because it did not have the backing of a law establishing it, with no management and staff employed.

After the State Executive Council Meeting, the Commissioner overseeing the Ministry of Information, Mr. Meshach Audu Lauco, said the previous government awarded the contract in 2013 with about 91% of the contract sum paid but not completed.

Mr. Lauco said because the construction was not completed, the administration of Governor Muhammadu Yahaya reviewed it and decided to complete it and put it to good use, by converting it to a campus of the Gombe State University.

“Now, in order to facilitate that as a true campus of the Gombe State University, the council decided to award and approved a revised contract sum of 3 billion, 280 million, 214 thousand 180.48 naira. The initial project sum that was awarded by the previous government was 2 billion, 442 million, 895 thousand, 777.86 naira. This means the only addition that this government is making in order to have that project completed and put into use, is 837 million, 318 thousand, 402.62 naira for the completion of that project, within a period of 16 weeks,” Mr. Lauco said.

He said that the contract would be completed within 16 weeks and used by the Gombe State University, as a campus.

Highlighting details of the contract, the Commissioner of Housing and Urban Development, Mr. Idris Abdullahi, said the initial contract sum was N2, 442, 895, 777, 86 kobo.

Mr. Abdullahi said when the decision for the completion of the project was taken, it discovered there were two CVs of 101 million naira that had not been paid and the governor directed the Ministry of housing to pay it.

He said afterward, the contractor, authorities of the university and the ministry began mobilising for the restarting of the project, by first asking for the bill of completion.

He said by December when 16 weeks project would have been completed, the structure would be used by the Gombe State University.

The Gombe State Commissioner of Housing said the government was expected to pay the sum of 1, 339, 202, 223. 72 for the completion of the project.

In another development, the Gombe State Executive Council Meeting has approved the emergency repairs of some road wash-outs at various locations to different construction companies at a total cost of 802 million, 326 thousand 576.87 naira.

Commissioner of Works, Mr. Abubakar Bappah, said the road wash-outs had occurred in a number of places and if not handled now, would lead to a threatening total cut-out in some places.

Mr. Bappa said the repairs were necessary to forestall further damage to the roads.

He listed some of the projects…..“The emergency repairs for the Hinna-Shinga Gwani road were awarded to CPS Nigeria Ltd at the contract sum of 106 million, 980 thousand, 925 naira and 25 kobo. The next is the junction that takes off from Daban-Fulani to Gwani through Kinafa, where wash-outs have occurred in quite a number of places, the contract sum for the repairs stands at 47 million and 20 thousand 371 naira and was awarded to CPC Nigeria Ltd. Contract went to the same contractor because of the proximity of the two roads to make it easy for the contractor to mobilize and handle them so that they could be delivered on time,” Mr. Bappah said.

He added that some of the road wash-outs required the construction of culverts, which had been completely washed off.