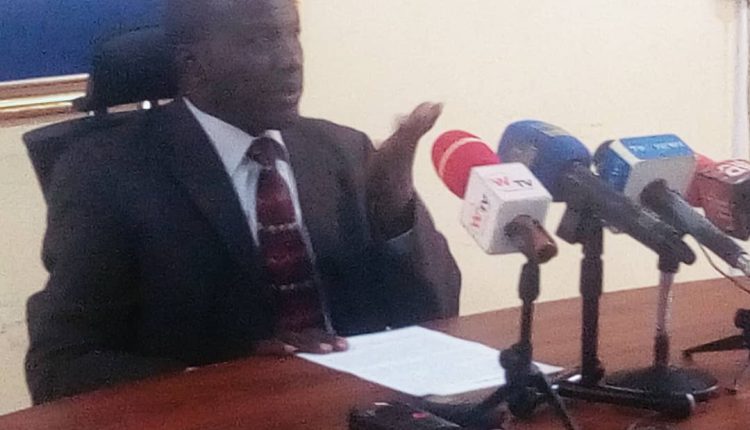 The Gombe State Government has declared the outbreak of Monkey Pox in the state, after three people tested positive of the disease.

The Commissioner of Health, Dr. Habu Dahiru, said the three cases were confirmed after samples were collected from 19 suspected cases, tested and the three returned positive.

Dr. Dahiru, however, said the three confirmed patients had been treated, recovered and discharged.

In the meantime he said the Incident Management System at the Public Health Emergency Operations Centre, PHEOC, had been activated for surveillance and effective response to control the outbreak.

Dr. Dahiru said the Gombe State Ministry of Health wanted the residents of Gombe State to know about the outbreak and cooperate with government to control the epidemic.

“Members of the public are hereby advised to imbibe good personal and environmental hygiene and to report suspected cases to the nearest health facility,” Dr. Dahiru said.

According to him, reservoir of Monkey pox was not known, but that it was a rare viral zoonotic disease, suspected to be resident in African rodents that play a part in its transmission.

He said its incubation period was from 5 to 21 days.

“It is characterized by two phases of symptoms, the initial phase of fever, headache, body pain, body weakness and lymph node swelling, followed by body rashes that starts from the face, then spread to other parts of the body, including palms and soles of the feet. Complete recovery takes up to three (3) weeks,” said Dr. Dahiru.

He said the confirmed cases present symptoms of fever, which may last for more than one week, even after treatment for common causes of fever.

“They developed rashes on the face and other parts of their body which prompted the suspicion of Monkey pox. Samples were taken and sent to the Laboratory for testing and they returned positive for Monkey pox Virus. It can be transmitted from infected aninmal to humans through directed contact with infected animal or body fluids and waste products of infected animal.”

Consequently, with the declaration of Monkey Pox outbreak in Gombe State, the Commissioner of Health gave the assurances that the Government was to its responsibility to protect its people from the disease and any other outbreak.

The Gombe State Commissioner of Health said the World Health Organization, WHO, declared Monkey pox as a public health emergency of international concern and that between January 1 and July 31, 20022, Nigeria had recorded over 135 confirmed cases across 26 States of the federation.