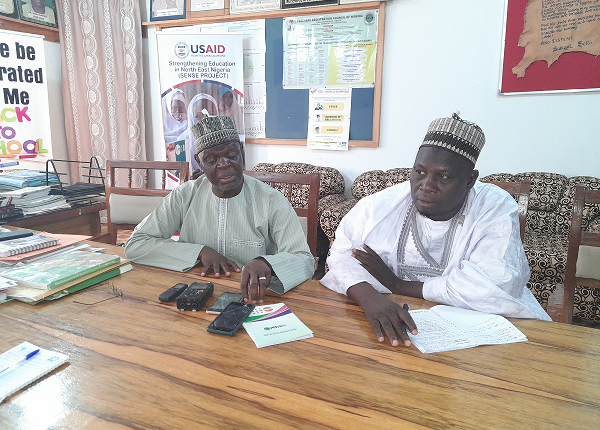 The Gombe State Ministry of Education says the ranking on the chat of External Examination, the West African Examination Council, WAEC, has increased to 79.7%, from about 25% in the 2020/2021 Examination.

Speaking with journalists in Gombe, the State Commissioner for Education, Mr. Dauda Zambuk, said 79.7% of the students had credits in at least five subjects, including English and Mathematics.

He attributed the improvement to various efforts of Governor Muhammadu Yahaya-led administration, such as the retraining of teachers and the re-introduction of the discarded Mock WASC Examination.

Mr. Zambuk said; ”the Mock Examination was in times past used as criteria by universities to admit students based on the results obtained from it, which they belief would a precursor for a good final secondary result.”

He said; ”the Mock Examination has helped students who passed to be qualified qualification for the Governor’s magnanimous payment of the WAEC Examination fees in the state.”

Mr. Zambuk said the Gombe State Government had paid for 23, 680 students and this lifted the state to become the number two in the North-east after Taraba State.

Going down memory lane, he said the present administration discovered gaps in the education sector when it came in 2019, through the report of the transition committee, part of which looked at the sector.

The Commissioner said the committee discovered that education in the state was in a deplorable state, in terms of infrastructure, facility the quality of the teaching staff, as well as the availability of instructional materials.

“From my own personal view, if you want learning to take place, there are three major ingredients, one, you have the teacher, you have the students, then the instructional materials, even if you don’t have a well befitting structure. At least learning can take place. Once you have students and qualified teachers and you have the materials, learning will go on effectively,” Mr. Zambuk explained.

He, however, said upon assumption of office, the Governor set its priorities on addressing the issue of having qualify teachers and within six months, he established the teachers Educational Resource Centre.

Before now, he said, the performance of Gombe State students in external examination was 2nd or 3rd from the back.

“Especially after finishing SS3, those that were supposed to, may be seek admissions to tertiary institutions. Our performance, out of the 36 states and the Federal Capital Territory, FCT, Gombe State was taking 1st and 2nd position. Meaning that out of 37, we were either battling with 34th, 35th or 36th position. This came as a result of the deplorable conditions I told you about,” said the commissioner.

To correct that, Mr. Zambuk said the government resolved to retrain teachers in the state, by making them take an examination to access their capabilities.

Also, to further improve on the quality of education in the state, the Gombe State Commissioner said the government recently employed 1000 teachers and transferred the services of 288 overqualified teachers from the primary schools to secondary schools, so that those with Nigerian Certificate of Education, NCE, would manage primary schools.

He said the recruitment followed standard procedure and criteria of transparency for the schools.

Mr. Zambuk hoped that more teachers will be recruited before the end of the year, to replace those retired or dead.

He called for patriotism from members of the community in ensuring that teachers employed to teach in primary schools in their area live up to their responsibilities.

Mr. Zambuk said some teachers who sought hard for employment into the teaching profession and posted to their communities to teach had developed lukewarm attitude towards the education of the children in those area.

He said officials of the ministry and relevant authorities could not at all times go round the about one thousand government primary schools in the state, but communities could do that by monitoring and reporting such recalcitrant behaviours to ensure that  teachers employed in their communities carry out their functions effectively.

The Commissioner said the ministry was planning an Education Summit for such communities to sensitise them on the need to step-up their game to meet up with other communities that have made progressed.

According to him, ”Governor Yahaya has the passion to address out of school children, where about 880,000 children were before now reported to be out of school. So far about 500,000 of those children have been sent back to school.”

Mr. Zambuk said to show fairness and equity, the Governor in his a research discovered that there was a ward, Kubiya-kunbiya in Gombe Local Government Area, which did not have even primary, let alone a secondary school and within one year decided to establish one there, the Alabura Model School.

The Commissioner added that the Primary section had already admitted students and deployed the Head Teacher and other teachers, while a principal had been deployed to the junior secondary section, which had started issuing admission into JSS1.