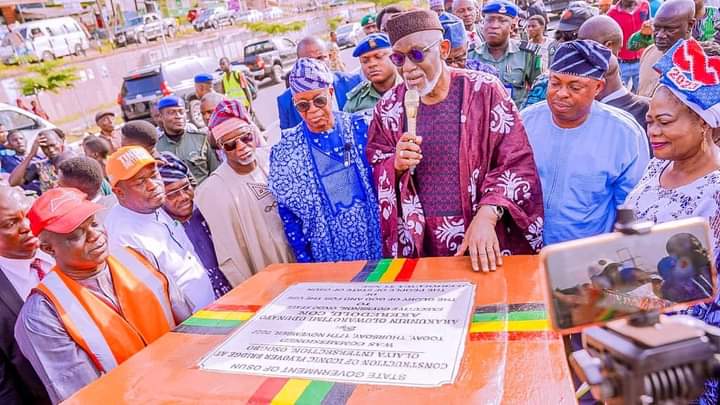 Governor Akeredolu inaugurated the bridge at the instance of his Osun state counterpart, Adegboyega Oyetola, whose administration constructed the bridge within one year.

According to Oyetola, the flyover bridge was built to eliminate unnecessary cases of road accidents as well as to enhance the architectural beauty of the state capital.

He said the construction emanated from the need to put a permanent end to the mishaps often experienced at the busy Olaiya junction by road users. 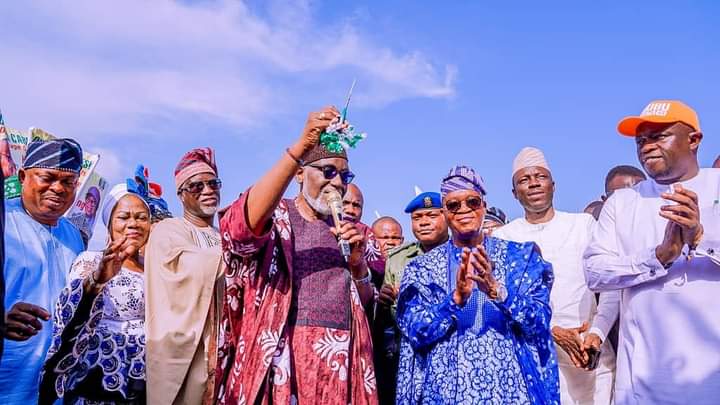 The Governor who described the flyover as an architectural masterpiece, also said it represented the signage of the socio-economic transformation captured in the development agenda of his administration.

He said: “This is another fulfilment of our electoral promise we exchanged for the mandate of our people. It (Olaiya flyover) is a worthy complement to the over 500km roads we have rehabilitated and constructed in our four years in government so far. Fixing our State’s infrastructure deficit is a critical item on our Development Agenda. This is because no economy can truly succeed without adequate infrastructure to make life easy for residents and businesses. Olaiya Flyover is your property and heritage. Own it. Make the best use of it and pass it to our unborn generations as you go about your businesses and daily lives”, he added.

Inaugurating the flyover, Governor Akeredolu commended Oyetola for his commitment to the welfare and general well-being of the people of his state.

Akeredolu who described the flyover as unprecedented in the history of the state, expressed confidence in the functionality of the facility for residents of the state. 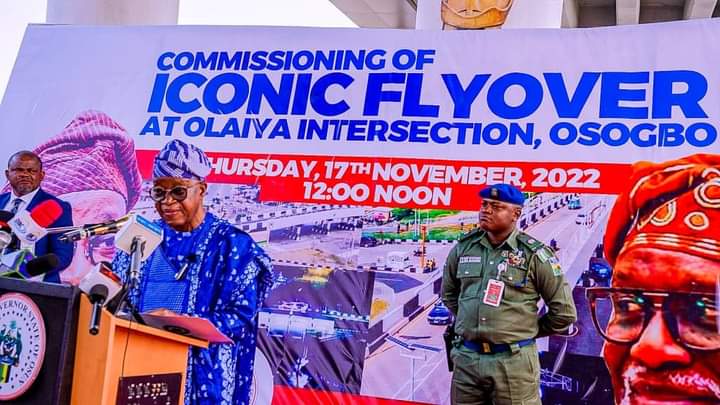 “For me, development is about the people. All efforts conceived and geared towards the amelioration of the welfare of the people must be commended. You are indeed a talk and do governor. Any government that prioritizes the interest of the people is an organized one. This is historic in the history of Osogbo. Oyetola has made history,” he said.

Earlier in his welcome address, the Commissioner for Works and Transport, Engr Remi Omowaye, had said the successful completion of the flyover would improve socio-economic activities in the state in general and Osogbo in particular.

He commended the people of the state for their love, support and perseverance throughout the construction period.