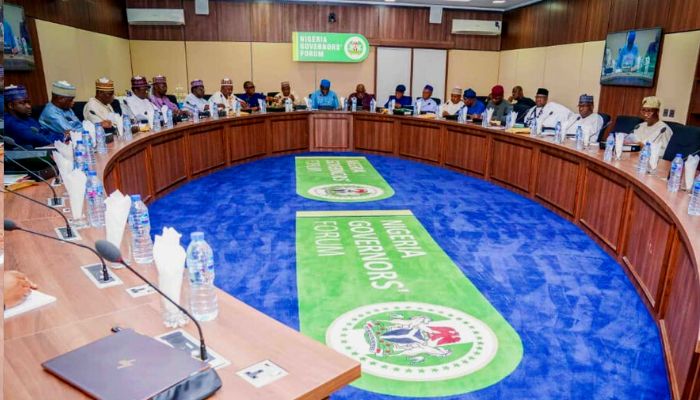 The Chairman of the Nigeria Governors’ Forum and Governor of Ekiti State, Dr. Kayode Fayemi, has transferred power of the Forum to the Sokoto State Governor, Aminu Tambuwal.

Tambuwal would be holding fort until May, 2023 when a proper election would be conducted among the Governors.

Governor Fayemi, made the announcement at the National Economic Council meeting, NEC in Abuja, the nation’s capital.

He attended the NEC virtually from New York City, where he is currently attending the United Nations General Assembly meeting.

Before the announcement, the Ekiti State Governor acknowledged the result driven output of NEC and thanked his colleagues and other members of the council for their support.

He said that, “Yes, we may be occasionally troublesome, coming from the Forum of Governors and we do test your patience but you have never really expressed any frustration with all our truculent questions and the insistence that the federation must be a true federation.”

The Chairman of Nigeria Governors’ Forum, Kayode Fayemi had been elected President of the Forum of regions of Africa in Saidia, in the State of Casablanca in Morocco.

Gbajabiamila frowns at dwindling fortunes of Institute of Strategic Studies