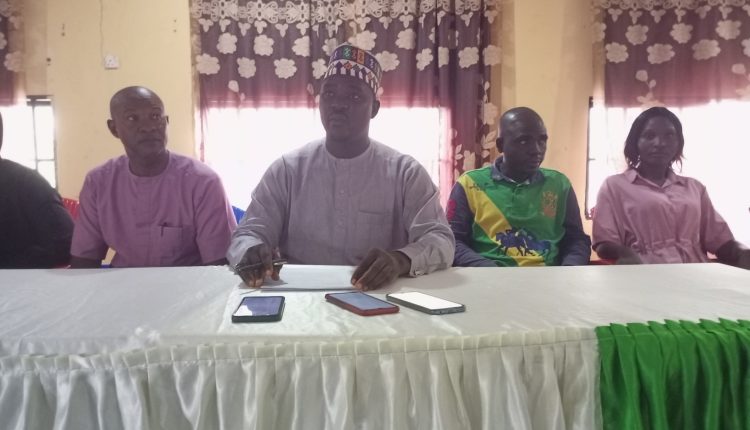 Last updated Sep 20, 2022
0 304
Share
A group known as the Coalition for the Development of Nasarawa State has applauded the combined efforts of security agencies in tackling the issue of insecurity and oil theft in Nigeria.
Speaking at a press conference held on Tuesday in Lafia the state capital, the Chairman Planning Committee of the group, Mr. Namo Akpomoshi lauded the efforts of the Nigeria Security and Civil Defence Corps, NSCDC and other security agencies for playing pivotal roles to crack down miscreants and build peace among communities.
Akpomoshi noted that the level of civil unrest has been reduced to the barest minimum due to the combined efforts of the security agencies in the country.
He expressed appreciation to President Muhammadu Buhari, GCFR for giving all the necessary logistics and support to the security agents in the country to enable them to succeed.
Akpomoshi further lauded President  Buhari for appointing Nasarawa state son, Dr. Ahmed  Audi as the Commandant General of NSCDC.
He acknowledged the contributions of NSCDC bosses in descending on the perpetrators of crime in the society such as rapists, pipeline vandals, cybercriminals, oil thieves, yahoo political thugs, and cultists among others.
Akpomoshi also appreciated the Governor of the state, Abdullahi Sule for his tireless efforts in supporting the security agencies in the state in carrying out their duties without hitches.
He, therefore called residents of the state to collect their Permanent Voter Cards, PVC to enable them to vote for credible leaders during the 2023 general elections.
The coalition for the Development of Nasarawa State is an Association that is registered with the state government to promote peaceful coexistence, and unity, as well as accessing the development progress of the government and the society.