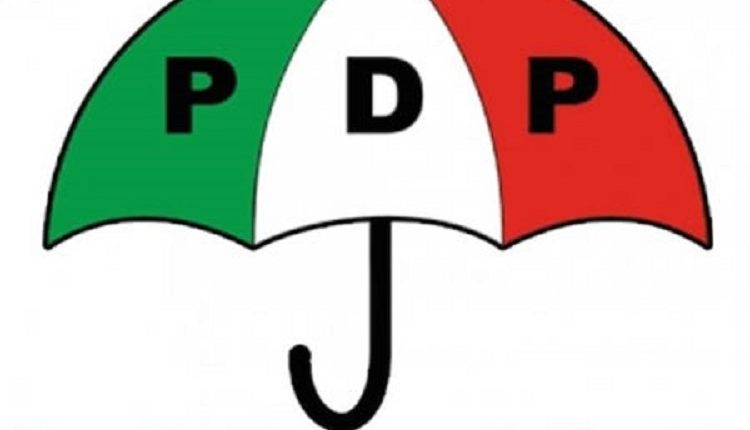 A Pressure Group in the main opposition Party, the Peoples Democratic Party, PDP, has demanded the immediate sack of the five members of the National Working Committee, NWC.

The Group under the umbrella of ‘Coalition for Good Governance’ accused the Committee of anti-Party activities.

Condemning the alleged bribery and inducement of the members of the NWC levelled against the National Chairman of the Party, Senator Iyorchia Ayu, the Group also demanded for thorough investigation of the affected Party members .

It accused the officials of working for a desperate selfish interest, to orchestrate damaging narratives aimed at bringing the PDP, to public disrepute and truncate its fortune in the 2023 general election.

The statement further read, “In the bid to foist a negative storyline on the Party, these apparently compromised National Officers, yielded to the enemies of the Party by falsely presenting their Housing Allowances, their legitimate entitlement duly approved and paid to national officials and staff of the Party to the public as bribe.

“We have been reliably informed that this is part of the well-funded furtive scheme targeted not at the National Chairman, Sen. Dr. Iyorchia Ayu but to destabilize the PDP, derail its Presidential Campaign and frustrate the deserving victory of our Presidential Candidate, His Excellency Atiku Abubakar in the 2023 general elections.

“We have also received information of how huge sums of money exchanged hands to prosecute and  bring the PDP down before the to public, a day after the inauguration of the Party’s Presidential Campaign Council.

“The action of these National Officers amounts to serious betrayal of trust, gross misconduct, abuse of office and unpardonable anti-Party activity in violation of Section 58 (1) of the Constitution of the PDP, 2017 (as amended).

“This is especially as these National Officers are part of the National Working Committee which approved the funds in line with the already established Terms and Conditions of Service of staff and Principal officers of the Party.”

“In this regard, we call for the immediate investigation into the financial activities of these officials following allegations that they were heavily bribed to execute such a despicable scheme against the Party and our Presidential Candidate.

“Consequently, we call for immediate resignation, suspension and investigation of these National Officers of our Party for anti-party activity and attempt to scuttle our Presidential Campaign.

“Moreover, since his election as Deputy National Chairman (South), Amb. Taofeek Arapaja has taken no steps to unite and stabilize the Party in the South. Rather he allowed disunity to fester in such a manner that threatens the existence of the Party in the region. He is a huge liability to our Party and having been exposed should resign forthwith.

“In the same vein the National Vice Chairman, (South South) Dan Orbih has continued to demonstrate serious disloyalty and lack of capacity for leadership,he has reduced his office to an annex of a particular State Governor. He has not demonstrated desired qualities of a leader and as such should resign,” the statement read.

It said; “Similarly, the National Woman Leader, Prof. Affah-Attoe has not demonstrated the desired capacity to mobilise our women for the 2023 general elections. She lacks vision and cannot command the support and loyalty of the women. She should therefore resign and allow a more vibrant person to provide leadership for our women.

“It called on all members and teeming supporters of the Party to remain focused and not allow the PDP to be distracted by sponsored antics by unpatriotic individuals.