Governor Chukwuma Soludo has recieved the N2 Million Naira donation by Anambra State Association of Town Union (ASATU) to support those affected by the flood crises in the state. 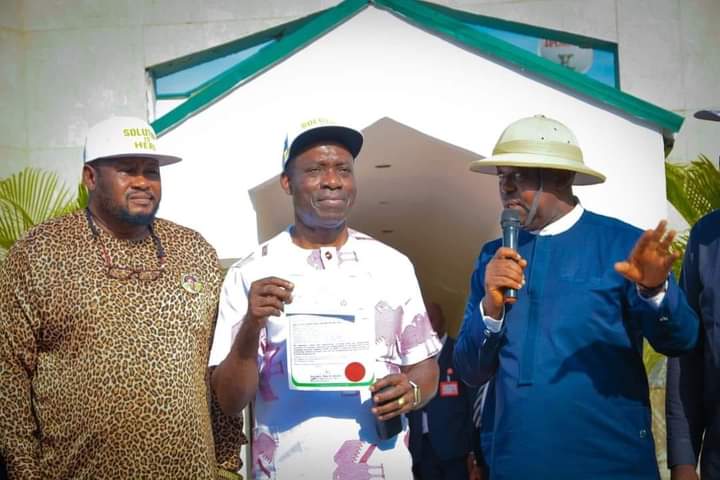 Receiving the cheque at the Government House Awka, Governor Soludo thanked ASATU for the kind gesture.He pointed out that ASATU is the foundation of the state because Anambra is composed of town unions in all the 21 local Government areas.

“We have communities and communal efforts. When we are challenged by any emergency, people rally round to carry the burden together. Thousands of Anambra State indigenes are displaced which is no fault of theirs. Cameroun opened their dams and flooding ravaged the state. This shouldn’t be an emergency in this country because we were fore-warned about it. It’s not my responsibility to build dams across Benue and River Niger. The Federal Government and NEMA have a huge responsibility in this task. In our own part, we are trying to cope with the citizens and chip in our own bits. Good spirited individuals, Civil Societies, Religious Bodies, the Political Class and today, ASATU in a symbolic and significant manner have come together to donate a whooping amount. N2 Million is not a small amount of money. Wealthy individuals in the State and others should donate generously towards this cause.We are preparing because this menace will happen again if we are not careful, but our immediate challenge is resettling these people back to their homes when the water recedes. They have to start life afresh. LWe call on everyone who has anything to donate in the same usual communal spirit to rise up to the occasion. And together as a people, we have overcome so many challenges in the past and this one shall pass.” Governor Soludo said.

“ASATU is very strong and it’s our collective responsibility as the Government to work hand in hand. Our efforts to raise revenue will get down to communities. The palm-coconut agric revolution will be trickled down to communities.We are starting a co-operative movement in the 326 wards in the state commencing from next year. Our motto Onye aghana nwanne ya is to leave no one behind. In our communities there will be thousands of beneficiaries. We will empower people at the base and together all of us will get it done,” Soludo concluded. 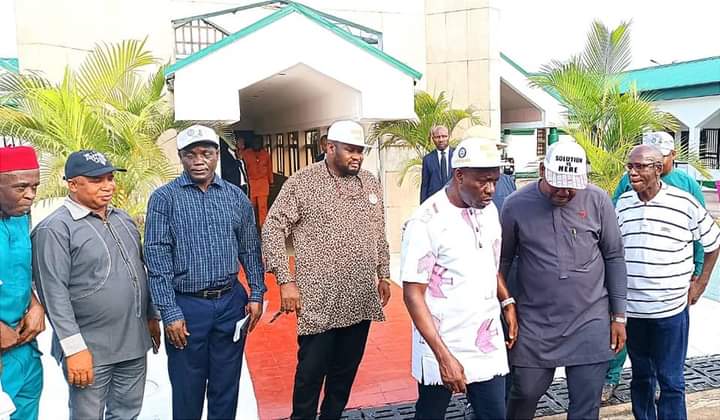 Earlier, the Vice-President of Ohaneze Ndigbo Worldwide, Chief Damian Okeke-Ogene, on behalf of Town Unions in the State said they are donating N2 Million to Anambra Government to assist them in providing relief materials for displaced persons.

He disclosed that ASATU was formed in 1996 to assist the State Government.
“We have been taking our elections seriously and are well organized. Our oath of office is to support any Government in power. You, Mr Governor have started well so therefore, be guaranteed of our 100% support.
You increased the Choose Your Community project from 20 to 25 million naira and we must applaud you for that,” he said.

Chief of Staff to the Governor, Mr. Ernest Ezeajughi, President General of ASATU, Barrister Titus Akpudo, among others were present at the event.

Nigeria To Explore Markets For Lithium