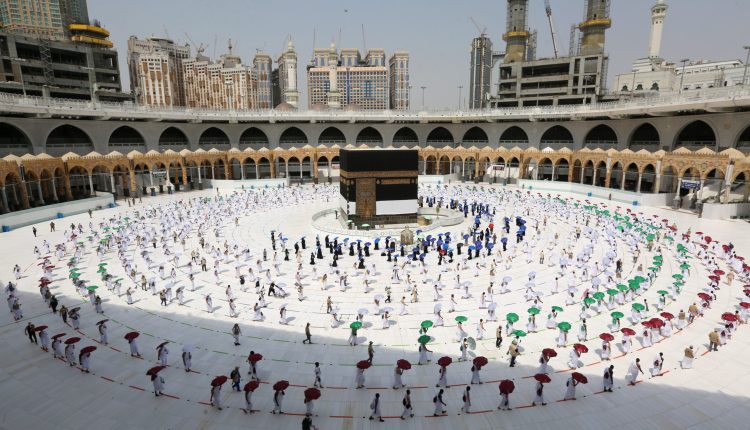 Association for Hajj and Umrah operators of Nigeria (AHOUN) have urged the federal government to investigate the 2022 Hajj Operation in the country.

National President of the association Alhaji Nasidi Yahaya Sulaiman made the call during a press briefing at the NUJ Press Center Kano state north Western Nigeria.

He said over 700 international intending pilgrims that are suppose to travel to the holy land for this year’s pilgrimage are stranded in Kano, Abuja and Lagos.

“We appeal to the federal government of Nigeria to as a matter of urgency set up a powerful and genuine panel to review this year’s Hajj activity from scratch.

“The call is aimed at restoring sanity into future operations.

“What happened is really pathetic in the history of Hajj Operation in the country.

“It happens because NAHCON fails to provide alternative carriers as rescue flight to airlift the pilgrims,” said the AHOUN National President.

According to him, the action has a cause a lot of damages to operational reputations of their companies and lot of emotional trauma to clients.

“Out of our 55 companies 2,750 intending pilgrims deposited 1.2 Million Naira each to the NAHCON account.

“Therefore, we called on NAHCON to immediately start remitting the entire amount for unward disbursement to our clients,” said Suliaman.

The association also appeal to the intending pilgrims that suffered the avoidable stress to accept apologies and bear with them as they work for the refund of their monies.

Moreover, AHUON requested the national assembly to set up committee that will look into the consideration of amending NAHCON act 2006, so that all stakeholders especially tour operators can have important role to play in the system.