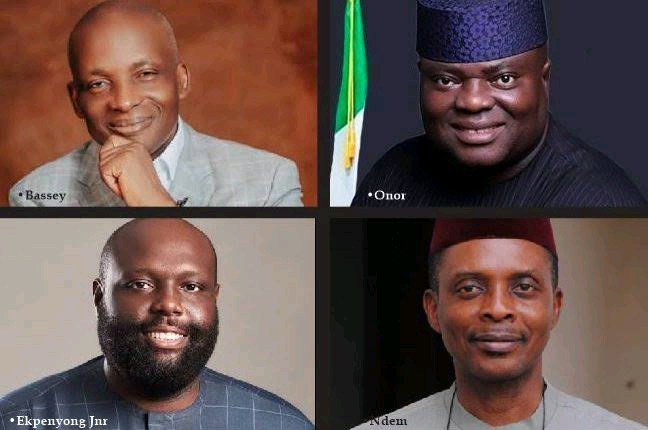 The Governorship candidates of the different political parties in Cross River State, southern Nigeria, have proffered solutions to insecurity.

The candidates were speaking on several issues at a media interface tagged “Governance Under Your Watch” organised by the Nigeria Union of Journalists, NUJ, Cross River State council to mark its 2022 media week in Calabar, the capital city.

A former Minister of the Ministry of Niger Delta Affairs and flagbearer of the People’s Redemption Party, PRP, Dr. Usani Uguru Usani said that information gathering and sharing was significant to tackling insecurity.

He reasoned that criminal elements were deploying advance technology and modifying tactics to evade security operatives, a situation, which he noted could be effectively overcome with accurate information gathering and sharing.

Usani said, “we cannot give only one solution to insecurity in the state and Nigeria if we do not get information. Information is essential to fighting insecurity. The reason why our security system keeps failing is due to lack of accurate information.

“No matter the number of vehicles, guns and ammunitions or number of personnel deployed to fight insecurity, if we do not improve on the way we gather information we cannot achieve anything. The perpetrators of criminalities are using advance technology to evade operatives.

Also speaking on the topic, the Labour Party flagbearer, Mr. Ogar Osim proposed that combating insecurity required the collective approach, which was in line with the logo of the party.

Osim posited that since governance was participatory, tackling insecurity was the collective responsibility of every citizen and residents.

He saod, “it is a collective solution. Governance is participatory and we must collectively function to establish security for our common good.”

The running mate of the All Progressives Congress candidate and leader of the Cross River State House of Assembly, Mr. Peter Odey also agreed that one of the ways to fight insecurity was establishing robust community policing system, supporting security agencies with the necessary equipment to function properly.

Odey, who was standing in for the APC flagbearer, Senator Bassey Otu, said “one of the ways of fighting insecurity is through community policing. Most of the kidnappers, armed robbers, murders are people that reside in our communities.

“They are living amongst us that is why establishing a robust community police would serve better in addition to providing support to security agencies by providing equipment and other incentives to improve the capacities of security agents,” he stated.

Although the flagbearer of the Peoples Democratic Party, PDP, Professor Sandy Onor did not participate in the question and answer session with the excuse of another engagement to attend, he urged citizens to speak truth to power.

Onor described the epileptic power supply in Calabar as a mirror of the deplorable state of things in Cross River State under the current APC leadership.

Proposing that he, Onor was the best candidate to positively change Cross River state, he said, “we do not need policy statements, there are enough policy statements already and having served as a commissioner, I understand the problem of the state from multiple perspectives.

“We need to bring the right people into governance and I possess the qualities the next leader of the state needs. We need a courageous leader for Cross River, a leader that can take us away from complacency, a leader that will listen to the people if we must make progress for Cross River State moving forward,”he added.