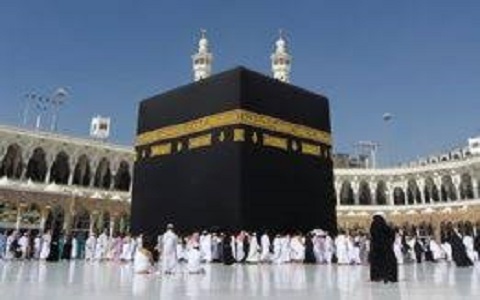 While reacting to online media reports of protests by the pilgrim in Makkah, Saudi Arabia, Prof Malik described the reports as unfounded, far from the true situation of things and the figment of the imagination of the writers.

Speaking during a press conference organised to clear the air on the issue, the Board Chairman explained that the delay in accessing dollars from the Federal Government through the Central Bank of Nigeria caused the hiccups for the first batch of the pilgrims who embarked on the trip.

He disclosed that the Board had to give $400 to each pilgrim on the second batch of the trip in order to prevent a re-occurrence, emphasizing that the dollar scarcity which had hit the foreign exchange market is a key contributor to the delay in securing the required BTA.

Prof Malik said: “It is not true in any way that Oyo State Pilgrims’ Welfare Board (Muslim Wing) has diverted funds meant for the payment of BTA of the first batch of pilgrims from the state who are currently in Saudi Arabia.

“The truth of the matter is that there were delays in the release of BTA to the Board as a result of the late release of the circular guiding the payment of allowances by the authorities. This is not peculiar to Oyo State pilgrims, as all pilgrims across the states are faced with the same situation,” he revealed.

Malik stated that as a result of the delay, the first batch of pilgrims from Oyo State and several other states of the federation had to embark on the trip to Saudi Arabia before the BTA could be secured, adding that the delay, however, does not indicate that any of the pilgrims would lose their entitlements.

He explained that by the time the second batch of the pilgrims were leaving Nigeria, only a fraction of the entire BTA had been secured and it was concluded that each of the pilgrims be made to get $400 while those who were already in Saudi Arabia were paid $200 each, pending the release of the entire money by the bank authorities.

“While the delayed payment of the BTA is regretted, we have to place on record that there is no intention to direct anyone’s entitlement or deny any of the pilgrims their due. We make bold to undertake that each of the pilgrims will get what is approved for them in the course of the holy pilgrimage. The welfare of every pilgrims remains our utmost concern at all times,” Malik affirmed.

“The delay in the airlift of pilgrims is due to the slow process of issuance of visas in Abuja. According to the release by NAHCON, many states have not been able to airlift any of their pilgrims,” the Board Chairman stated.