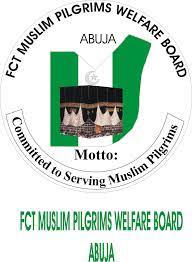 The Muslim Pilgrims Welfare Board in Nigeria’s Federal Capital Territory Administration FCTA, has vowed to continue to provide efficient services to intending Pilgrims who participate in the Hajj exercise through the FCT.

The Director of the Board, Mallam Muhammad Nasiru DanMallam made the pledge in Abuja after receiving two Awards of excellence in two categories from a Non-Governmental Organisation, the Independent Hajj Reporter that monitors Hajj activities in Nigeria and the Holy land of Saudi Arabia.

He said the Board has put all machineries in motion to strive hard to maintain its position in providing better services to Residents and all those who partake in Hajj exercise through the FCT.

The FCT won two awards among the state’s Muslim Pilgrims Welfare Boards/Agencies and Commissions in two categories during the 2022 Hajj exercise.

The FCT Muslim Pilgrims Welfare Board was given the Awards in recognition of its outstanding performances in two categories over the other states’ Pilgrims Welfare Boards/Agencies and Commissions at the Annual Lecture/Award Ceremony organised by the NGO at the Auditorium of National Mosque, Abuja on Thursday, 22nd September, 2022.

Among the Awards presented to the stakeholders in the Hajj exercise in Nigeria, FCT clinched “The Most Dedicated Pilgrims Board Hajj Officials” and “The Most Innovative Nigerian Pilgrims Board/Excellent Services during the 2022 exercise”.

The best Award “The Most Dedicated Pilgrims Board Hajj Officials” was presented to the Director of the Board, Malam Muhammad Nasiru Danmallam by the Chairman, House of Representatives Committee on Pilgrims, Alhaji Abubakar Hassan Nalaraba.

The Director appreciated the efforts of all stakeholders, especially the officials whose contributions immensely assisted the Board in the successes recorded.

He expressed his happiness over the support accorded to the Board by the FCT Minister of State, Dr Ramatu Tijjani Aliyu, the Permanent Secretary Dr Olusade Adesola and all Management Staff of the FCT Administration during the operation.

While the Guest Speaker at the event, Senator Bala Ibn Na’Allah, presented the second award to the FCTA as the Most Innovative Pilgrims Board in the 2022 Hajj exercise.

The two awards were presented to the Federal Capital Territory in recognition of its superb management of hajj matters in 2022 in two aspects which include the introduction of various languages during the education and orientation exercise as well as general welfare of the FCT contingents both in Nigeria and in Saudi Arabia.

In another development, the Board has commenced refunds of excess deposits to Pilgrims who participated in this year’s Hajj exercise through the Board.

The Board requested all Pilgrims who paid above the two million four hundred and forty-nine thousand, six hundred and seven naira, eighty-nine kobo (N2, 449,607.89k) which was the actual Hajj fare, to present original receipts of payment and Bank accounts details to their respective Area Officers to get a refund of the excess payment.

In order to ensure transparency, the Board requested Pilgrims without Bank Accounts, to write a letter, authorising the Board to effect the refund to the Bank Account number of their choice.