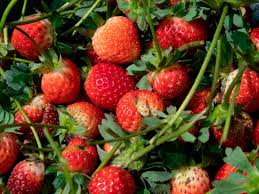 Hepatitis A Outbreak in the US, Canada

The United States and Canada have reported an outbreak of hepatitis A, which is likely to have spread due to contaminated organic strawberries.

The strawberries, which were distributed nationwide, were sold under the brand name FreshKampo or HEB between March 5 and April 25, the US Food and Drug Administration said in a statement late on Saturday.

The FDA said “the fruit was sold nationwide in at least nine grocery chains including Trader Joe’s and Walmart, while the Public Health Agency of Canada (PHAC) said berries were sold between March 5 and 9 at stores in Saskatchewan and Alberta, and are no longer available for purchase in Canada.”

“People who purchased the fresh strawberries and then froze those strawberries for later consumption should not eat them. They should be thrown away,” the FDA said.

What is hepatitis A?
According to the FDA, hepatitis A is a contagious virus that causes inflammation of the liver.

It is primarily spread when “an uninfected and unvaccinated person ingests food or water contaminated with the faeces of an infected person.” The disease is closely associated with ‘poor sanitation’ or hygiene.

The WHO estimates that in 2016, 7,134 people died from the disease (accounting for 0.5 percent of the mortality due to viral hepatitis.)

However, unlike other types of hepatitis, hepatitis A does not lead to chronic disease.

The World Health Organization says that the spread of this virus occurs “sporadically and in epidemics worldwide, with a tendency for cyclic recurrences.” Epidemics related to contaminated food can spread rapidly.

What are the most common symptoms?
The FDA says that the most “common symptoms include loss of appetite, diarrhoea, fatigue, nausea, vomiting, stomach cramps or abdominal pain, dark urine, and yellowing of the eyes and skin.”

In some cases, especially with children under the age of six, they might “not show any symptoms.”

Symptoms typically show after 14 to 28 days of exposure to the virus, and they usually last less than two months. According to Canadian health authorities, mild symptoms might last only one or two weeks, while severe symptoms might last up to nine months.

What are the treatments available?
According to health authorities, there is no treatment available for hepatitis A.

The NHS in the UK also “advises avoiding alcohol consumption to reduce the strain on the liver, and to practise good hygiene such as washing hands with soap and water regularly.”

According to Canadian health authorities, the best way to prevent it is “by getting vaccinated. The risk can also be reduced by washing your hands, having safe food and sex practices, and precautions with food and water.”