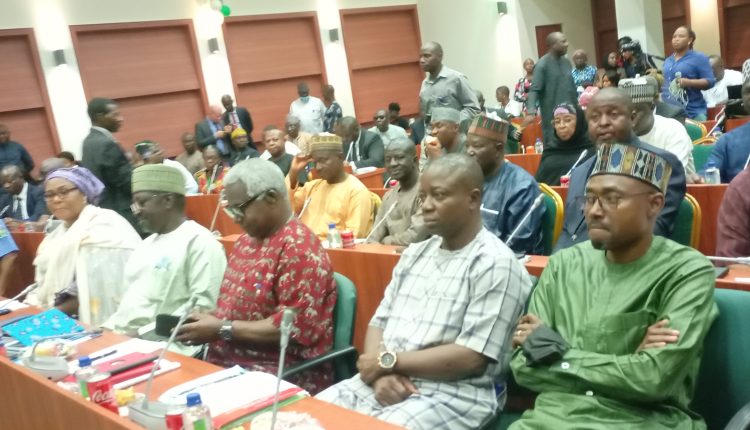 House of Reps inaugurates Committee on merger of government agencies

The Nigerian House of Representatives has inaugurated an ADHOC Committee to Investigate Duplication of Functions of Agencies of the Federal Government of Nigeria.

The Speaker of the House of Representative, Hon Femi Gbajabiamila, who inaugurated the committee, said that the committee aims to reduce cost of governance and prevent redundancy.

He said that the government has noticed that there is duplication of functions by the different agencies which has led to reduced productivity.

“An organization’s vision and mission must of necessity be derived from the mandate and functions enunciated by its establishment act or any instrument that establishes it. Uncertainty sets in when we have multiple agencies carrying out the same functions, leading to bickering, suspicion, and eventually duplication of efforts and waste of hard-earned government resources and time. Governments in the past have put in place measures to ensure effective and efficient service delivery by agencies of government, e.g., SERVICOM, but this could not achieve much without a clearly defined mandate”. Gbajabiamila said.

The speaker noted that in the coming days the Committee will:

iii.    Establish areas of mergers, synergies, and justification of the existence of some of the established Ministries, Departments, Agencies, Boards and Corporations.

He stressed that “ The House of Representatives is not out to witch-hunt any individual or organization, but we are propelled by our desire to ensure good governance and in the exercise of our legislative oversight powers as enshrined in Sections 88 and 89 of the 1999 Constitution of the Federal Republic of Nigeria (as amended).

This Committee is expected to come up with solutions to the apparent continuous conflict of functions and avoidable bickering among established Ministries, Departments and Agencies (MDA’s), resulting in ineffectiveness, inefficiency and redundancy in the government workforce. The Committee is therefore expected to engage relevant stakeholders and members of the public with a view to resolving the areas of conflict among the MDA’s, which may require amending some laws and/or outright repeal, as the case may be”.

Hon Gbajabiamila  urged the MDAs and other critical stakeholders to work with the Committee to complete its mandate in accordance with its Terms of Reference.

The Chairman of the Committee, Victor Mela Danzaria, said that most of the laws establishing government agencies were made during the military regime and are not in tandem with democracy.

He said that subject matter has been a thorn in the flesh of previous governments which led to setting up of various committees in the past.

“It is important to note however that our task is different from that of the Oransanya Committee.Where as their major concern was to reduce the cost of governance, ours is to streamline, merge and if need be, scrap some in order to bring about efficiency in the governance”. Danzaria said.

He assured Nigerians that the committee would conduct detailed investigation into the activities of some of the agencies and come up with a report that would have far reaching decision that would strengthen the agencies.

In his goodwill message, the Director General of the Voice of Nigeria, Mr. Osita Okechukwu, says the initiative is a welcome development.

“We welcome the examination because when you talk of governance in the dire situation that Nigeria finds itself in, nobody would say that it is a wrong idea”. Okechukwu said.

He also said that the committee would bring about checks and balances in governance.

Other agency members of the committee pledged to collaborate with the ADHOC Committee to achieve its mandate.

Meanwhile, the Chief Whip who moved the motion that led to the constitution of the ADHOC Committee, Hon Muhammed Mongunu, said that during series of oversight functions, it was observed that there were various agencies duplicating functions.

” It is out of the totality of our oversight functions over three sessions that generated the motion on the floor of the House and the parliament saw that there was the need to come up with something that would address these challenges”. Monguno said.

He added that the committee needs to establish areas of Mergers, synergies so that existing laws can be justified.