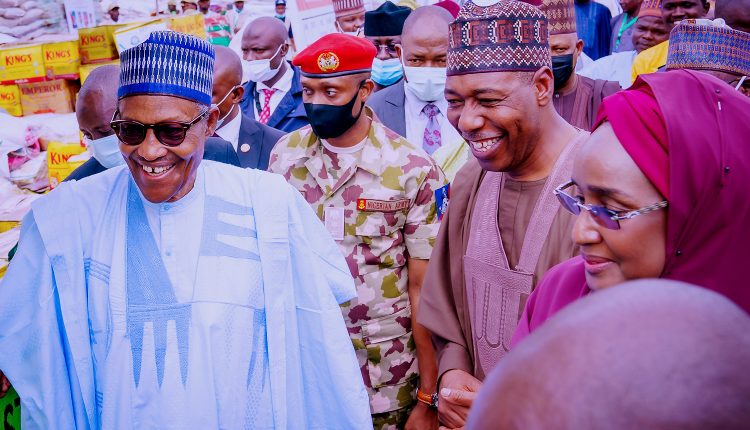 President Muhammadu Buhari has directed the Ministry of Humanitarian Affairs, Disaster Management and Social Development to come up with specific programmes to address urgent threats posed by explosive remnants in the North East region.

The President issued the directive on Thursday in Maiduguri, Borno State on the occasion of World Humanitarian Day 2022.

He affirmed Government’s commitment to reducing the effect of disasters, climate change, insurgency and challenges of Internally Displaced Persons, IDPs. 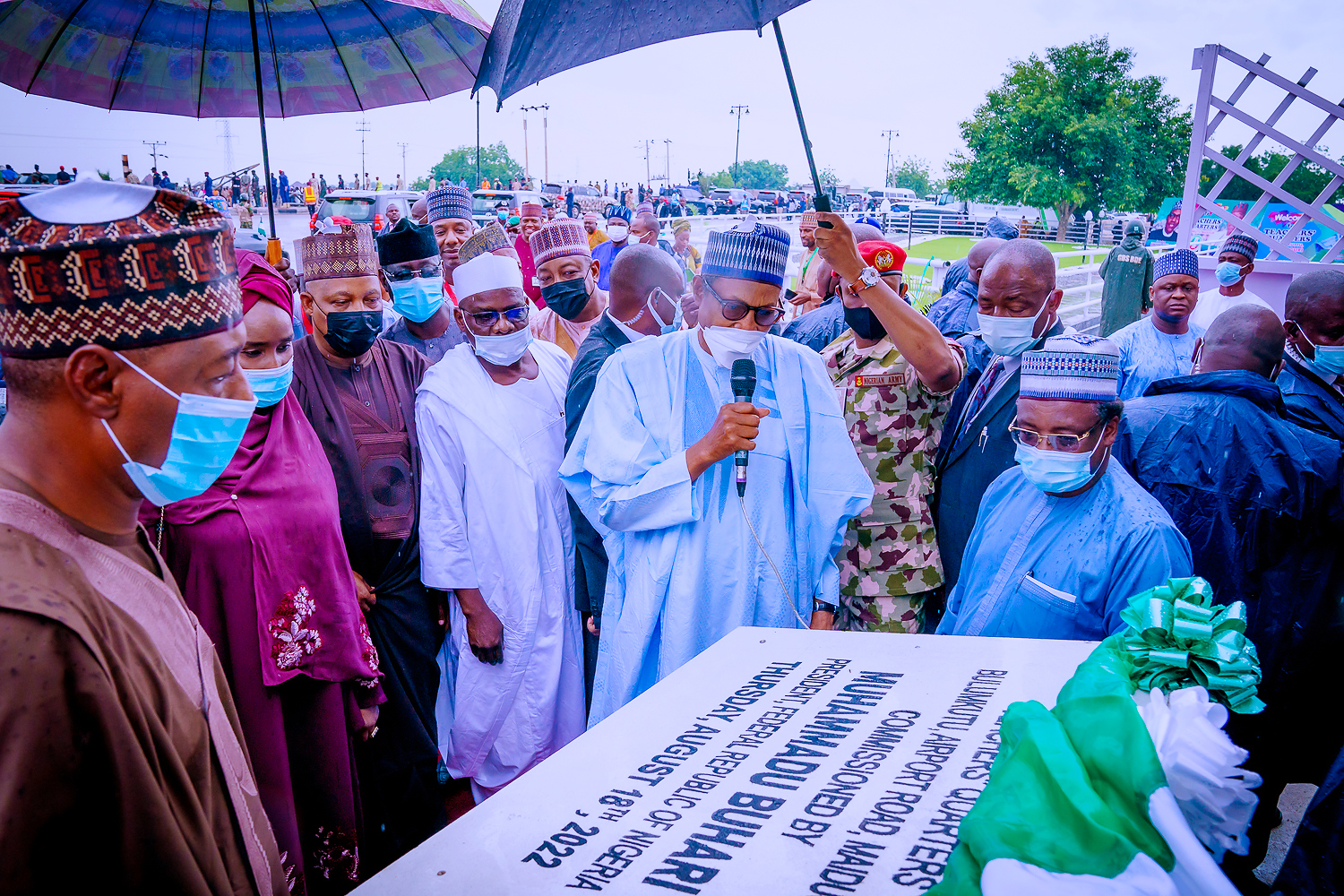 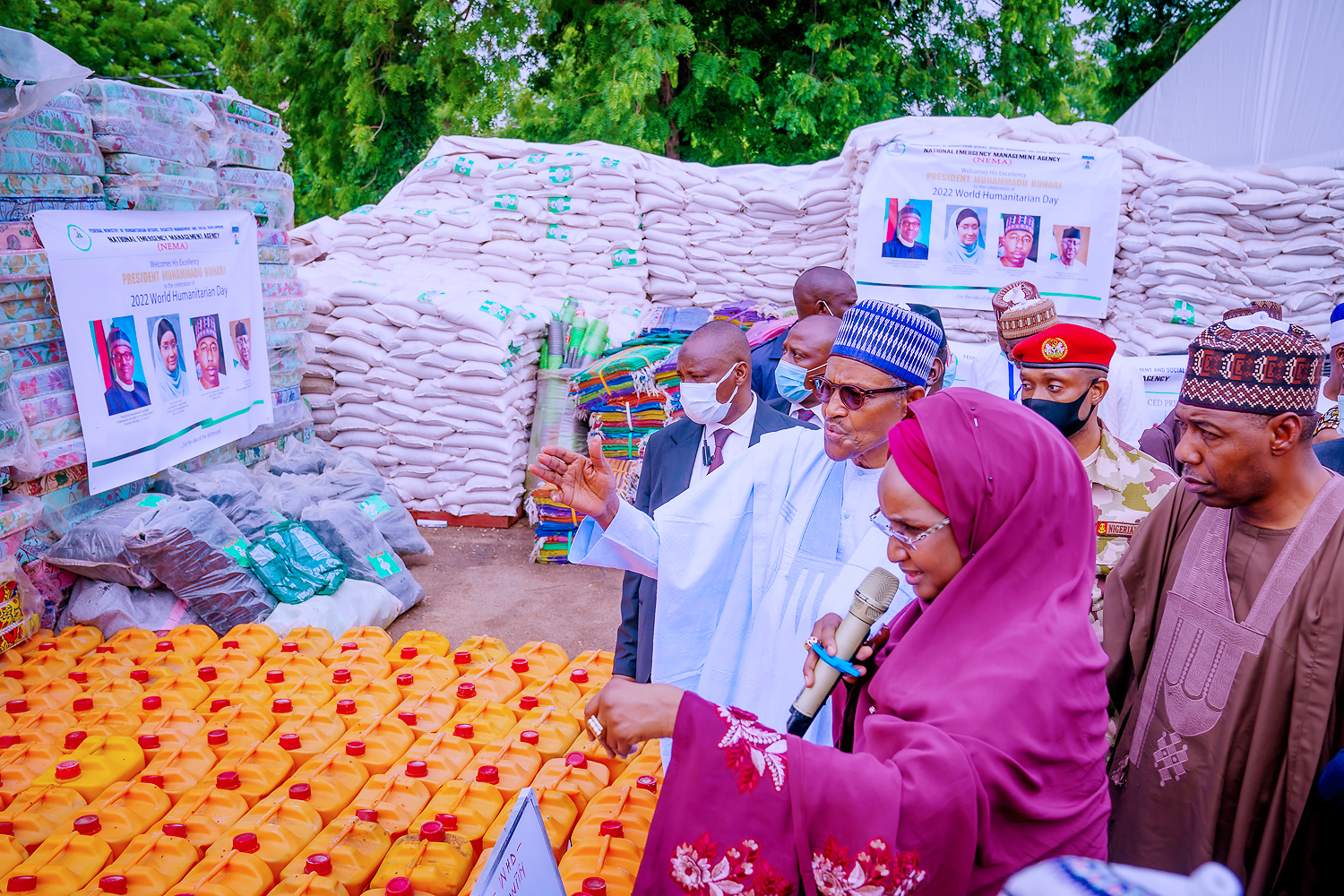 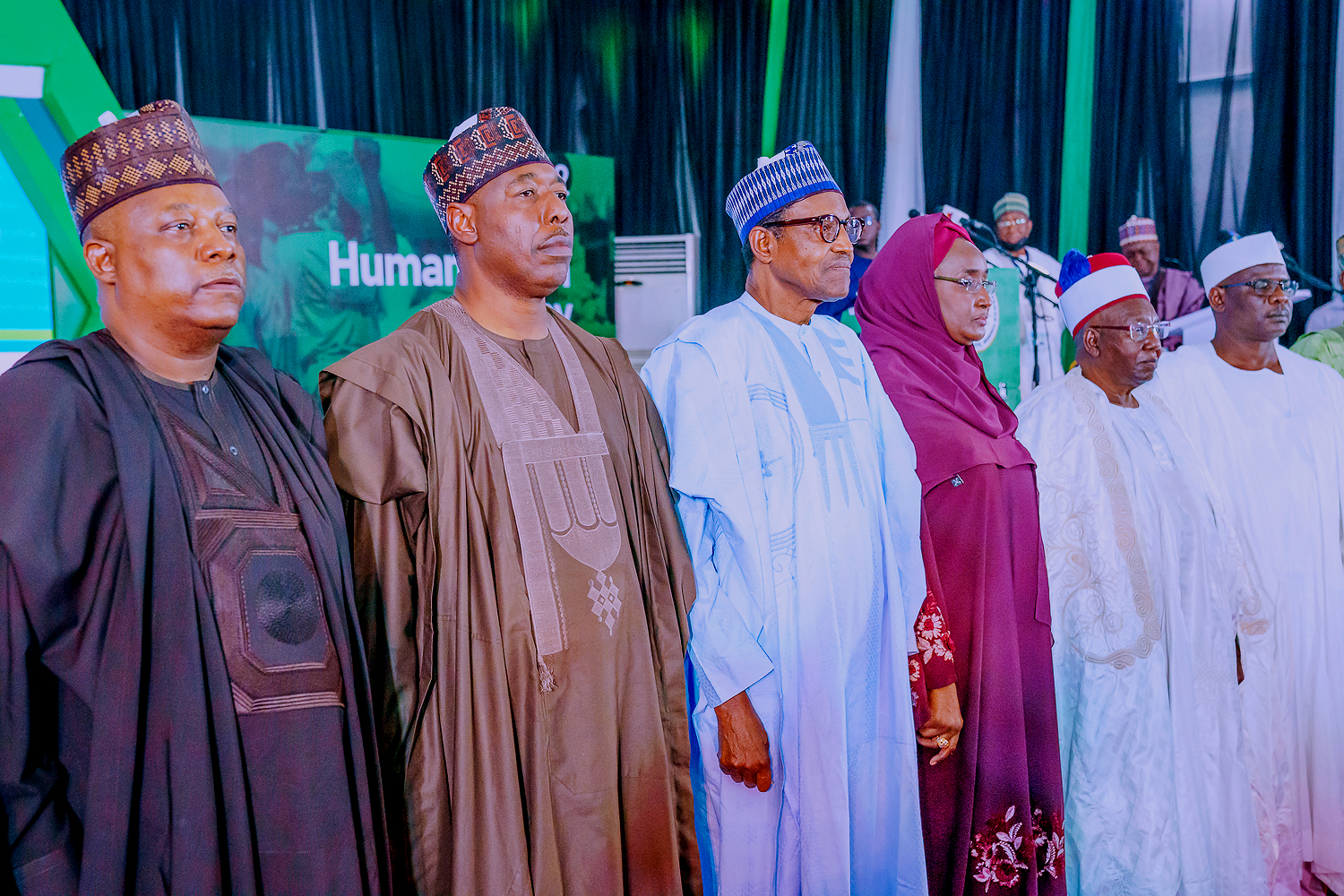 President Buhari directed the Ministry of Humanitarian Affairs and its agencies to pay particular attention to emerging issues amid the return and rehabilitation of Nigerians displaced in the 13-year conflict and insurgency in the region.

‘‘The emerging issues include the increasing number of orphans and widows.

”From our experience in the unfortunate Civil War, I know the threat that unexploded ordnances can pose to returnees even after the conflict has ended as we saw in the latest IED incident in Bama just last week.

”I urge the Ministry and its agencies as well as State Governments and the Special Committee I have set up under the Chairmanship of the Vice President to come up with specific programmes and projects that respond to these emerging challenges of explosive ordnance as well as that of children orphaned by insurgency,” he said. 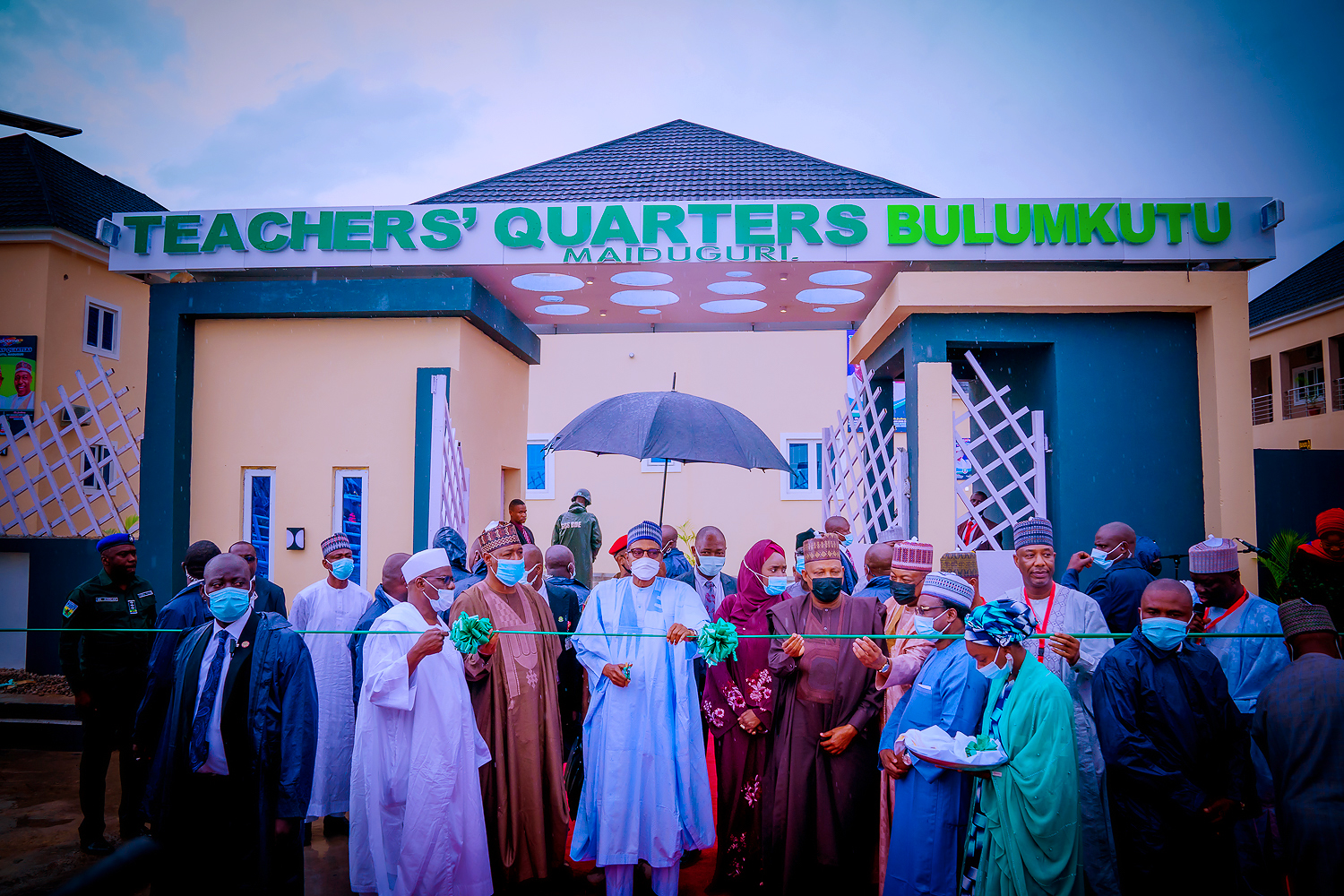 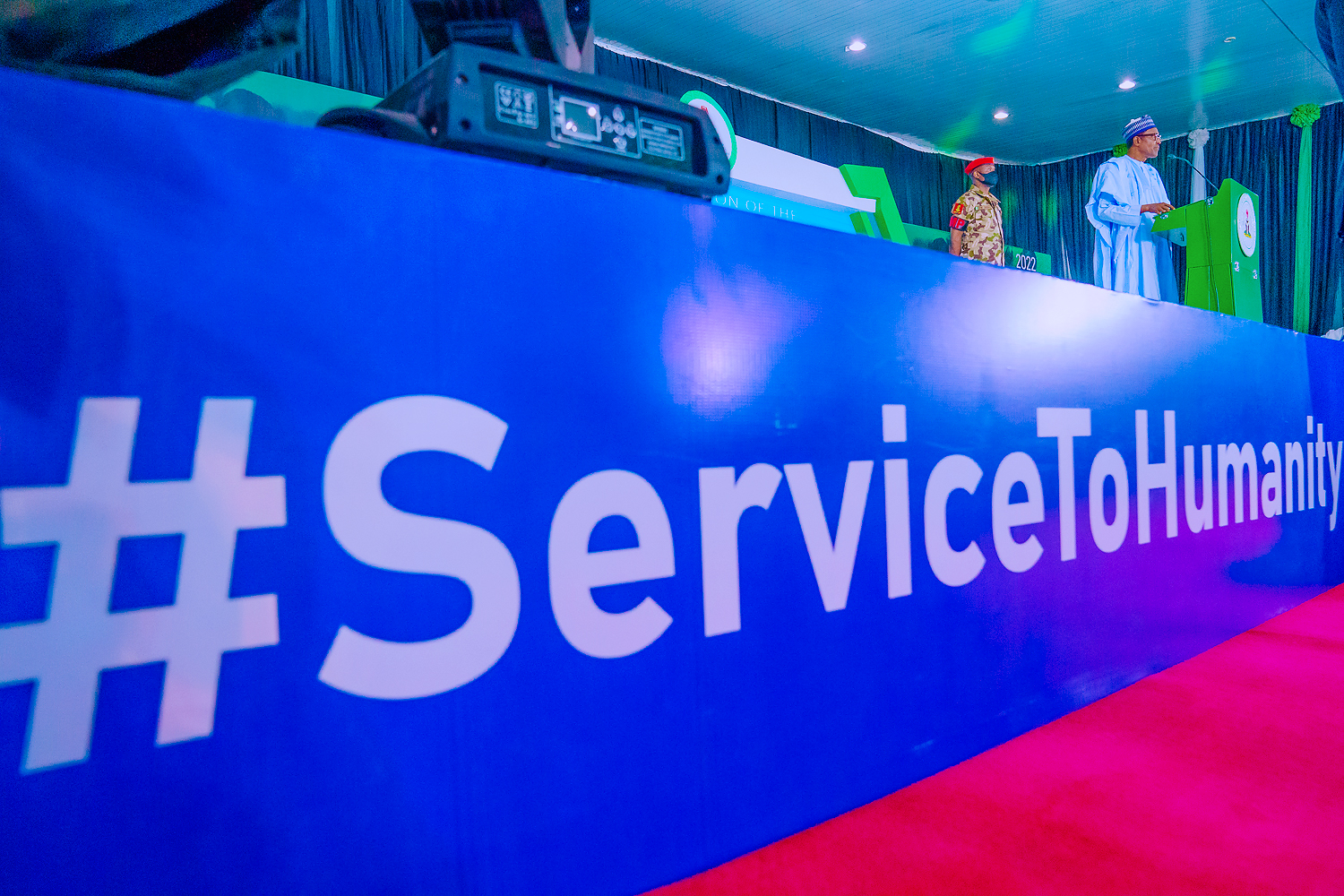 On the fight against insurgency, President Buhari reiterated his directive to security agencies to take the fight to the hideouts of the criminal elements and ensure ”they are completely eliminated.

He said: ‘The Men and Officers of Operation Lafiya Dole, Security Agencies and the Multi-National Joint Task Force (MNJTF) are very much appreciated for their commitment to the fight against insurgency.

”I commend their professionalism and tactical penetration to the hideout of the criminal elements, leading to appreciable improvement of the security situation in this North East Region, without which the resettlement of the IDP’s would not be possible.

”I, therefore, implore you not to relent in your efforts, continue to take the fight to their hideouts and ensure they are completely eliminated.

”I also implore you to ensure adequate security for farmers in their farming activities. Agricultural activities are most needed for settlement and development of the rural areas and this can only be achieved if the farmers are sure of their safety.”  On World Humanitarian Day, commemorated annually on August 19, President Buhari commended all humanitarian aid workers that provide the much-needed assistance to those afflicted by the conflict.

He praised humanitarian aid workers across the globe for distinguishing themselves through their courage, commitment and drive to help their fellow humans in need – often at extreme personal risk to themselves.

‘‘This typifies the nature of humanitarian work and sacrifice, and it is a great testimony for the theme of this year’s World Humanitarian Day which is “It Takes a Village,” he said.

The President led other guests at the event in Maiduguri to observe a minute of silence in memory of all who lost their lives in disasters and humanitarian workers who died in the line of duty.

‘‘On this 2022 World Humanitarian Day and every other day, we stand and shall continue to stand in solidarity with humanitarian aid workers and recognize their tremendous service and sacrifice.

”We celebrate their tireless efforts to save lives, preserve human dignity, and alleviate suffering. Their selfless commitment and actions stand as an example to us all.

”We will also make sure that they have our backing by ensuring that the Federal Ministry of Humanitarian Affairs and Disaster Management, Social Development facilitates their work,” he pledged.

President Buhari also used the occasion to appreciate General Theophilus Danjuma (Rtd) for his support to Borno State Government in rehabilitating many IDPs in the North East.

He described General Danjuma’s humanitarian assistance as significant and patriotic, urging other Nigerians and organisations with the means to support humanitarian work.

The President also thanked the UNDP, the European Union, the government of USA, United Kingdom and Germany, as well as other foreign establishments for their support in complementing the Administration’s effort to stabilise the North East Region.

He urged all relevant public, private and international agencies to support government’s drive to rehabilitate IDPs, care for victims of insurgency as well as commitment to ”on-going processes concerning boko haram/ISWAP members willing to surrender.’

In his welcome address, the Governor of Borno State, Babagana Zulum said the state was enjoying relative peace and stability, thanks to the sacrifices of gallant soldiers, security agencies, local vigilantes and the MNJTF.

He commended the President for his leadership and the successes recorded so far in the war against terror in the region.

The Governor hailed the establishment of North East Development Commission, NEDC and the ongoing installation of a 50MW power generation plant to provide electricity in the State.

He also thanked the President for the recent approval of N15bn for the repatriation of citizens from the North East living in Chad, Niger and Cameroon as a result of the displacement caused by the insurgency.

She stated that since the beginning of this year, six aid workers have been kidnapped in the country.

On the choice of Borno for this year’s event, the Minister explained that it was meant to highlight the humanitarian situation and plight of IDPs in the region and to inspire the much needed change.

While in Borno, President Buhari commissioned the Bulunkutu Teachers’ Quarters on Airport road and Molai 500 low-cost housing estate for IDPs constructed by the State Government with the support of the Nigerian Government.