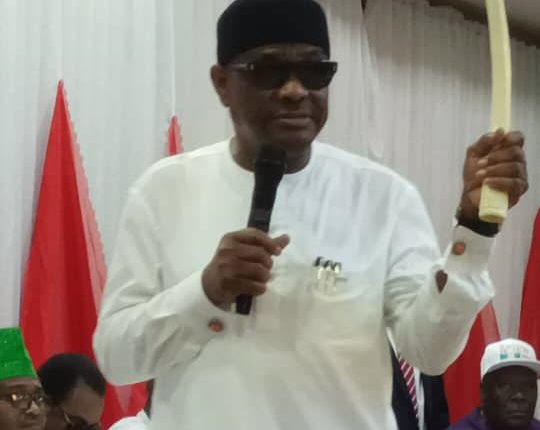 ‘I am running to win the presidential ticket’ – Governor Wike

The Governor of Rivers State in south-south Nigeria, Mr Nyesom Wike, says he is vying for the highest political seat as the President of Nigeria and nothing less.

Governor Wike made the remark in Calabar, the Cross River State capital, when he met with delegates of the Peoples Democratic Party, PDP. 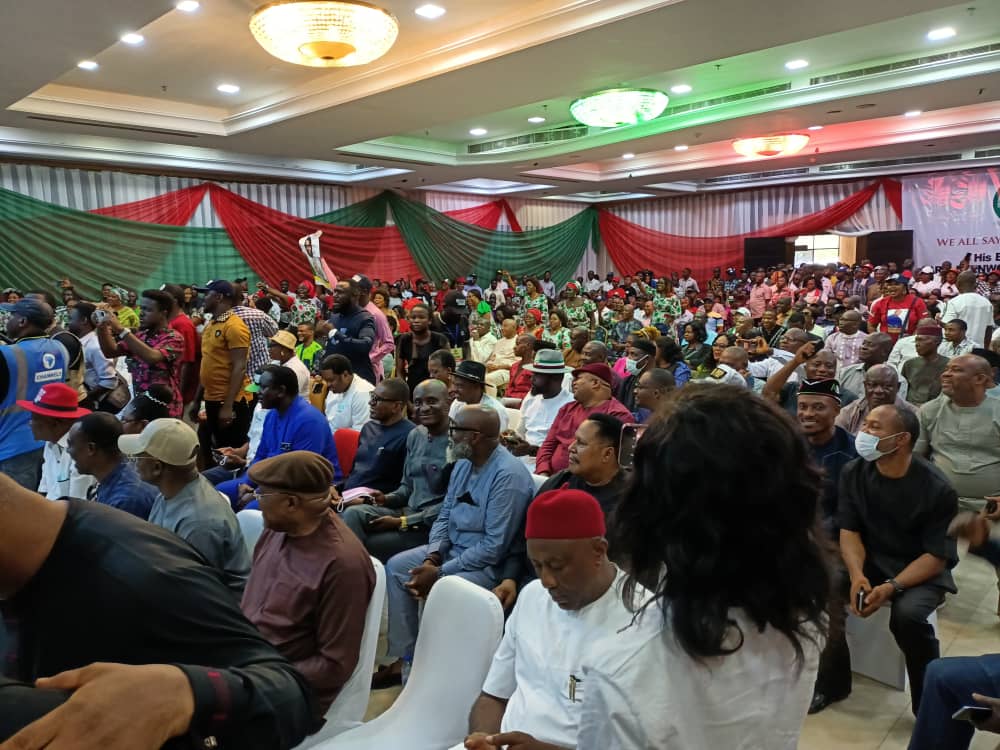 Wike, who was received by officials, prominent stakeholders and other members of the PDP, said that he had to come in person to inform faithfuls in Cross River State of his desire to clinch the presidential ticket and offer services to Nigerians. 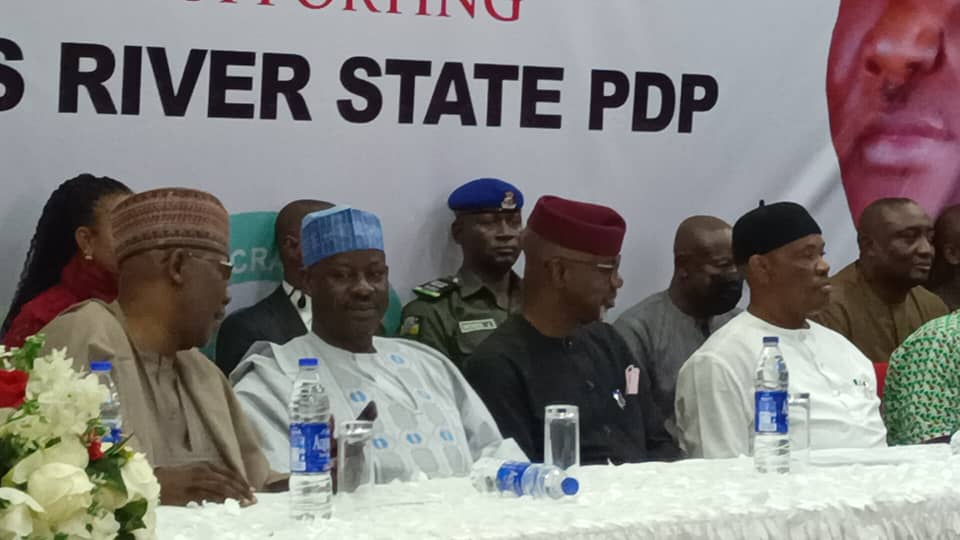 Wike asserted that he alone could remove Nigeria from the doldrums as the current situation was worrisome and unpalatable for Nigerians.

“I want to make myself available to the people of Cross River State that I will run for the President of Nigeria. I am not running for running’s sake, I am going to run and win the ticket,” he stated.

According to him, “I will not negotiate for anything. I don’t want to be a vice president, I want to be president of Nigeria. I have sent no one to represent me. I have respect for those who are delegates.”

GOVERNOR WIKE STATES WHY HE WANTS TO BE PRESIDENT 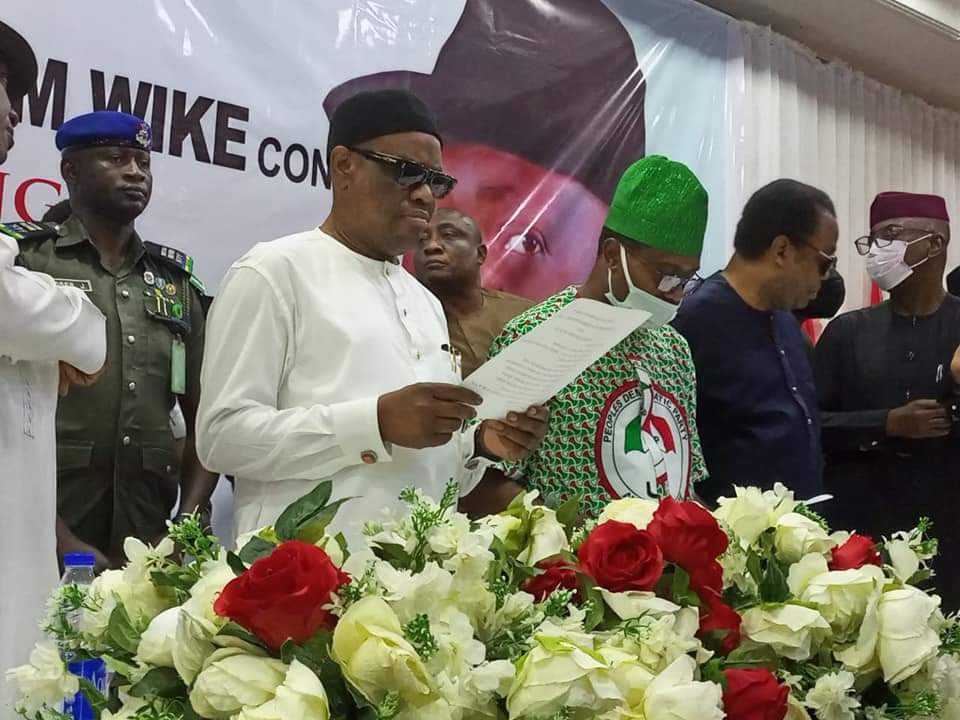 On reasons for his decision to run for Nigeria’s highest political office, the Rivers State governor said that tackling the current insecurity has crippled every sector of the economy.

He decried the rising number of death and insecurity, especially in the past days, which was increasingly worrisome to Nigerians.

Wike suggested that investment in intelligence gathering was essential to ending terrorism, insurgency and banditry across the country.

“You cannot handle security without intelligence. Spending money to buy armaments without spending on intelligence amount to nothing.

“When we spend on weapons alone, we will not just use the weapons without knowing how much should be deployed.

“It is not about building roads. Who will use the roads if people are dying of insecurity? Even agriculture cannot thrive. The first duty of government is security of lives and property. Outside this, there is no governance,” Wike stressed.

“What we are fighting now by testing our laws is to strengthen our democracy. We must not continue to have political harlots.

“Stand by what is right. I commend you on your last outing in the by-election. I speak to you the delegates, do not waste your votes on any other aspirants,” he further urged.

In separate remarks, the former governors of Cross River State, Mr Donald Duke and Senator Liyel Imoke, commended Governor Wike for standing with the party after the defection of Professor Ben Ayade to the APC.

They promised to support him during the forthcoming party primaries on May 28 and 29, 2022, where they would elect the presidential flag bearer. 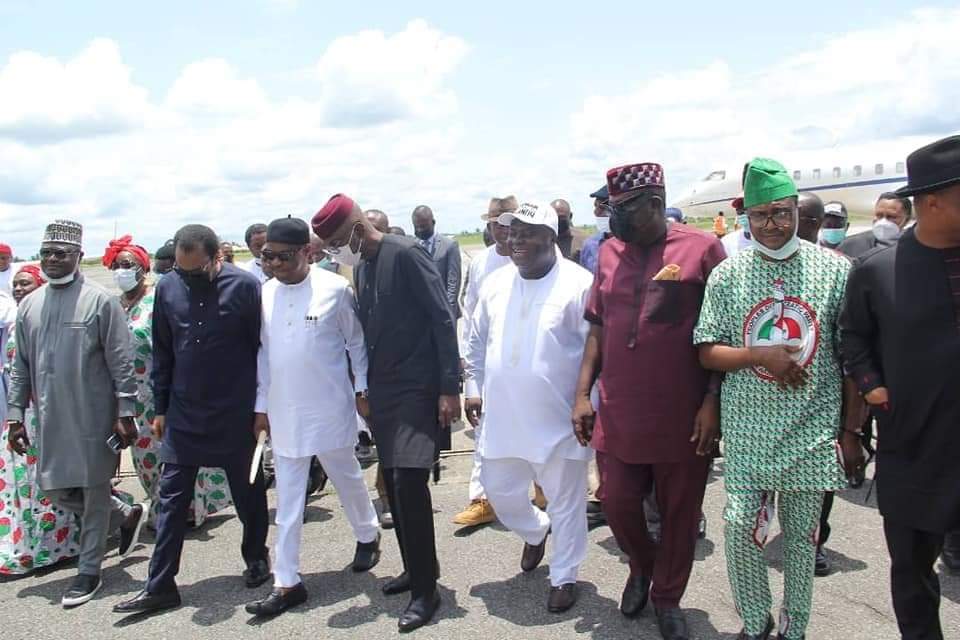 On the entourage of the Rivers State governor was the former governor of Gombe State, Ibrahim Dankwambo, former Attorney General of Nigeria and Senior Advocate Nigeria, Mohammed Adoke and former Minister Abiye Sekibo, amongst others.