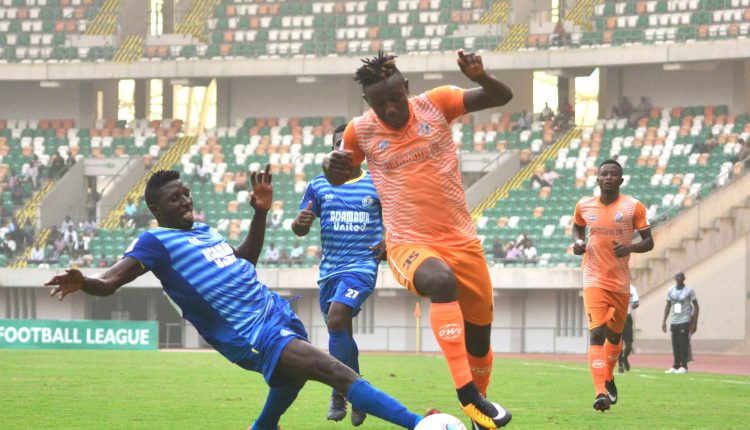 ‘I will take the NPFL by storm’ – Selim Olalekan vows

The 19-year old central midfielder stated this while speaking to VON in Abuja.

Olalekan is currently playing for Dynamic Football Academy in Lagos, but believes his versatility, close ball-control and pace will make him a menace to defenders in the NPFL if he makes the big break.

“Football is something  I do which gives me joy a lot ever since I was a kid. And again, Having the right kind of mindset is really a means of strength and vitality that makes me wants to be the best and it has always been my thought ever since I choose the game has a career,” he said.
“Secondly, the kind of passion I have for football has always been the most powerful force pushing me to become an athlete. Of a truth, that has been the major reason why I can’t quite no matter the circumstances around me.”

Many Nigerian footballers have used the round leather game to change their financial status – especially those from indigent backgrounds.

Olalekan said besides his love for the game, he believes his innate talent will help to change the lives of his family for the better.

“I came from a poor family and I love helping people around me of which I don’t have money to do that now. Well, I strongly believe that God is on my side and playing football will continue to be my primary assignment till I reach my set goals in life. The only thing I believe can end my current challenges and give me much money that will support my vision I have for humanity is football.”

He insists that his exposure to the NPFL will push his quest for future national team appearances in no small way.