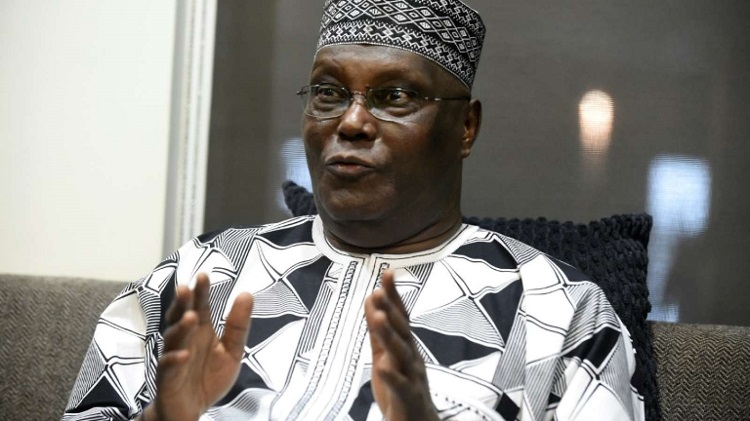 Igbos will be president after me – PDP Presidential candidate

Atiku made this known in Enugu, south east Nigeria at a PDP South East stakeholders meeting held at the BASE event center.

Atiku said, “I am the stepping stone for Igbos to become President of Nigeria”, maintaining that he would win the 2023 presidential polls.

Development Projects
Atiku said he would prioritize development projects in south east and other regions of the country, saying that any project sited in any state of the federation is not a favour to the state rather a favor to Nigeria.

“The second Niger bridge in Onitsha is not a favour to the South East, rather it is or should be seen as a favour to Nigeria. This is because it is not only the people of the south east that use the bridge,” Atiku said.

Atiku added that, ” I have 3 Igbo children and I am saying this for the very first time in public”.

Cardinal Areas
Atiku listed 5 cardinal areas his administration would pay close attention to. They include but not limited to tackling insecurity, economic and other challenges bedeviling the country.

He said that his first agenda would be to restore Nigeria’s unity through cooperation; establish a strong and effective government that guarantees the safety and security of lives and properties.

Atiku promised to build a strong resilient and prosperous economy that creates jobs and lift people out of poverty. He also promised to promote true federal system that will provide strong federal government to create national unity while allowing the federating units to set up their own priorities such as state police.

Meanwhile, Atiku’s running mate, Ifeanyi Okowa lamented that Nigeria had never been more polarized and disunited as it is under the All Progressives Congress, APC leadership.

Okowa said that the only solution to the current insecurity and other problems facing Nigeria is the PDP administration which would be headed by an experienced politician like Atiku Abubakar.

Okowa called on Igbo leaders to be bold in tackling the challenges facing the south east.

The Board of Trustee Chairman, Adolphus Wabara said that they will mobilize votes for the PDP to win the Presidential election

2023 elections: We are well equipped to secure Bauchi/Gombe – Police AIG