Boston Celtics head coach Ime Udoka consoled his young team after their defeat to Golden State Warriors in the NBA Finals series, saying the pain will subside and brighter days lay ahead.

The Celtics suffered a 103-90 home defeat by the Golden State Warriors to lose the best-of-seven series 4-2 and Udoka said there was no escaping the pain.

“It’s going to hurt. It will hurt for a while,” Udoka said when asked what his message was to his squad. 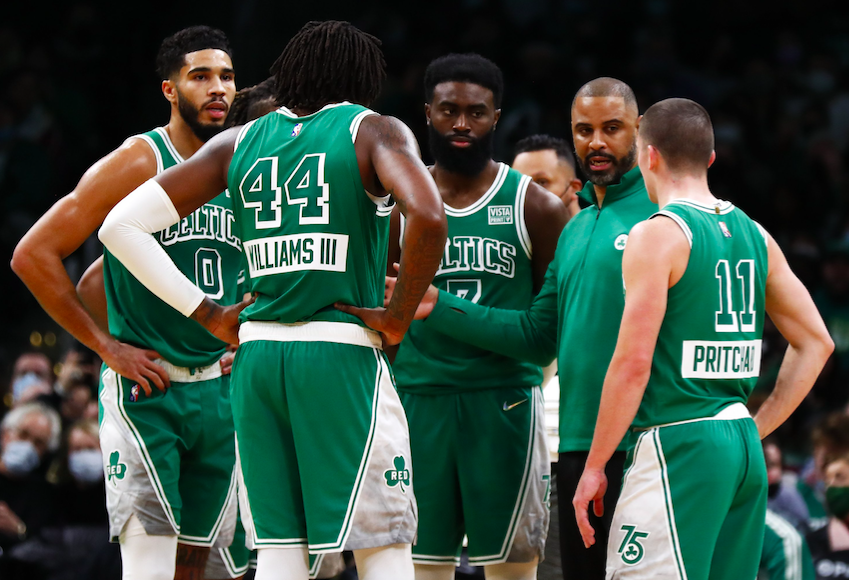 “That was part of the message. Let it propel us forward, the experience. Getting to your ultimate goal and falling a few games short is going to hurt,” Udoka added.

“The biggest message was, learn from this, grow from it, take this experience and see that there is another level to get to.”

The Celtics had youth, size and athleticism on their side but the experienced Warriors, who won their fourth title in eight years, held their nerve in the biggest moments of the series to win the final three games.

“A team like Golden State who has been there, done that. It was evident in a lot of ways,” Udoka added.

“Just don’t come back the same as players, coaching staff. Let this fuel you throughout the offseason into next year.”

The Celtics began the season 18-22 but clicked into gear when Jayson Tatum and Jaylen Brown found their rhythm on offence and their switching defence became the league’s best to earn the second seed in the Eastern Conference.

After getting off to a strong start on Thursday the Celtics’ flaws were exposed again, their 23 turnovers taking the wind out of their sails. They also gave up 15 offensive rebounds to the Warriors.

“We went through hell to get here,” guard Marcus Smart said. “We didn’t play our best basketball, our best series. This is probably our worst series.”

“But we’re young and things we went through to get here showed us what we have to do in the future. I think that’s why we’re confident about the future.”