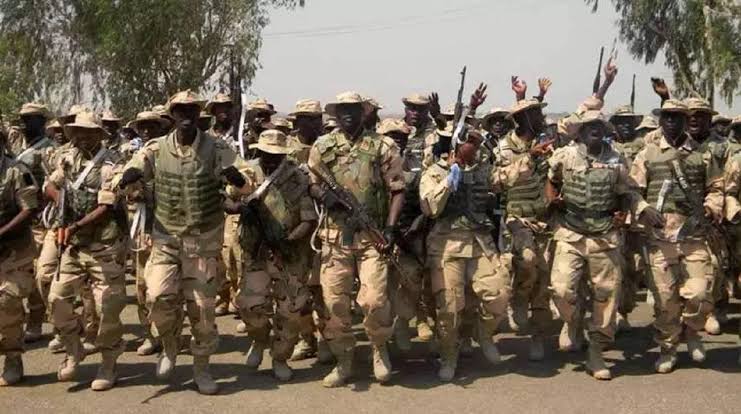 The media industry in Nigeria has been enjoined to keep the public informed with balanced coverage on the Nigerian Armed Forces successes and contributions to national development and identify and focus more on the common enemy of the state.

The Chief of Defense Staff, General Lucky Irabor gave this advice on Thursday, while featuring at the weekly briefing organised by the Presidential Communications Team at the presidential villa, Abuja.

“For the men and women of the 4th Estate of the Realm, need to understand that we also have desires for them to create and influence public opinion to support military operations.

“My appeal to you is, you need to understand who the common enemies are. The enemies because that you see as the enemy of the State is actually your enemy. So, it is for you to focus and zero-in on him so that we will be able to arrest so that we can have better quality of life.

“We can’t continue to think that the military is the enemy of the people. So, we think that the Media changing that narrative, helping to bring that awareness to the people will enable us to be more potent in our actions. If there are areas that we have crossed the line, it is necessary for you to bring that to our notice and we will address it.

“It is also necessary for you to keep the public informed through a balanced coverage of our successes, not only when we have underperformed or below average that you will zero-in on. I think it is also necessary to give hope to the people by looking at what we have achieved.

“I think we need to be driven by the need to build the country because you are operating because there is a sovereign and if we lose the sovereign by virtue of our inadvertent reportage then we will be imperiled,” he advised.

The Chief of Defence Staff hinted that Nigerian Armed Forces over the years have sustained unprecedented achievements through enhanced force structure, leveraged on technology, conduct of kinetic and non-kinetic operations and procurement of new platforms.

While reiterating the nonpartisan stance of the Armed Forces towards the 2023 general elections, the Army Chief gave assurance of the Forces’ contingency plans to facilitate the smooth conduct of the 2023 polls in support of INEC in conjunction with other security agencies.

General Irabor used the opportunity to stress the need for public reorientation, particularly as it relates to the Nigerian military operations in recent times, across the geo Political zones.

He denied the recent alleged publication of the Armed Forces’ abortion plans in the North-East, saying such allegations were mere figments of the writer’s imagination.

He said: “I was informed by the Director of Defence Information that he received a mail from Reuters requesting to have an interview with me and he gave me a letter written by one Alexandra Xavis making all manner of spurious allegations, many of which have now been published by the same Reuters.

“But I said I wasn’t going to dignify such because he was saying that the military since 2013 has been engaged in a planned abortion programme and he also said in that letter that it is perhaps part of government’s design, he also indicated in his letter that 12, 000 abortions have been conducted but they have now published that it is 10, 000.

“He went on to say their sources and I wondered which sources? I thought with the problems we are contending with, I should not waste my energy on such things besides, it falls within the realm of ‘my mind is made up’ and since that was the position of Reuters, I didn’t think it was necessary for me to call them up and engage in that.

“Yes we have a hospital; 7Div hospital, in Malari cantonment, where I lived and that was our major hospital for the treatment of our personnel and their families especially the wounded and I took the Media round the wards for them to see what we do and to confirm to them that the war is real and the wounds inflicted on our personnel is real and it paid off and that is why today sanity has returned to the North-East.

“We are not unaware that there are extra-territorial elements who do not want us to live in peace or move forward. I am also aware that the war economy has affected many people and now that we are making progress, they think that we need to return to the sold order.”

Among other achievements, the Chief of Defence Staff revealed that the renewed military efforts have led to neutralizing 362 bandits, suffocating logistics criminals routes and demolished over 360 illegal settlements near NNPC right of way, while 289 illegal refineries have been destroyed in the Niger Delta region.

He said: “Currently, there has been a ramp up of crude oil production and exports to between 1.5 -1.6 million barrels and we hope that as we continue to interface with the NNPC, and I hope that before February, we should be able to get to our OPEC quota.

“But I want you to know that our working in synergy with the NNPC has been able to help us to arrest some of the malfeasants that had occupied that space. Equally working closely with the Customs in the light of cross border criminalities, over 82,000 bags of imported rice have been impounded in concert with the customs.

“Enhancing kinetic operations and the employment of non-kinetic measures has helped a lot and for that reason, over 362 bandits have been neutralized, we’ve recovered 156 AK-47 rifles with a great cache of ammunition also recovered.”

He also stated that the military has addressed the issue of banditry in the North-West region of the country, adding that the use of technology has led to more successes.

“In the North-West, we are involved in finding a solution to the insecurity that has troubled inhabitants, under the auspices of Operation ‘Hadarin Daji’ and many of those abducted and properties have been recovered.

“And of course, to be able to get to where we are within the North-West, we had to also enhance the force structure to look at the order of battle (OBA) and then reshape it and that has helped us to make an improvement and we also leveraged on technology and that has given us greater efficiency,” he explained.

He warned saboteurs in the Armed Forces that they risk stiffer penalties should they commit grave crimes that could attract death penalty as enshrined in the military rules.

General Irabor stated that the criminal activities that take place across the country are not uniform but peculiar to geo-political zones and the military is up to the task of addressing all of them.