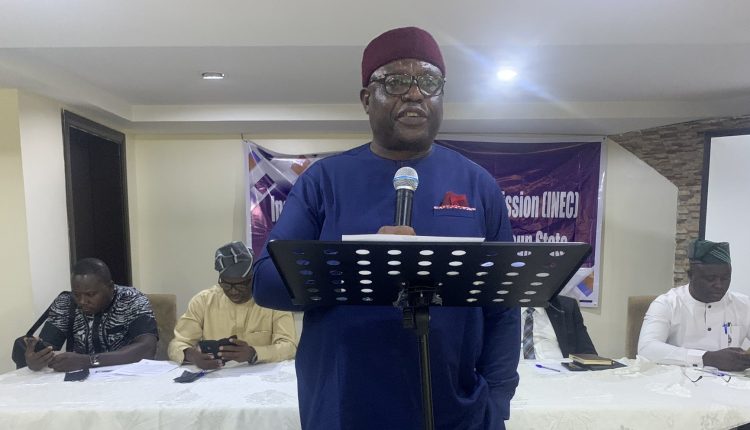 The Independent National Electoral Commission, INEC, has pledged to give the people of Osun State a better organised gubernatorial election on July 16, 2022.

Speaking after opening a roundtable discussion with media executives in Osogbo on Friday ahead of the governorship poll, the Commission’s Chairman, Information and Voter Education Committee, Mr. Festus Okoye, said INEC would put a credible process in place for the people to decide their governor.

National Commissioner and Chairman IVEC, Festus Okoye Esq Charged the media to assist in naming and shaming the vote buyers and sellers in the ongoing Round Table with Media Executives in preparation for the #OsunDecides2022 Election slated for 16th July 2022.@IFESAfrica pic.twitter.com/9ZPZEoDhRV

He added that all sensitive materials for the election would be flown directly to the state by the Airforce and would not be domiciled at the Central Bank.

“INEC has the courage, capacity, and means to organise an election that will be acceptable to the teeming populace, and that is what we will do on July 16.

“INEC is an umpire, not a political party. We are not taking sides. Ours is to ensure that only Osun voters decide who their governor will be.

“BIVAS that will be deployed to the polling units would read the faces; card readers will read the fingers, so anyone whose face and fingers failed to be read may not vote.

“Anyone that has the intention of using fake voter’s card or stores PVCs at home should forget using the same. They will be arrested and handed over to security operatives,” he said.

He also disclosed that over a 1.9million voters are eligible to vote in the coming election across the

According to him, “in Osun Election Media Practitioners are expected to play critical roles by giving out accurate stories that would educate Nigerians on how the election process went—taking into consideration the level of insecurity in the country.

“As we move to the #OsunDecides2022 governorship election, i will really want you to cross check the information you receive and subject it to your own professional Judgment”