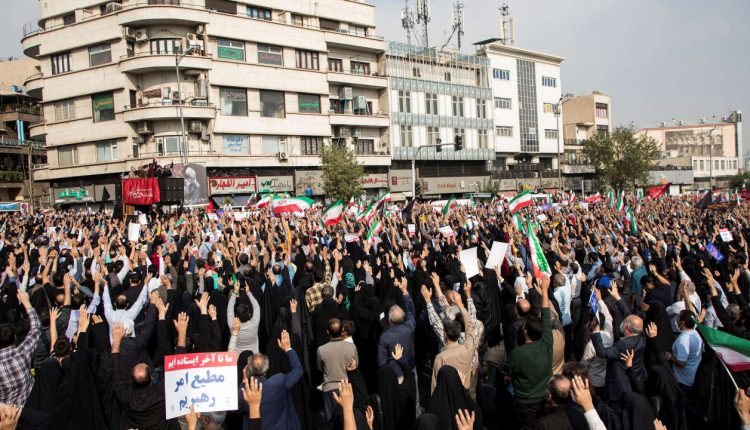 Protesters in Iran have called for a three-day economic strike and a rally at Tehran’s Azadi (Freedom) Square on Wednesday.

President Ebrahim Raisi is due to address students in Tehran on the same day to mark Student Day in Iran.

The call, which was shared on Twitter by unverified individual posts, comes after Iran’s public prosecutor said the morality police whose detention of a young woman triggered months of protests had been shut down.

Similar calls for strike action and mass mobilisation have in past weeks resulted in an escalation in the unrest which has swept the country.

Public Prosecutor Mohammad Jafar Montazeri was cited by the semi-official Iranian Labour News Agency as saying that the morality police had been disbanded.

“The same authority which has established this police have shut it down,” Montazeri was quoted as saying.

He said the morality police was not under the judiciary’s authority, which “continues to monitor behavioural actions at the community level.”

There was no confirmation of the closure from the Interior Ministry which is in charge of the morality police, and Iranian state media said Montazeri was not responsible for overseeing the force.

Hundreds of people have been killed in the unrest which erupted in September after the death in custody of Mahsa Amini, a 22-year-old Kurdish-Iranian woman who was detained by the morality police for flouting the hijab rules.

The activist HRANA news agency said 470 protesters had been killed as of Saturday, including 64 minors. It said 18,210 demonstrators were arrested and 61 members of the security forces were killed.

Iran’s Interior Ministry state security council said on Saturday the death toll was 200, according to the judiciary’s news agency Mizan.

Top Iranian officials have repeatedly said Tehran would not change the Islamic Republic’s mandatory hijab policy, which requires women to dress modestly and wear headscarves, despite 11 weeks of protests against strict Islamic regulations.