Iran scored two late goals in stoppage time to snatch a 2-0 victory from Wales, with goals coming from Roozbeh Cheshmi and Ramin Rezaeian, during their FIFA World Cup Group B match, at the Ahmad Bin Ali Stadium in Ar-Rayyan, Qatar.

Both sides produced few chances in the first half. Wales’s Kieffer Moore had a volley saved by goalkeeper Seyed Hossein Hosseini. Moments later, Iran midfielder Ali Gholizadeh had his effort ruled out for offside. The second half was full of action, with Iran forward Sardar Azmoun producing the miss of the match as his effort struck the post.

Iran’s Gholizadeh then missed the follow-up chance as he fired against the other post, with Azmoun then heading the rebound straight at Wales goalkeeper Wayne Hennessey. The goalkeeper then made another save in the 70th minute, but was sent off moments later for a dangerous challenge on Iran striker Mehdi Taremi after a VAR review

In stoppage time Cheshmi was found on the edge of the box with the net in open sight, launching a thunderbolt of a strike into the bottom corner to give Iran the lead.

The goal shook the Ahmad Bin Ali Stadium, with fans roaring in celebrations. What a stunning goal!!! 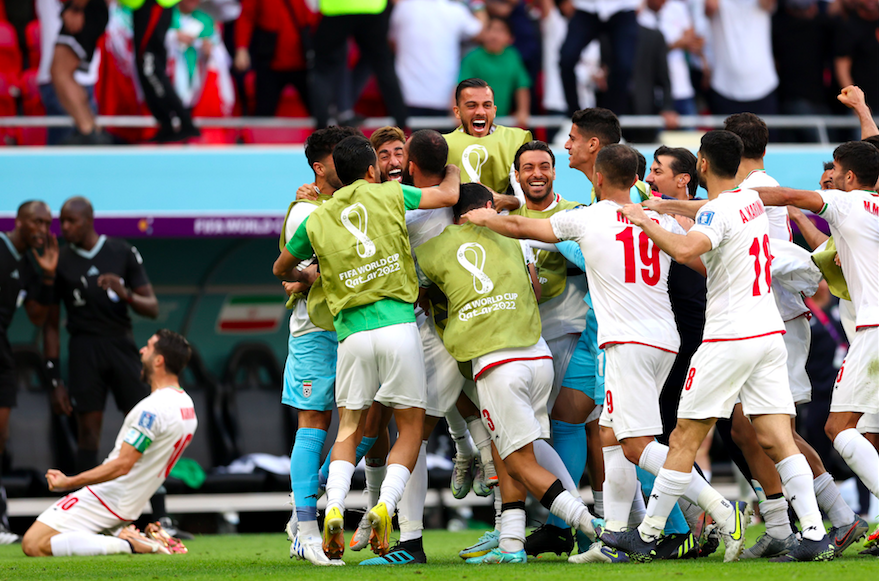 The goal took the steam out of Wales, leaving them open to counterattacks are they pressed forward. FC Porto striker Taremi found Rezaeian in so much space on the right as the clock wound down.

Rezaeian elegantly and audaciously chipped the ball over Wales’ substitute goal keeper Danny Ward and into the net, darting off in celebration.

Iran, who had been facing elimination if they lost, showed that with hardwork, determination and strength, anything can be achieved as they were deserved winners in the encounter.

The win moves Iran to three points in Group B, with Wales recording one point, as they were held to a 1-1 draw by the USA in their opener. England and the USA will face each other later on Friday.