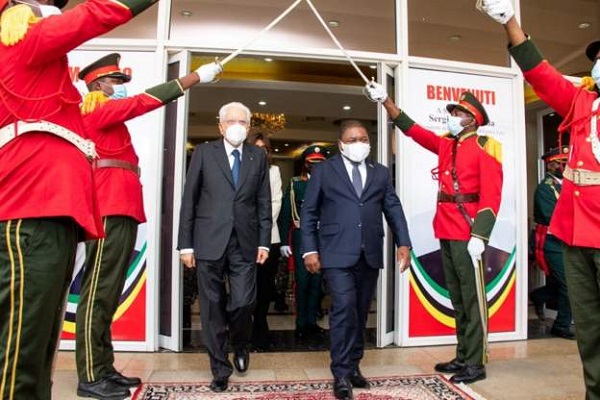 Italian President Sergio Mattarella has visited Mozambique to boost relations as the country looks to cut its reliance on Russian gas.

This is being done via Italian oil giant Eni.

“Collaboration with Eni is important here: it is precious and I hope it can spread to other Italian firms,” President Mattarella said at the presidential palace in the capital, Maputo.

The president said “People don’t eat, don’t smoke gas. That’s why we talk about other areas, including agriculture, industry, fishing and energy, and other areas.”

Following the war in Ukraine, Italy has brought down Russian gas imports from 40% to around 25% following deals with Algeria, Egypt, and Libya among other African countries.