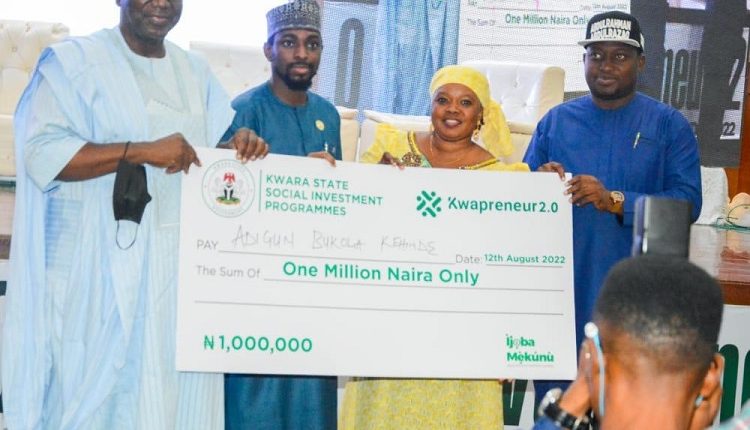 The Kwara State Government has supported businesses owned by 100 young people in the state with N1m grant each.

According to Governor AbdulRahman AbdulRazaq, youth inclusion and productive engagement are a key to sustainable future.

The N1m grant is funded through Kwapreneur 2.0, a programme specifically designed to support businesses owned by young people and funded through the Kwara State Social Investment Programme (KWASSIP). Last year, the scheme gave at least 170 young people an interest-free loan ranging from N250,000 to N3m. The recent programme featured a video testimonial of successful beneficiaries of the loan. 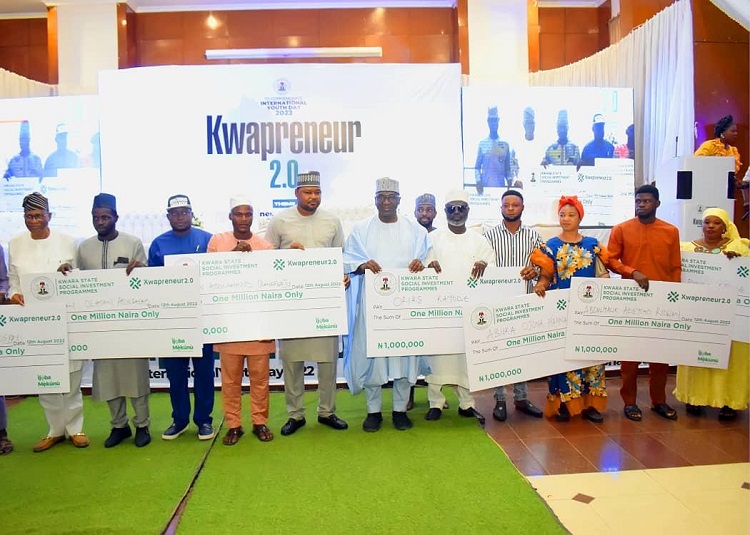 Speaking at an event commemorating International Youths Day (IYD) in Ilorin, the state capital, AbdulRazaq said ’’nowhere in the world is the conversation around the future of young people more important and urgent than in sub-Saharan Africa where up to 70% of the population are below the age of 30’’.

The Governor said the country must seize every opportunity to engage its growing young population.

“This is an opportunity for growth and prosperity. But it could also be a threat to stability, peace, and security on the continent if not managed.

This is why we must not lose the conversation around inclusion, growth, quality engagement and empowerment of young people. For this reason, I align myself with the theme of this gathering, which is Intergenerational Solidarity: Creating A World for All Ages,” he said.

“Our administration has a reputation for listening to, engaging and empowering young people in very practical terms. Many of our projects, programmes, and policy direction have been conceived to benefit especially young people. The innovation hub, visual arts centre, film factory, garment factory, the huge investments in tech-driven basic education, and road projects linking farmlands to city centres are good examples of this.

“Today’s launch of Kwapreneur 2.0 is another example. No fewer than 100 young people will get a grant of One Million Naira each to support their businesses. Not only will this keep them away from violent crimes and protect them from predatory politics; it is another way of strengthening small and medium scale businesses with multiplying effects on the local economy and living standards of the people.

“Kwapreneur 1.0 has been a huge success, with at least 75% of recipient businesses thriving and expanding. The repayment rate of roughly 50% is also encouraging and can be better. I urge all the beneficiaries of Kwapreneur 2.0 to make judicious use of it.”

KWASSIP’s Chief, AbdulQuawiy Olododo said beneficiaries were drawn from a pool of those who had applied for Kwapreneur 1.0 and nominations from artisan groups, community organisations, and youth groups, among others. 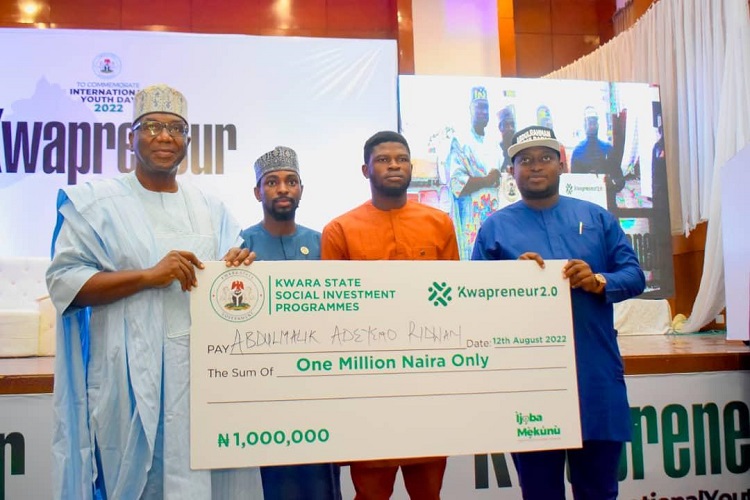 Debating the theme of the event, panelists took turns to commend the government for supporting businesses owned by young people, urging the beneficiaries to make good use of the funds, and to remain committed to their dreams.

Israel said: “What is happening in Kwara in terms of good governance and sincerity of purpose is a beacon of hope that things will soon turn out better in the Country, irrespective of the current challenges.”

Rinsola, said: “Supporting the youth with grants like this is a good initiative, because the government cannot employ everyone. It is a way of making the money work for the people.”

Olohungbebe added: “Your Excellency, you are an achiever. I can boldly say that considering various impactful projects and programmes your administration has executed so far, and for running a government that is youth driven.”

The owner of Item7 said: “The government of Kwara State has been so fantastic. The people running the system have made it possible for us to go this far. It is not possible to replicate what we have done here elsewhere. I tell people always that if you want any environment to do business and make it easy come to Kwara State.”