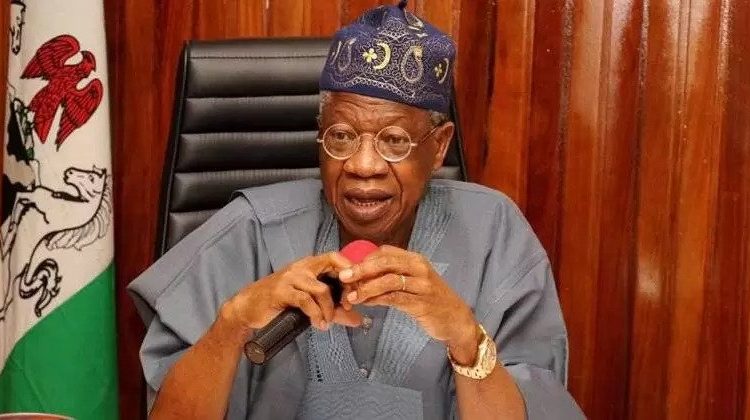 Journalism and the Terrorism Dilemma

When sometime in July this year, the Nigerian government threatened to sanction the British Broadcasting Corporation and a Nigerian Television station known as Trust TV owned by Media Trust Limited over their respective documentaries on banditry and terrorism in Nigeria, many commentators and stakeholders were analyzing and commenting on where and how the 2 TV giants crossed the line.

The Nigerian authorities expressed that tough decision via the country’s Minister of Information and Culture, Alhaji Lai Mohammed where he stated clearly that the media must not be the oxygen that terrorists and bandit use to breathe.

“When otherwise reputable platforms like BBC give their platform to terrorists, showing their faces as if they’re Nollywood stars…I want to assure them that they won’t get away with it, the appropriate sanctions will be meted”- Alh. Lai Mohammed

As a fall out of those documentaries, the Nigerian authority wasn’t alone in calling out the BBC and Trust TV. CEO of Radio Now FM in Lagos, Nigeria and a former staff of the BBC, Kadaria Ahmed also called out her former employers, describing the content as irresponsible reporting. She accused journalists and some global media organizations of becoming a tool for terrorists.

Such submissions have generated debates amongst media scholars considering the fact that journalists have their jobs cut out for them in the midst of conflict and terrorism reportage. Journalists and by extension the media face a myriad of ethical dilemmas ranging from how they select what, and what not, to report, and how they manage their relationships with sources, how they navigate the ethical lines, to how they deal with victims of terrorism, and how they ensure their own personal safety as well.

The debates and scenarios have views from different schools of thought. Some believe that Journalists have both moral and legal obligations towards the societies they live and work in, and also, that while the authorities have an obligation to enforce the law, they equally have a duty to uphold the protections that exist in the Nigerian constitution and in international human rights law and treaties.

On another hand, scholars such as Colombian professor of journalistic ethics, Javier Dario Restrepo, supports journalists’ rights to conduct these interviews with people considered criminal by the authorities. She remarked that one of a journalist’s duties is to in-form on reality as completely as they can. Restrepo believes strongly that a journalist’s natural function is to serve the population, not the authorities.

Whatever the leaning, the reality is that Journalists, media workers and the entire media industry go through a lot of pressure and challenges when engaged in conflict and terrorism coverage. Unfortunately, it is mostly the physical risks part of the challenges that are obvious to see. Meanwhile, there are other myriad of daunting challenges often neglected or unnoticed but keep taking a toll on journalists while on duty. There is no gain saying that journalists have become susceptible to all kinds of outside pressures which tends to suppress objective and accurate reporting, which is the hallmark of true journalism.

For instance, the subtle external power roles that puts undue pressures on journalists and the media, particularly during conflict reporting do truly exists and felt by the direct actors involve, while the society is somewhat blinded about it. As Journalists navigate to be as professional as they can be during conflict or terrorism periods, pressures from advertisers, owners, state authorities and their agents, the audiences and even criminal organizations most certainly impact on the output of their contents and end products.

During conflict or terrorism periods, studies have suggested that why some media contents appear the way they do, both structurally, contextually are not farfetched. Besides, some the external power roles that puts pressure, there are other variables that come into play. Socio-cultural, ethno-religious, psychological factors all contribute to how conflict is reported, particularly in Nigeria. Institutional challenges, welfare and motivation as well as material resources are all embedded in the mixed bag.

However, some are of the view that the best way to handle the dilemma of terrorism reportage is for journalists and the media to strike a balance between the demand and supply of terror reportage. It must also be deliberately noted that regardless of the challenges that occasions the circumstances, journalism entails a high degree of public trust.  It is understandable that naturally, most journalists are repulsed by the use of violence against civilians, nevertheless, this bias against terror must never lead to the violation of the fundamental values of journalism — particularly, the duty to serve the truth.

To earn and maintain this trust, it is imperative for every journalist and news medium to observe the highest professional and ethical standards because that is the constitutional document guiding the profession. It is also worthy to understand that truth is the cornerstone of journalism and must be upheld. In this regard, fact-checking is not only important but compulsory when dealing with conflict and terrorism related materials and contents.

Another dimension that must be paid attention to while covering terrorism and conflict is the aspect of fake news and unreliable contents harvested on social media by unsuspecting media consumers. The proliferation of so-called citizen journalism and the dawn of a continuous stream of information have made it an absolute necessity to check, filter and interpret conflict and terrorism related information and materials collected from social media and micro blogging sites before putting such to use.

As Nigeria grapples with insecurity and terrorism, the media industry and journalists have been increasingly put to tests on the right and ability to inform on events independently and professionally. No doubt, they have been performing to the best of their abilities amidst daunting challenges, risks and pressures. However, there is the need to upscale capacity in this area. All stakeholders must put hands on deck to make it a better area of specialization in journalism reportage.

The Business of Photography

Nigerian Army: A journey into perfection