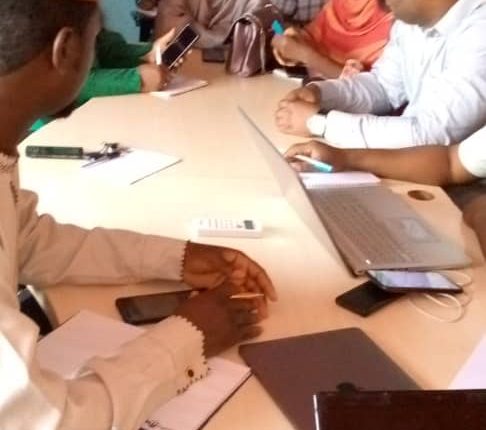 Journalists strategise on domestication of Freedom of Information

A Kaduna based Civil Society Organisation that promotes transparency and accountability, Transparency and Accountability in Totality (TinT) has mobilised Journalists to support the domestication of Freedom of Information, FOI Act in Kaduna State.

The Project Officer of TinT, Musa Suleiman, at a one day media round table on “#KeepItOpen”, disclosed that the media needs to play a key role in the push for the domestication of the act.

According to Suleiman, the initiative was being supported by Palladium, through Gatefield, a public strategy and media group for chance, under the Strengthening Civil Society and Local Engagement (SCALE) project.

The Project Officer said the objective was to advocate for enabling laws, policies, and regulations within the civic space for digital rights and freedom of information, particularly in Kaduna State.

Suleiman further explained that the FoI had been signed into Law since 2011 by the Nigerian government, but that efforts to domesticate the law in Kaduna state has not been successful.

“As a project, we are planning to train and sensitize the Assembly members and leadership of the House so that the bill will get accelerated passage.

“But beyond the members of the Assembly, we equally need the support of the residents of the state to ensure success, and the media will play a critical role in that area,” he stressed.

The Senior Communication and Partnership Lead, TinT, Jamila Dahiru said, the media was a veritable tool in the advocacy to push for the domestication of the FoI Act in Kaduna state.

She explained that the round table on the project was to mobilize media support for the advocacy programme focused on democratizing civic space.

This, according to her, will foster an enabling environment for digital rights in Nigeria and Kaduna state in particular.

“TinT therefore sees the media as essential in advocating for the enactment of this Act and its implementation in Kaduna state.

“As you are aware, the Kaduna state government joined the Open Government Partnership (OGP) as part of its commitment to promote accountability, transparency and citizens’ engagement in governance.

“Integral part of this effort is strengthening and actualizing the public’s right to access information as empowered by the Freedom of Information Act at the national level,” she explained.