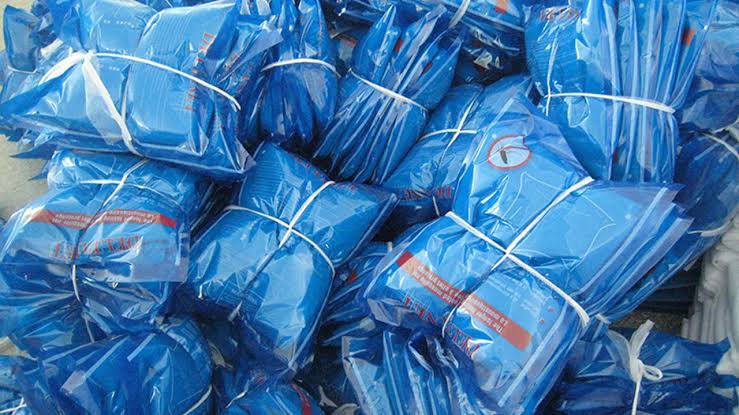 The Federal Ministry of Health, said it has distributed a total of 5,502,455 free insecticide treated mosquito nets to residents in Kaduna State.

The Director, Technical and Programme, Global Fund Malaria, Society for Family Health, John Ocholi, stated this while giving a breakdown report on the completion of the exercise, at Kaduna State Ministry of Health.

Ocholi said 5,509,778 mosquito nets were procured and received by the Kaduna State Government for the 2022 mass campaign, to be distributed to households across the state.

He said a total of 5,502,455 were distributed and 795 are still available and will be handed over to the state government.

“Operationally, insecticide treated nets were allocated to household at one nets for every two persons with a maximum of four nets per household.

He added that, with the distribution, they have recorded 99.9 percent success, with a total of 10,672,861 beneficiaries.

Voice of Nigeria reports that the distribution by Kaduna State Government in collaboration with Federal Ministry of Health, Society for Health and other support organizations, began July 7 to July 27.

Ocholi said during the exercise, monitoring and supervision was ensured by different cadres of monitors from the National, State, LGA and Ward levels.

“We ensured a successful deployment of campaign tools and materials across the 23 LGAS of the State.

“Plans and strategies were adopted to reach inaccessible communities in security challenged areas.”

According to him, lessons learnt during the exercise include, timely submission of personnel, listing is important to facilitate profiling of personnel on the CAT platform.

“Deliberate and early planning when there are overlapping public health activities will be smooth and effective.

“Implementation the Security Advisory Team (SAT) set up by the State provided, guidance on security of campaign personnel and commodities and is recommended to be sustained.

“He said, modified specific strategy in security challenged communities helped in the distribution of nets in such areas.”

He appreciated the Executive Governor of Kaduna State, the State Net Ambassador, Commissioner for Health and other health officials for support given during the campaign.

The Commissioner of Health, Amina Mohammed Baloni, commended them for good teamwork and collaboration by supporting partners.

“The achievement recorded so far are all ours, this is what team work does. You forgot to capture schools and next time we should put it into consideration.”

She said for the units that were not covered, the state government will look into it for solutions. She advised residents to utilise the mosquito nets given and not misuse it.