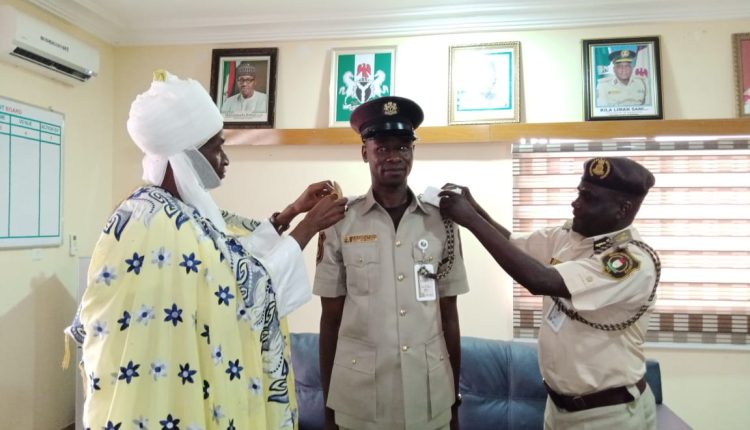 The Comptroller of the Nigerian Immigration Service, Kaduna Command, Sani Liman Kila, has charged the newly promoted officers of the service on diligence.

He tasked the officers to be more determined, focused and put in their best to the service in the interest of the nation.

Kila, while decorating the officers at the Immigration headquarters in Kaduna said they were promoted on merit.

“If an officer is promoted, it is an indication that the officer has given his best to the service, and upon his promotion, such officer is also expected to be more dedicated to the service,” the Comptroller emphasized.

He therefore urged the promoted officers to take their promotion as a reward for hard work and dedication to the service.

About 40 officers were promoted to different ranks with one to them promoted to the rank of Deputy Comptroller.