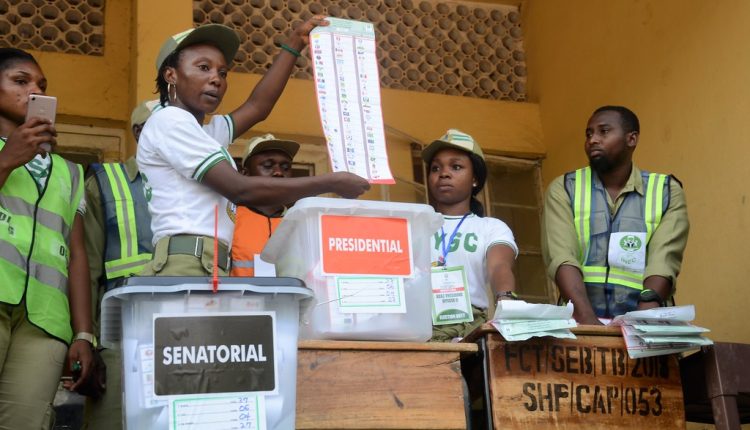 Ahead of the 2023 general elections, the Kaduna State Resident Electoral Commissioner (REC) of the Independent National Electoral Commission (INEC), Dr. Mahuda Isah, has identified thuggery, fake news and other negative tendencies as threats to the election, if proactive measures are not taken.

While speaking at an interactive session with stakeholders in Kaduna, the REC called on stakeholders to ensure that they prevent any electoral violence in the forthcoming elections.
“Thuggery, vote-buying, drug abuse, and fake news are weapons of mass destruction for both election process and democracy.
“They are a threat to peace and interest, and capable of sabotaging the credibility of the entire election.
“Therefore, stakeholders must join hands with INEC to these issues that are inimical to the success of every elections.
“As major stakeholders in the business of elections, I wish to urge you all that this meeting will increase our capacity and skills to come up with modalities of preventing and or mitigating the escalation of any electoral violence and conflict in the forthcoming 2023 general elections,” he said.

While giving assurances that the Commission is ready to conduct free, fair, credible, inclusive and acceptable elections in 2023, he informed that all eligible and valid registrants could collect their PVCs from 9:00 a.m to 3:00 p.m daily, including Saturdays and Sundays.

“The INEC Kaduna office is ready to commence distribution of PVCs.

“Over 8,000 Bimodal Voter Accreditation System (BVAS) machines have been received.

“With the use of the BVAS, coupled with amendments in the Electoral Act 2022, I do not have the slightest doubt that the 2023 general elections will be a huge success.
“But this is achievable only with your collective co-operation,”said Isah.
On enlightenment, the INEC Commissioner maintained that they have been in the media for quite a while producing programmes and jingles in local languages, and conducting interviews.
“Vehicles are also being deployed, traversing all the nook and cranny of the state, enlightening the public on the activities of the commission,” he added.
On election materials, he said, both sensitive and non-sensitive materials have so far been received, including over 8,000 BVAS machines, voting cubicles and ballot boxes, according to the number of polling units.
2023 General ElectionsElectoral violenceFake NewsKADUNA STATENigeria's 2023 ElectionsPermanent Voters' Cards (PVCs)The Independent National Electoral Commission (INEC)Thuggery