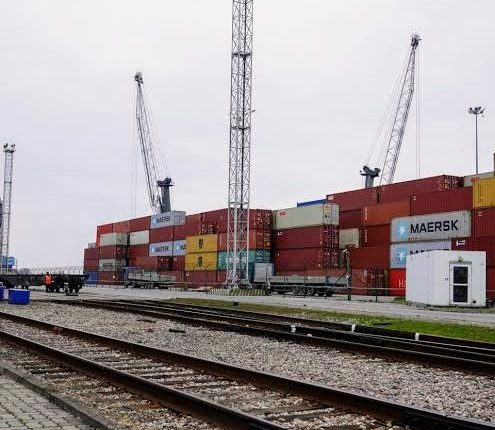 Russia has condemned Lithuania for blocking some shipments by rail to Moscow’s Baltic Sea enclave of Kaliningrad warning that it would face measures of a “serious negative impact”.

Kaliningrad is a Russian city situated between Poland and Lithuania with nearly a million residents. It is connected to the rest of Russia by a rail link through EU- and NATO-member Lithuania.

Lithuania has shut the route for transport of steel and other ferrous metals, which it says it is required to do under EU sanctions that took effect on Saturday.

Lithuanians living just across the border said they have faith in NATO as a deterrent for any potential Russian attacks.

“Nothing bad will happen … because Lithuania is in NATO and in the European Union,” insurance worker Vitalijus Sidiskis, 59, said while acknowledging it was difficult to predict what Russia might do.

He said Lithuania’s actions showed that Russia could not trust the West, which he said had broken written agreements over Kaliningrad.

“Appropriate measures” were being worked out in response, Patrushev was quoted as saying by state news agency RIA, and without elaborating said, “their consequences will have a serious negative impact on the population of Lithuania”.

The standoff creates a new source of confrontation on the Baltic, a region already set for a security overhaul that would hem in Russia’s sea power as Sweden and Finland apply to join NATO and put nearly the entire coast in alliance territory.

The EU sought to deflect responsibility from Lithuania, saying the policy was collective action by the bloc.