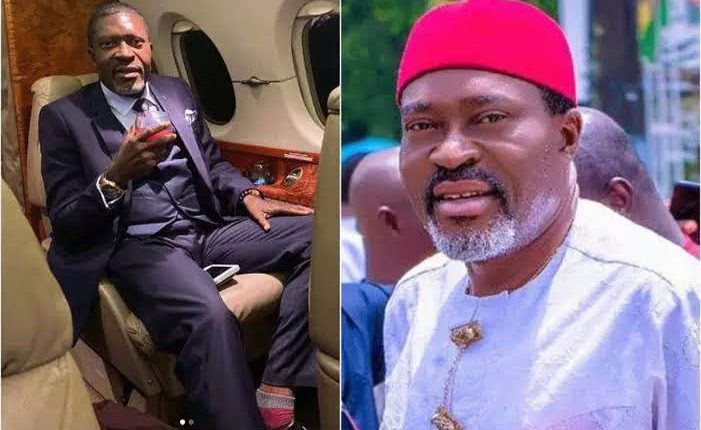 Kanayo O Kanayo urges Nigerians to get their PVC

Nollywood popular Actor, Kanayo O Kanayo has announced that Nigerians who are yet to get their Permanent Voter’s Card (PVC) are part of the problem in the country.

The movie Icon made this announcement via a video shared on his social media handles on Wednesday.

According to the Star;

“You and I have the power to save our country. No one can do it but you. Do not say your vote will not court. First, go and perform your civic responsibility of casting your vote. Going to vote is better than going to church or mosque. Do not misunderstand me.”

“There is no in Jesus Name where they are voting, that is why you have been saying In Jesus Name and these guys have been doing the same thing. There is no voting on social media. It is a physical exercise. If by now you have not gotten your Permanent Voters Card, you have become part of the problem of Nigeria. I tell you that,” Kanayo added.

He joins the list of Nigerian celebrities who have been quite vocal about the need for Nigerians to get registered for the next general elections.

Recall that other celebrities who have been quite vocal about voter education and registration include Peter Okoye, Mr Macaroni, Falz, Davido and Tacha Akide.

Anayo Modestus Onyekwere MFR popularly known as Kanayo O. Kanayo is a Nigerian actor and lawyer. In 2006, he won the African Movie Academy Award for Best Actor in a Leading Role for his performance in the movie Family Battle.