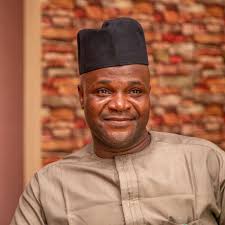 The Kano State Governor Abdullahi Ganduje has congratulated Tukur Arab on his new appointment as Head of Hausa Service of the Voice of Nigeria, VON.

Arab, an indigene of Kano State was described by Governor Ganduje as “a professional who believes in ethical practice and commitment to duty.”

He said; “Arab’s appointment as the Head of Hausa Service of VON is not only a reward of hard work to him alone, it is a good omen for the state and other professional colleagues.”

The Governor urged Arab to continue with the good work he is being identified with, stressing that, “His elevation to this position is an attestation to his dedication, good work and compliance with global best practices.”

Governor Ganduje urged other professional colleagues of Arab to take a leaf from him and work hard to attain ethical standards in their professional and assigned responsibilities.