The Beach Soccer League which has run for the past 2 years kicked off its 2023/2023 season with the first round of matches, at the Race Course Birnin-Kebbi in the capital city of Kebbi State on Friday. 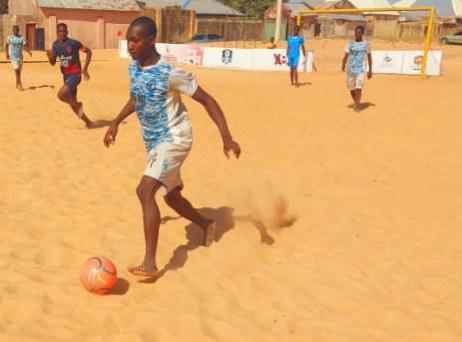 In the second game also decided on Friday, Bam Project BSC beat opponents Dallatun Kalgo BSC 6-1 as Abu Reyes was the man who thrilled hundreds of spectators that came around to witness the game.

Two other games that were to be decided in the afternoon session were postponed due to unforeseen circumstances.

Action will continue on Saturday with Yab Foundation BSC hoping to bounce back from their defeat as they take on Atiku Bagudu BSC in the first game of Day 2. Iliyasu Sports BSC will face Bam Projects BSC.