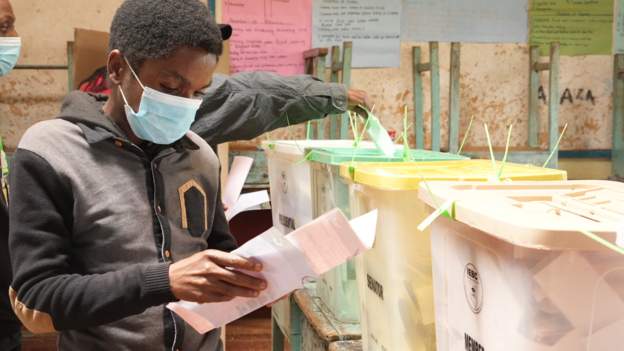 Polls have officially closed in Kenya though those still in queues can vote.

Reports says the polling station at St Joseph’s School in the west of the capital, Nairobi, was closed promptly by police at 17:00 local time.

This was despite pleas from voters, saying they had friends who had yet to join the queue.

While most polling stations in Kisumu in western Kenya a stronghold for presidential frontrunner Raila Odinga remain open as voters are still queuing.

Those who were in line when polls closed minutes ago are still allowed to vote.

However, the results are being awaited.