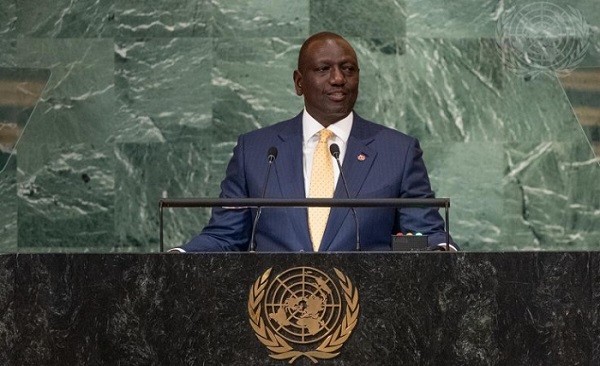 President William Ruto has committed to rallying the global community to mobilize resources for climate adaptation.

This comes following an unprecedented famine in the Horn of Africa region and Kenya’s northeastern.

Ruto noted his administration has had to reorganize the budget so that resources for food relief can be deployed in the drought-struck northeast.

“They have not harvested the last four years. They have had failed rains for the last four seasons. 70% percent of their livestock, they have lost and therefore it is a real serious situation,” he said.

The Head of State blamed climate change for the drought situation and said that it is the reason Kenya is championing climate change.

“That is why Kenya is providing leadership on matters to do with climate change because we are living it every day. We can see it on our faces every day, the effects of climate change,” he said.

Financial Support
He further called on multilateral institutions and lenders for support.

“And that is why Kenya will be looking at COP27 to provide the framework where financing for climate adaptation, climate mitigation, 13 years ago, pledges were made for 100 billion dollars every year, nothing has been forthcoming.

“I was asking the multilateral financial institutions to re – think because many countries are re – organizing their budgets to provide for climate change effects rather than their development,” he said.

Ruto further insisted on the need for international communities to engage countries in the African continent with a view to finding a sustainable solution.

This brings the total number of counties in the alarm phase to ten.