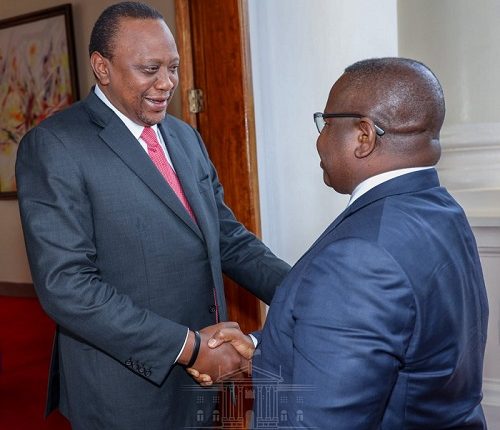 President Bio arrived in Nairobi on Saturday night to begin a five-day official visit to the East African country.

On Monday, he was received at State House by President Kenyatta, where they held bilateral talks on various issues.

On Sunday, President Bio attended celebrations to mark the International Day of UN Peacekeepers, a day set aside by the UN to pay tribute to the uniformed and civilian personnel’s contribution to the work of the Organization and to honor nearly 4,200 peacekeepers who have lost their lives serving under the UN flag since 1948.

The Sierra Leonean leader is also scheduled to be the chief guest at Kenya’s Independence Day celebrations on June 1.