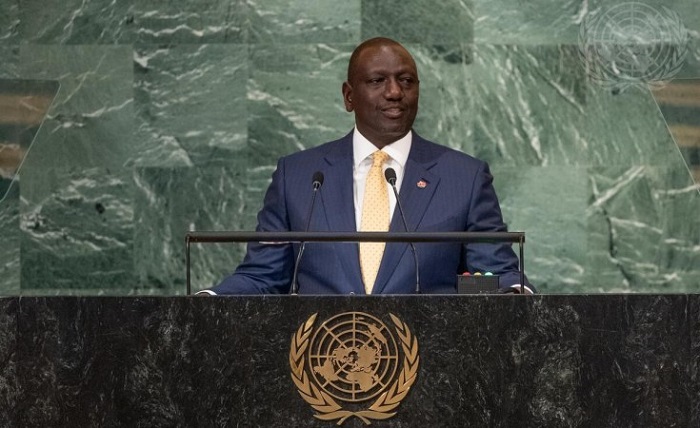 The Kenyan president said the heavy burden of debt repayments risked wiping out development gains on the continent.

He said that African countries were particularly burdened by conflict and climate change.

“Our home region of Eastern and Horn of Africa is, in particular, burdened by significant conflicts and changes with implications for the region’s development,” Mr. Ruto told delegates.

The call for debt relief comes at a time when several African countries have expressed concern over the weight of repayments.

According to the country’s national treasury, Kenya last year spent $6.5bn to repay debts, which is more than half of the revenue collected by the government.

Debt repayments to rich countries and organisations like the IMF and the World Bank have been on the rise in many African countries, with experts now concerned that the payments could stall development.

Recently, Zambia received a $1.3bn interest-free loan from the IMF as a bailout measure to enable the Southern African nation to renegotiate its debt.