The killing of a Nigerian street trader in broad daylight by an Italian in central Italy has sparked outrage.

The Nigerian man, Alika Ogorchukwu, was attacked by a 32-year-old Italian while selling goods on the main street of Civitanova Marche, a beach town on the Adriatic Sea.

Police have arrested the Italian on suspicion of murder and robbery.

Video footage of the attack has circulated widely on Italian news websites and social media, eliciting outrage with many highlighting the “indifference” of witnesses.

The recording, reportedly made by onlookers without any attempt to intervene, shows the assailant wrestling the victim onto his back on the pavement as he fought back, eventually subduing Ogorchukwu with the weight of his body. 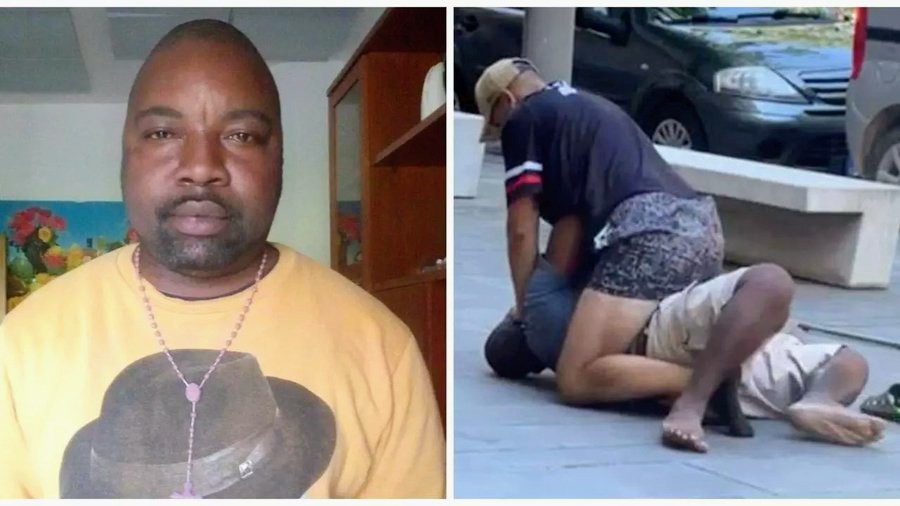 “The aggressor went after the victim, first hitting him with a crutch. He made him fall to the ground, then he finished, causing the death, striking repeatedly with his bare hands,” police investigator Matteo Luconi told a news conference.

In a statement by the Nigerian embassy in Italy, Nigeria’s Ambassador Mfawa Omini Abam condemned the gruesome murder and also commiserated with Mrs Charity Oriachi, wife of the deceased and the rest of his family.

Please find a Press Release by the Nigerian Embassy in Italy on the killing of Alika Ogorchukwu.

The attention of the Embassy has been drawn to the brutal murder of Alika Ogorchukwu pic.twitter.com/BqOkZ5f0yx

The attack has also been condemned by Italian politicians.

“The murder of Alika Ogorchukwu is dismaying,’’ Enrico Letta, a former prime minister and the head of the left-wing Democratic Party, wrote in a tweet.

“Unheard of ferocity. Widespread indifference. There can be no justification.” Letta added.

Also Read: “We will defend interest of our Nationals Abroad”-President Buhari

Right-wing leader Matteo Salvini, who is making security a plank of his campaign, also expressed outrage over the death, saying “security has no colour and … needs to return to being a right.”

On Saturday hundreds of people from the local Nigerian community took to the streets of Civitanova Marche, in Marche region, to demand justice.

“The Embassy is currently collaborating with relevant Italian authorities to ensure justice is served and to provide succour to the family of the deceased,” the statement read.

Ambassador Omini Abam enjoined members of the Nigerian community in Italy to remain calm and to refrain from taking laws into their hands.

Alika Ogorchukwu was married to Charity Oriachi and they have two children.

Ogorchukwu resorted to selling goods on the street after he was struck by a car and lost his job as a labourer due to his injuries, said Daniel Amanza, who runs the ACSIM association for immigrants in the Marche region’s Macerata province.