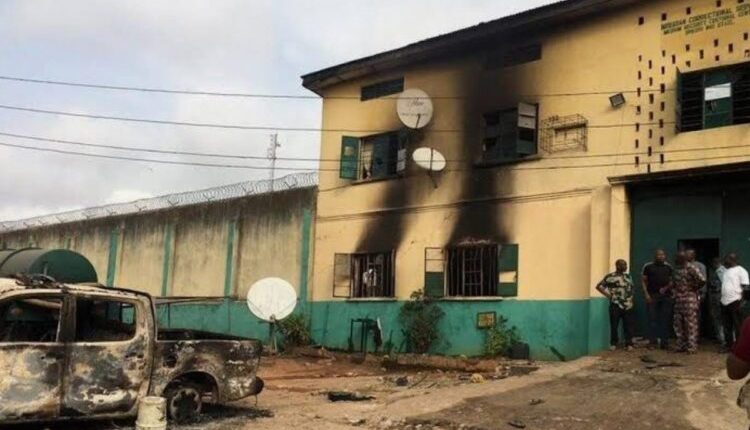 Malam Bello gave the task on Wednesday when he visited the Kuje Minimum Correctional Service to have an on the spot assessment of the incident.

The Minister disclosed that the Gomo of Kuje, HRH Haruna Tanko Jibrin, has been told to summon all the local chiefs and community leaders under him and work with relevant security agencies to ensure that those who escaped the jail were traced, found and returned to the Service.

He described the incident as a very sad and unfortunate one, adding that such incidents threaten everybody hence everyone should support the security agencies to do their job.

The Minister also stated that all areas that needed to be strengthened would be strengthened, and called on residents to continue to pray to God to provide guidance to the security agencies.

Malam Bello then expressed condolences to the Gomo of Kuje, and sympathised with the family of the Nigeria Security and Civil Defense Corps officer who lost his life during the incident, describing him “a very fine and gallant officer”.