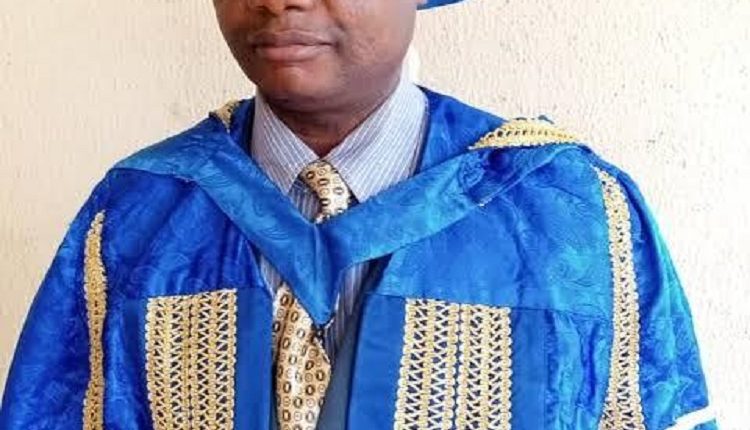 The Rector, Kwara State Polytechnic, North Central Nigeria, Engineer Muhammed Abdul has charged Nigerians to join the Federal Government in its fight against corruption in order to create a sanitized country and a better place for all.

Mr. Abdul, made this statement during the inauguration of the reconstituted Anti-Corruption and Transparency Unit (ACTU), of the institution.

Abdul who was represented by the Deputy Rector (Academic), Mr. AbdulRahman Isiaka, noted that the unit which serves as an in-house check mechanism for corruption prevention within the institution is an initiative of the Independent Corrupt Practices and other related offences Commission (ICPC) approved by the federal government.

The Rector admonished members of ACTU to always discharge their duties without fear from any quarters and urged them to assist the management in driving the institution’s core values and guaranteeing staff integrity.

The ICPC Commissioner in charge of Osun, Kwara and Ekiti States, Demola Bakare, in his inaugural lecture, disclosed that ACTU is empowered by the Federal Government to undertake periodic sensitisation of staff against corruption, and to examine systems, processes and procedures that are prone to corruption and proffer recommendations.

He added, that as an anti-corruption unit, it is their responsibility to monitor the implementation of the institution’s budget and undertake preliminary investigations into complaints that may be received among others.

He, however, disclosed that ACTU is not established to challenge the management, but to complement its efforts to promote transparency and accountability within the institution.

The Chairman of ACTU, Mr. Fabiyi Felix, noted that his team will assist the management in creating a sanitized work environment, stressing that they will not betray the confidence reposed in them.

The team was inaugurated by the ICPC Chief Superintendent (Legal), Mr. Elijah Akaakohol.