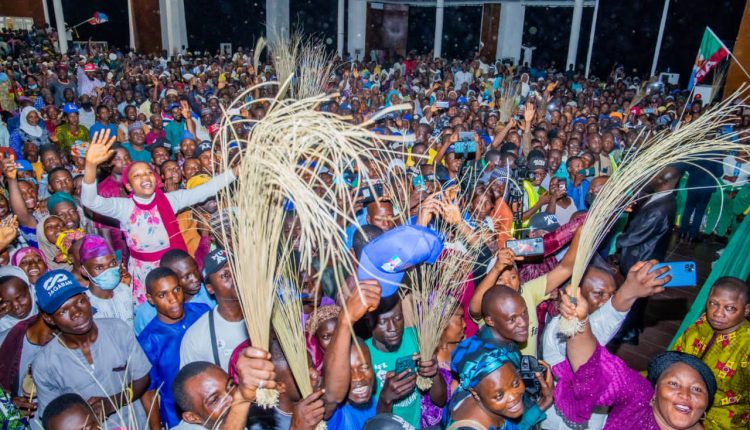 The Ruling All Progressives Congress, APC on Thursday harvested tens of thousands of defectors from opposition political parties in Ilorin, the Kwara State capital.

The defectors were received by Governor AbdulRahman AbdulRazaq alongside several top government officials and party chieftains such as Kwara APC chairman,  Sunday Fagbemi; and Director General of the APC Campaign Alhaji Yahaya Seriki; among others at an impressive turnout.

According to observers, the development further underlines the popularity of the state Governor, AbdulRahman AbdulRazaq and his government.

They all attested to the impressive performance of the administration in education, healthcare, workers’ welfare, rural-urban infrastructural development, women and youth empowerment, and safety nets for the poor and the vulnerable. 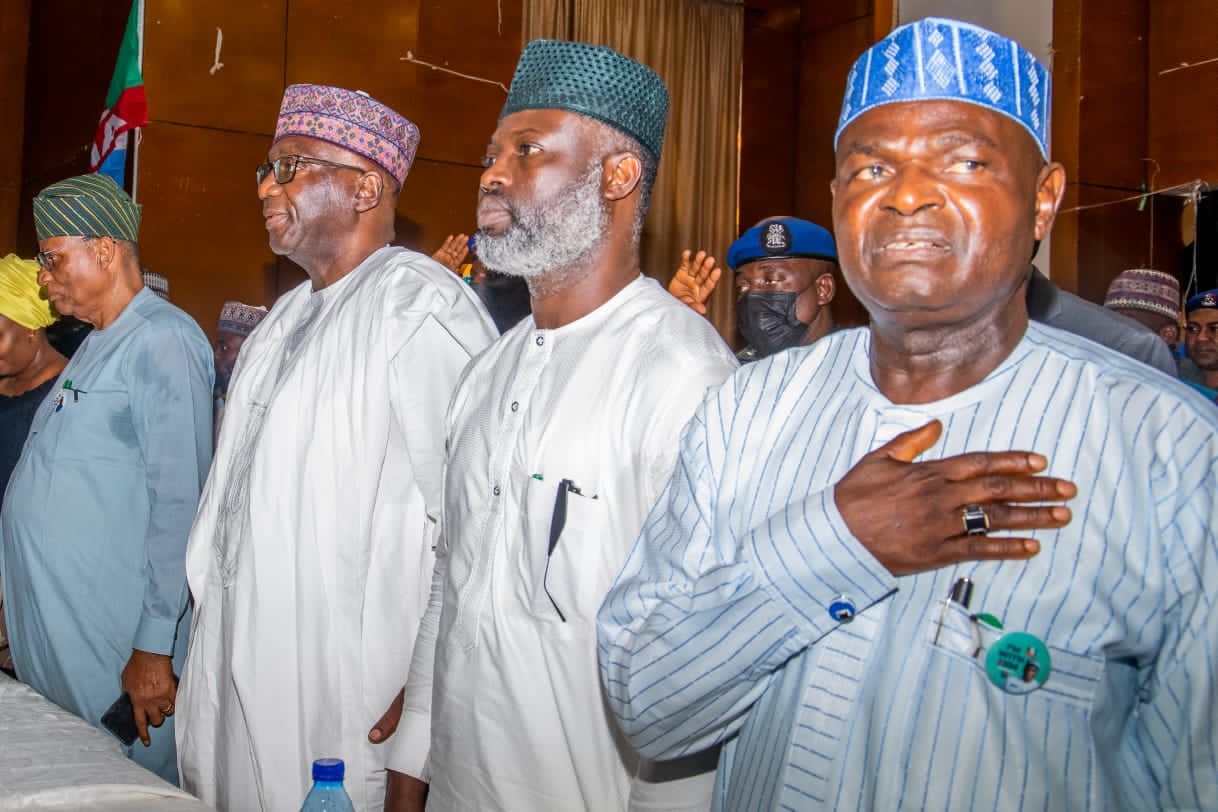 Officially welcoming the defectors, Governor AbdulRazaq congratulated the new members of APC for their decision and assured the decampees of fairness and equal treatment.

“We welcome all the decampees and appreciate you for your conviction and your trust in our party. We are going to work together to achieve success. We will treat you all fairly as members of our party. As you can see, PDP is now empty. They only deploy social media to feign popularity.

“They came up with a slogan – ‘O Suwa’ (We are fed up). They are truly shameless for comparing their 16 years to our three and a half years in office. They boast of constructing a fly over bridge at the post office. They are liars. They never told Kwarans that the Federal government funded the project. The same thing applies to Ilesha Baruba – Chikanda road construction and the Airport. We are building huge projects with our own money as an administration while delivering basic amenities to our people, including workers’ welfare. We cannot entrust the future of our state to those who once ruined a bank. They will destroy our state, if we make that mistake. Let them know that you’re not tired of good government and steady spread of infrastructure across the state,” the Governor told the mammoth crowd. 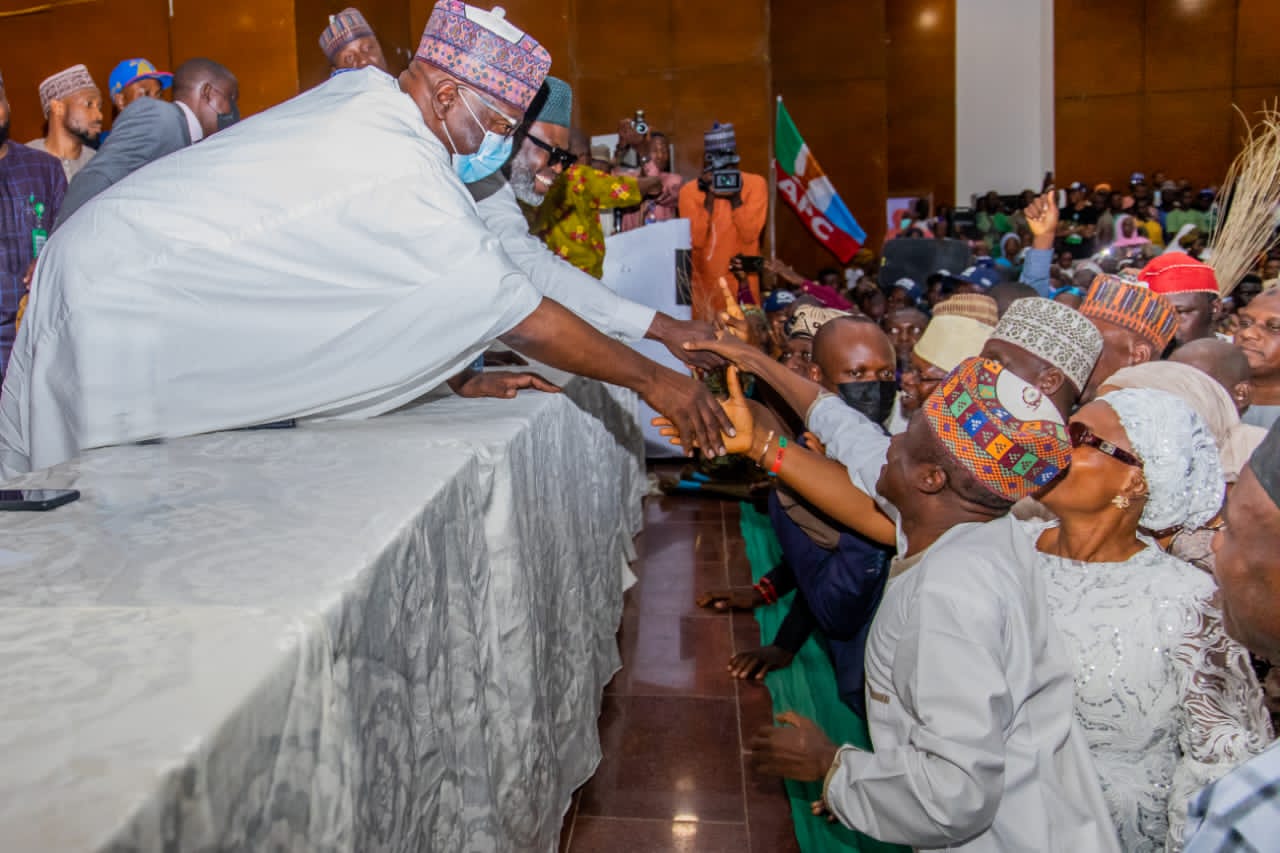 Governor AbdulRazaq mentioned some of his administration’s scorecards across sectors and enjoined the participants to remain resolute to deliver the State for APC at the polls.

The party Chairman in the state, Fagbemi,  in his remarks, said Kwarans have all seen the huge gap between the past and present administrations in terms of inclusive growth and good governance, and have vowed never to allow the state to go backward.

He said the comeback bid of PDP was evil and targeted at denying the citizens what they are already enjoying under AbdulRazaq, restating the government’s scorecards across sectors.

Director General of Kwara APC Campaign Council , Alhaji Yahaya Seriki urged members of the party to remain determined to work for the success of the party.

“This is a party for everyone. We all own Kwara together and we must reward Governor AbdulRahman AbdulRazaq for his hard work, dedication and exemplary leadership. Kwarans are not tired of measurable progress and development they see under this government. We will all come out en masse to campaign for the victory of APC,” he said. 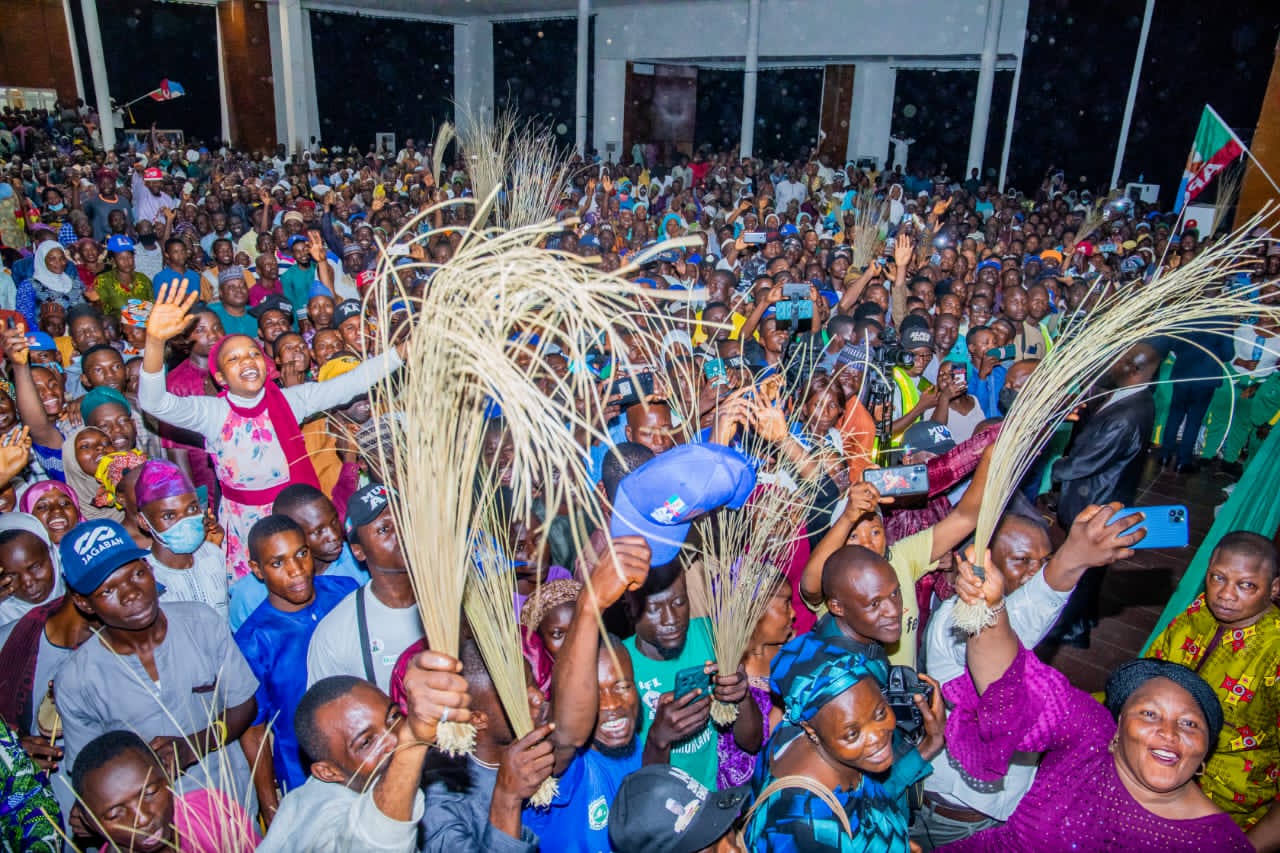 The decampees took turns to explain why they left their parties to embrace APC, calling Governor AbdulRazaq an architect of a new Kwara.

Former Deputy Speaker House of Assembly,  Mathew Okedare, who also decamped, said they never knew that they were in darkness under the PDP-led administration until recently, attesting that Governor AbdulRazaq has demonstrated the capacity to lead.

Yeketi said what the present administration has achieved within three and a half years are enough to prove that AbdulRazaq means well for the State.