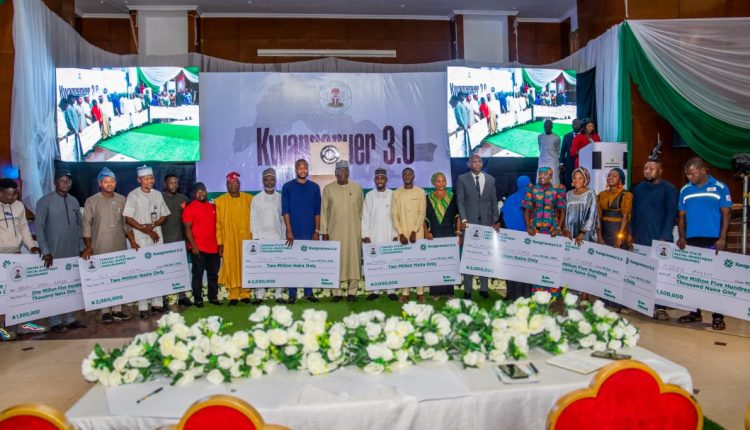 At least 490 small businesses have won varying amounts of non-interest loans under the Kwara State social investment programme to grow their enterprises.

Ten of the 490 young business owners got either N1.5m or N2m each at a symbolic ceremony where the State Governor, AbdulRahman AbdulRazaq handed them the cheques.

The winners emerged from a rigorous process involving 15,708 applicants, following different layers of screening by jurors drawn from the private sector and public service top players. 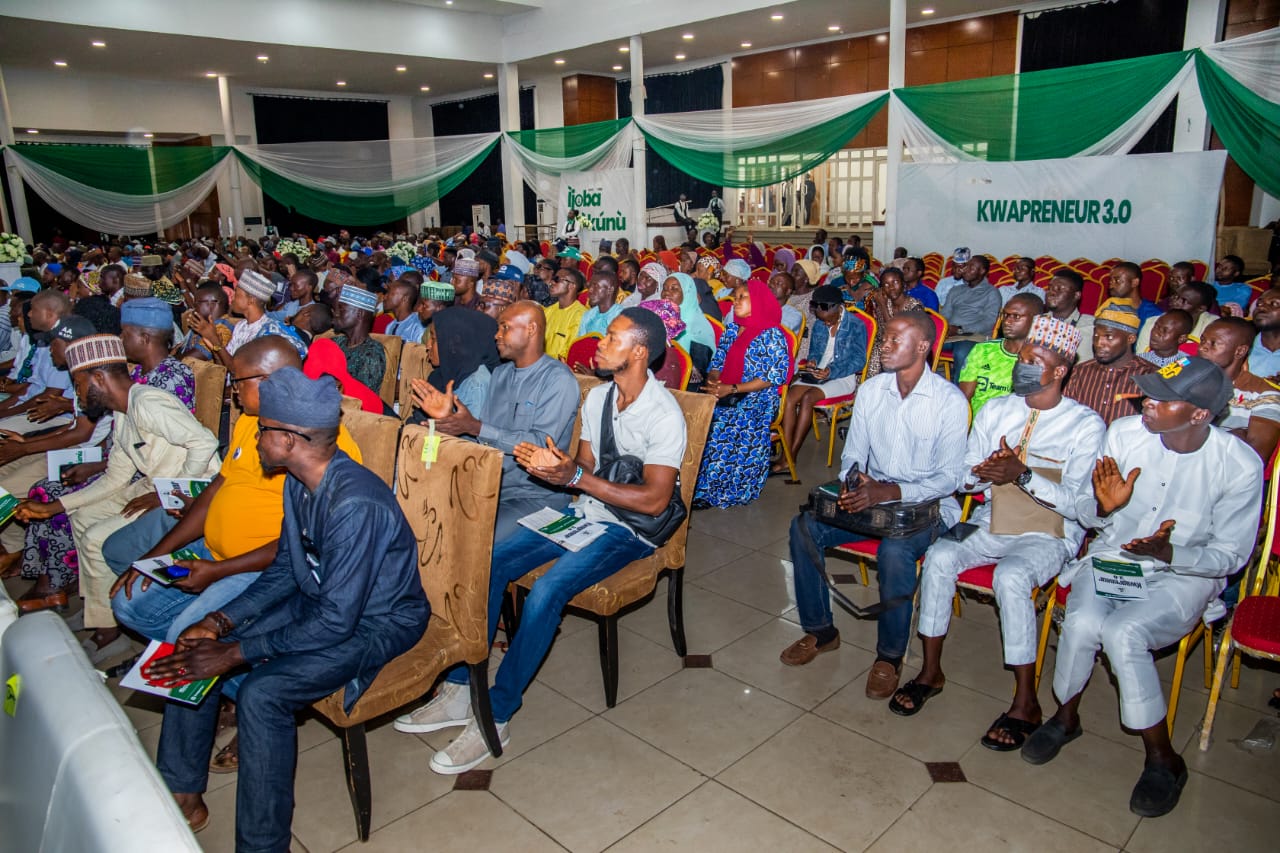 The interest-free loan was given through Kwapreneur 3.0, a third in the series of the youth-focused initiative to support young people to thrive.

Governor AbdulRazaq said his administration would continue to implement policies and programmes that would make Kwara a better place to live, invest, and work.

“This is another success story and a boost for small scale businesses in the state. Our administration will not relent in making Kwara State a better place to live and invest,” he said.

The Governor congratulated the finalists of the third series of the scheme and said the programme could become a quarterly affair to accommodate more beneficiaries.

“Kwara State Social Investment Programme, KWASSIP had been established to positively impact the lives of the poor, the vulnerable, the unemployed and those at the bottom of the financial pyramid and have no access to funding,” the Governor said.

“KWAPRENEUR is one of the many poverty alleviating activities of KWASSIP. It is one of the ways to provide funding for small businesses, lubricate the economy, and reduce poverty. We are simply trying to give everyone a fair shot and a sense of belonging within available resources,” he stated. 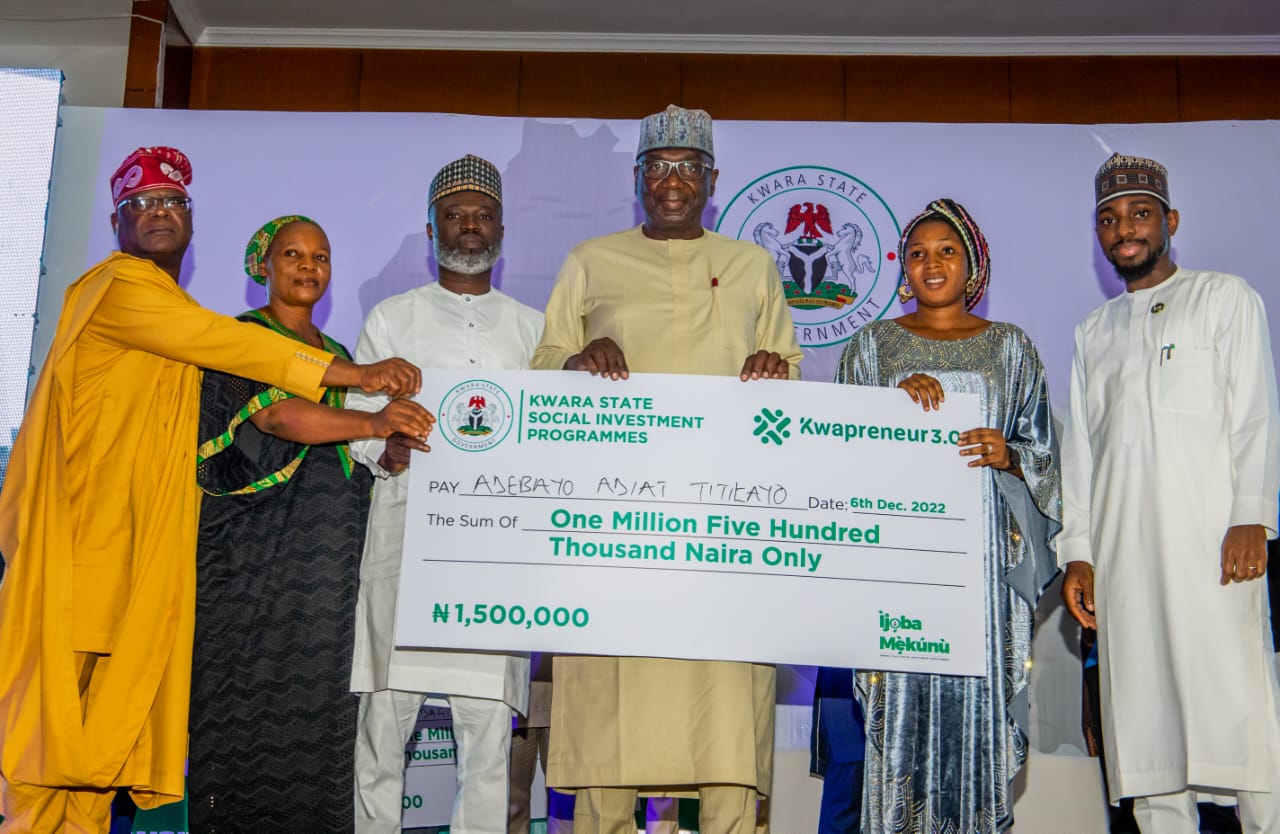 The KWASSIP Chief, Abdulquowiy Olododo said Kwapreneur is a non-interest loan scheme that is designed for young entrepreneurs in Kwara State to support new young businesses and help existing businesses to expand.

According to him, the overall objective of the scheme was to ensure that government encourages youth entrepreneurship to create the next generation of Job creators to see that Kwara State becomes a business-driven economy.

Olododo disclosed that series of stages have been passed in screening the applications government received based on key criteria to determine the final beneficiaries for Kwapreneur 3.0. 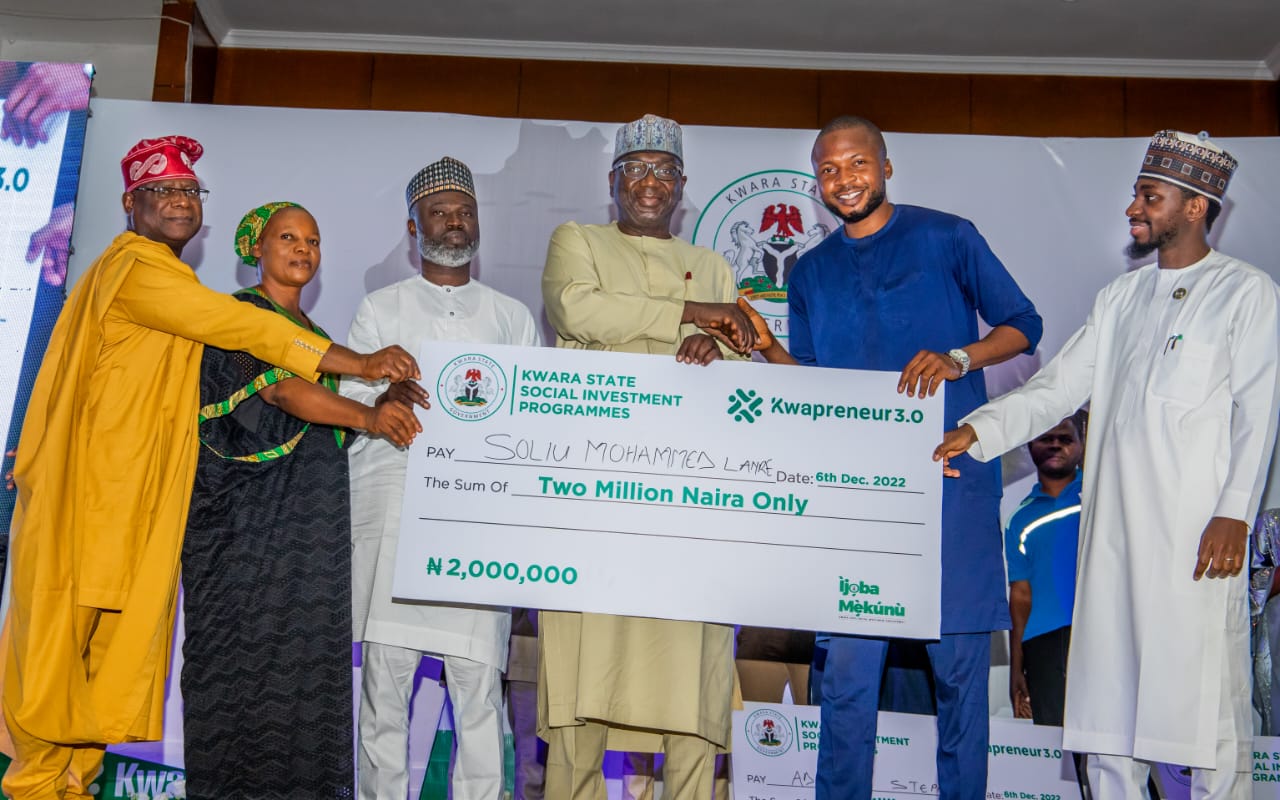 One of the beneficiaries of Kwaprenuour 1.0, Courage Balogun who gave a goodwill message, described AbdulRazaq as a lover of the youths, testifying that the Governor’s passion for Kwarans, particularly young entrepreneurs, transcends religious, ethnic and political boundaries.

Balogun recalled that she got an interest-free loan during the first phase of it on the basis of merit, encouraging the latest beneficiaries of the loan to use the funds judiciously.

She appreciated the administration for investing so much in the youths in several ways.