The Kwara State Governor, AbdulRahman AbdulRazaq has restated his commitment to the welfare of the workers in the state.

Labour and civil servants commend him for his steady pro-workers policies, including prompt payment of salaries and promotions.

AbdulRazaq also dismissed the rumour that he plans to disengage civil servants if re-elected, saying: “One of the ways to maintain social stability in the society is to ensure that as many people as possible are productively engaged and are able to put food on the table of their families. For us, sacking workers is not an option. Our belief is that civil servants are the major lubricants of this economy. Whatever you pay them helps to keep the fabric of society together. Worse still, you really don’t save anything by sacking workers. Instead, it creates more problems. It is not an option for us.”

The Governor spoke at the banquet hall in Ilorin, the state capital, during an interactive session commemorating the 2022 Civil Service Week.

He reiterated that ’’Civil servants are the life wire of public service’’, recalling how his administration had restored running costs to the civil service after many years, effected promotion with cash-backing, purchased dozens of operational vehicles, and implemented and sustained the payment of the minimum wage in a manner that labour and civil service leaders say is a reference point in Nigeria.

“Since our assumption of office, we have prioritised payment of salaries, pension and gratuity because we know how important they are. When that is not done, it creates a lot of distractions. But we want you to remain focused on what you do. For us, we can say it is most paramount for us to pay your wages and prioritise your training and welfare,” he said.

The event afforded the Governor another opportunity to take questions and observations from the civil servants; after which he responded in great detail.

“There is a rumour about sacking civil servants after elections and all that, it is quite laughable. The first question you will ask is how much do we save by sacking workers? You don’t save anything because even if you sack a worker you have to compensate him or her one way or the other. You have to pay the pension and gratuity, so at the end of the day, you are not saving anything. Besides, how much are we even paying them that we want to sack them?” the Governor queried.

He commended the workers for their continued support of the government. 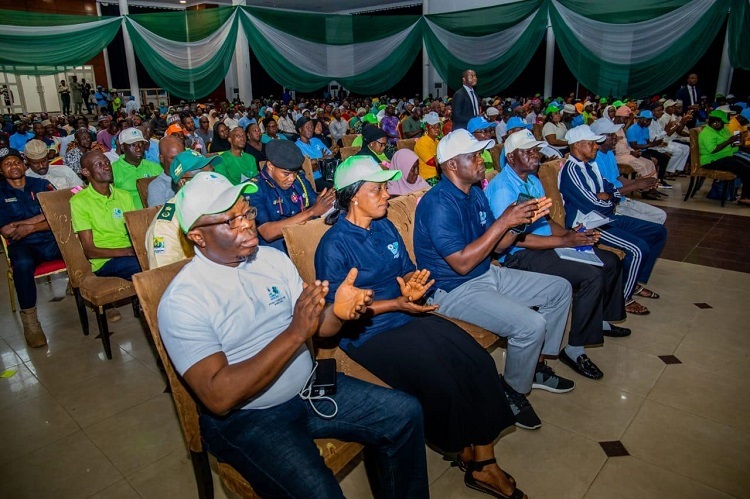 Mrs Oluwole, for her part, said the interactive session formed a part of her office’s mandate to set aside a period for workers to rub minds on issues affecting their interests.

She commended the government for its emphasis on workers’ welfare, including the regular payment of their wages, promotion, as well as the pensions and gratuities for the retirees.

Oluwole tasked the workforce to reciprocate the kind gesture of the government by doubling their efforts towards assisting the administration to further succeed in policy implementation.

The NLC Chairman, Comrade Ore commended Governor AbdulRazaq for his commitment to workers’ welfare, saying Kwara is among the few states with great and consistent implementation of the minimum wage — a sentiment repeated by other labour leaders.

Some of the workers, who spoke at the interactive session, took turns to praise the AbdulRazaq government for treating them well in various manners since its inception in office. 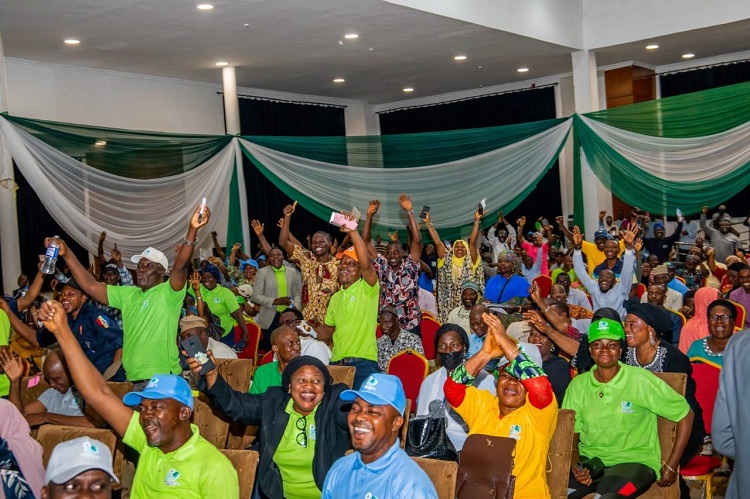 Comrade Sanni Oloyin said the civil servants are happier seeing the Governor interfacing with them and requested that the interaction be done quarterly.

A deputy director, Mustapha Mary from the ministry of environment, requested an upward review of the fund released for the monthly payment of gratuity, although she acknowledged that it has never been so good.

Bashir Lawal (KWARMA) called for the construction of more bus stops on the highways and commended the government for the approval of the promotion of their colleagues, which he said had hitherto been pending.

Demola Olanrewaju of the Ministry of Communication, who commended the administration for its unprecedented strides and commitment to staff welfare, appealed for more equipment for the Ministry.

FCTA Vows To Vaccinate All Animals By 2030