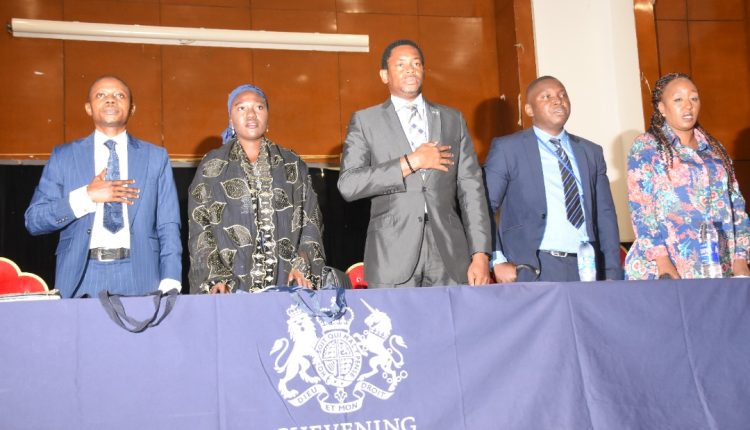 Hundreds of young people have attended a one-day seminar organised by the British High Commission, Chevening, and the Kwara State Government to encourage as many qualified Kwarans as possible to apply for the Chevening Scholarships.

The Governor said his administration would continue to invest in deepening life opportunities for Kwarans through qualitative education.

“It is my pleasure to appreciate the organisers of the programme, Chevening Scholarship, and the Government of the United Kingdom, for extending the opportunity to Kwara. Your records of achievements spanning almost four decades have brought exceptional professionals from around the world to study in the United Kingdom through scholarship and fellowship”, the Governor said at the seminar in Ilorin, the state capital.

Governor AbdulRazaq said the current administration has contributed immensely to human capital development in the state and was willing to partner with the organisation.

“For instance, the Government of Kwara State, in its effort at securing and investing in the next generation, has engaged public and private sector leaders, thinkers, and relevant stakeholders through interactive sessions, summits, and workshops of this nature to explore the future of education as central to the state government’s agenda for growth and development,” he said.

Governor Abdulrazaq was represented at the workshop by the State Commissioner for Tertiary Education Science and Technology, Dr. Afeez Alabi Abolore.

“To achieve youth development in all ramifications, young people also need to be responsive and do everything possible to explore this opportunity (of scholarship) to enrich their professional and academic networks for national and international benefits,” she said.

Programme Officer for Chevening, Mrs. Oluwafunmilayo Ladejo, said the Chevening scholarship was fully funded by the Government of the United Kingdom.

She said about 30 million naira would be expended on each of the successful applicants, covering tuition fees, visas, tickets, living allowances, economic grants, and accommodation, among others.

She explained that the Chevening scholarship was designed to develop international leadership and expertise.

Mrs. Ladejo stated that over 50,000 alumni of Chevening are doing great in their various endeavors.

She advised the participants to take advantage of the opportunity to enrich their knowledge and widen their international collections.

About The Chevening Scholarship

The Chevening Scholarship which began in 1984, has several Nigerians as beneficiaries.

Chevening Scholarships are the United Kingdom’s global scholarship programme funded by the Foreign and Commonwealth Office, FCO, and partner organisations.

Chevening Scholarships are awarded to outstanding future leaders to pursue a one-year master’s degree in any subject and at any UK University.

Mayweather Plans To Fight McGregor In 2023