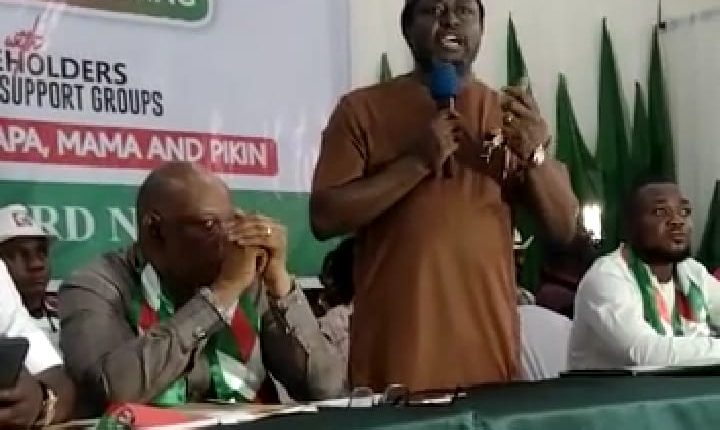 The Labour Party has issued a sitting lawmaker in the House of Representatives a Certificate of Return during a stakeholders’ sensitization meeting in Calabar, the capital of Cross River State, south-south Nigeria.

Daniel Asuquo, who moved recently to the Labour Party alongside thousands of his supporters, contested for the gubernatorial ticket of Cross River State on the platform of the Peoples Democratic Party, PDP.

Senatorial Ticket
Although Asuquo failed to clinch the governorship ticket and came second to the winner, Professor Sandy Onor, who is the PDP flagbearer for the 2023 election, he stated that his decision to pick the southern senatorial ticket in Labour Party was to render service to the people and in support of the ideals of the presidential candidate, Peter Obi.

According to him, “I just left PDP because the umbrella is no longer serving the people. Labour Party is concerned with the family and we believe that in the south, we must have a new narrative, there must be change and that change must be visible; and by God’s grace, we will win the state and presidency.

“What happened at the PDP governorship primary was more of the cabal’s choice rather than the wish of the people. So, I decided to leave and go for the southern senatorial ticket after we considered the dynamics of the Labour Party in Cross River State. We looked at where it was strongest; I am not one of those, who take party tickets for the sake of taking it, I take it to win.

“I made a strong show in the south during the PDP governorship primary. Out of 7 local government areas, I won 4 and out of 3 remaining I was second in the last two; I saw my strength,” he said. 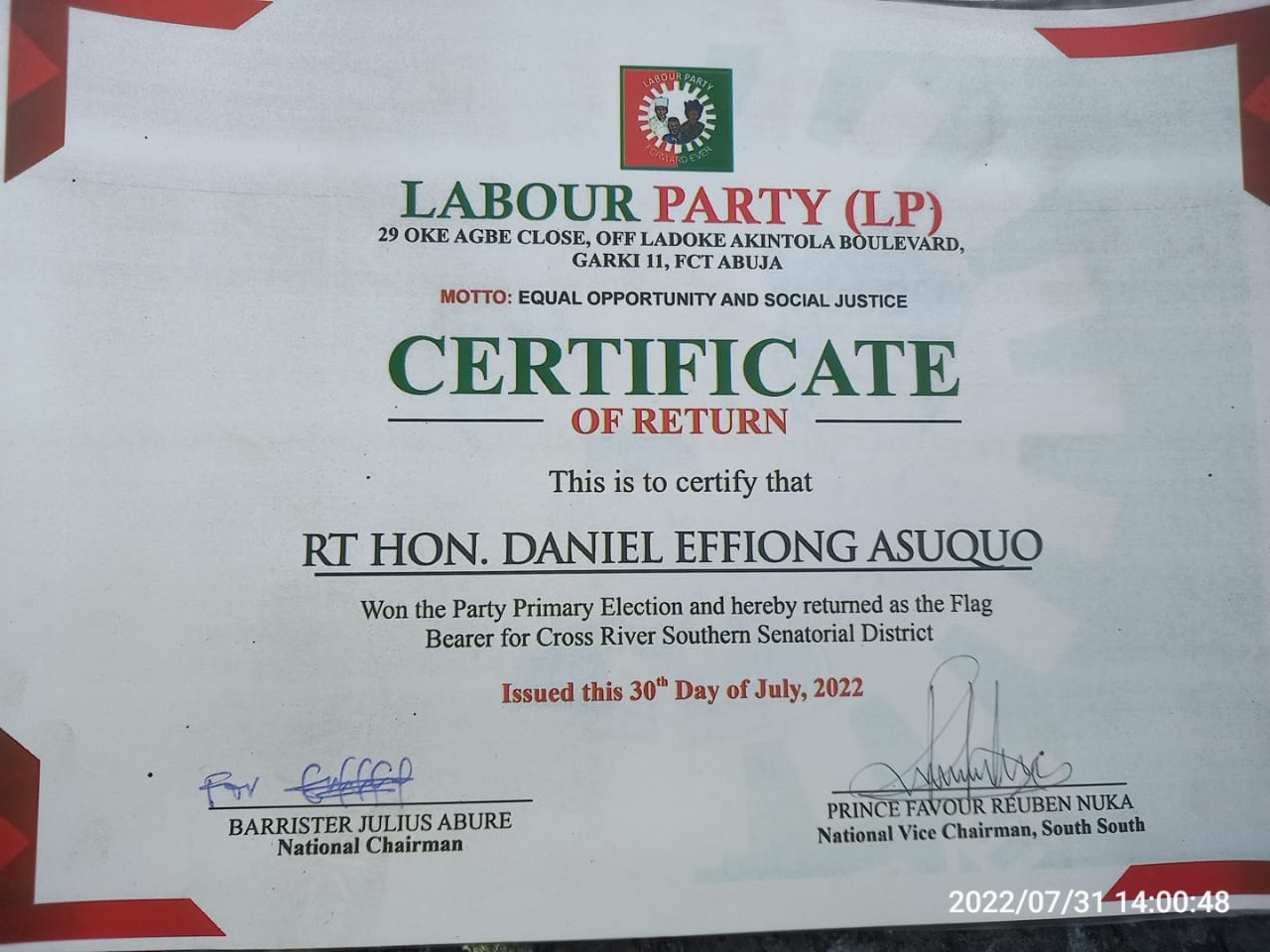 Further, the lawmaker stated, “we have 3 federal constituencies that constitute the southern senatorial districts. We have had senators from Akpabuyo- Bakassi-Calabar South, a senator has come from Odukpani-Calabar Municipality, but Akamkpa-Biase has never produced any senator.

“So, I decided to situate myself in that new narrative. I am coming with what I have delivered in Akamkpa – Biase federal constituency. I am coming from a position of strength to deliver, while my opponents have nothing to show,” Asuquo stated.

Intensified Sensitisation
Earlier, the Labour Party’s National Vice Chairman for south-south Nigeria, Prince Favour Rueben urged stakeholders to intensify its sensitisation of stakeholders across every unit, noting that it behooves supporters of Peter Obi to act as ambassadors of societal and economic change.

Reuben further urged the union and party administrators to seek common ground and work together to achieve the agenda of the party in 2023, stating “it is no doubt that the world and indeed Nigerians know that Labour Party is the answer to Nigeria’s problems. We are all to be ambassadors of Peter Obi and the party at all levels.

“I urge all of you stakeholders here to work hard and keep faith that Labour Party would take over this country and the states. Let me commend the Nigeria Labour Congress, NLC and the Trade Union Congress for the decision to work with the state chairman of the party. It is only in unity that we will be able to achieve the change we so deserve,” he said.

The Labour Party leadership also presented Certificates of Return to other candidates such as a former deputy speaker of the State Assembly, Mr Dominic Aqua Edem and former Odukpani council chairman, Mr Bassey Akiba, who decided to ditch their former political parties for the LP.