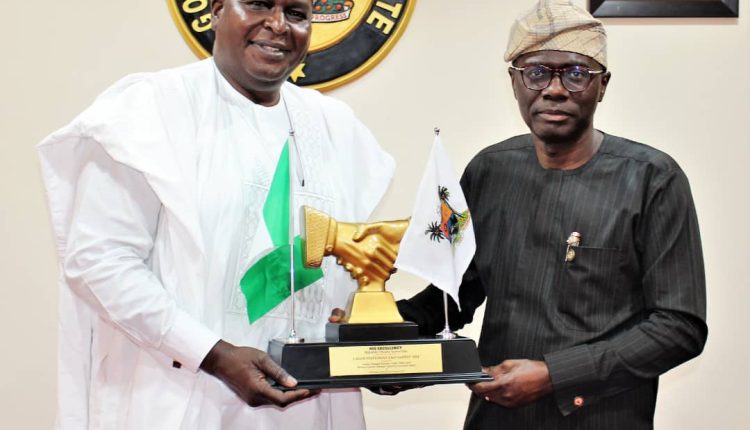 The Lagos State Government has concluded plans to host the most colourful National Festival of Arts and Culture, Nafest 2022.

The Governor of Lagos,Sanwo- Olu made this known when he recieved a delegation from the National Council for Arts and Culture NCAC, led by the Director General, Segun Runsewe,  in his office.

The delegates  formally presented a blueptint of the festival and ascertained the level of preparedness of the state in hosting the festival.

Governor Sanwo- Olu reminded them that a delegation from the state had visited the NCAC for a Pre-Nafest maiden meeting to interact and obtain details of hosting the festival which would bring together contingents from the 36 States of the federation and the FCT.

Based on the report, Governor Sanwo- Olu said the State government had to improve on their facilities to meet all criteria set by the NCAC.

He said the facilities would enable the state not only to host the biggest and most colourful festival but also emerge the overall winner of the fiesta.

The Governor revealed that as a prelude to the festival, Lagos State would hold a Pre-Nafest event for seven days.

The event is aimed at showcasing the rich cultural heritage of all the local goverment areas in the state which will therefore herald the EkoNafest 2022.

In his response, the Director General, National Council for Arts and Culture Otunba Segun Runsewe congratulated the Lagos State Government for winning the hosting right for Nafest 2022 which was keenly contested by three other states.

He said the festival which is the foremost cultural event in Nigeria has hitherto been a platform to unite the nation through Arts and Culture.

Runsewe reiterated that the festival which grows richer, bigger and better with every edition would provide a strong platform for Lagos State to bring its well-known finesse to bear in making the Eko Nafest 2022 the best of its kind in the history of the festival given her track record.

He maintained that the essence of the visit “is for us to interact and brief you on details of hosting the festival which will bring together contingents from the 36 States of the federation and the FCT to Lagos state for seven days”.

He explained that the festival would have far reaching benefits to Lagos residents with a positive impact on the economy of the state in the areas of hotel accommodation, transportation, small scale businesses, and vendors.

According to the Director General, the wife of the Governor,  Ibijoke Sonwo- Olu will be crowned the mother of Nafest (Mama Nafest 22) during the National Technical Stakeholders meeting coming up later this month.

This will also afford her the platform to host the children during the Eko Nafest 2022.

The high point of the meeting was the exchange of cultural gifts between the Lagos State Governor and the Director General of NCAC.