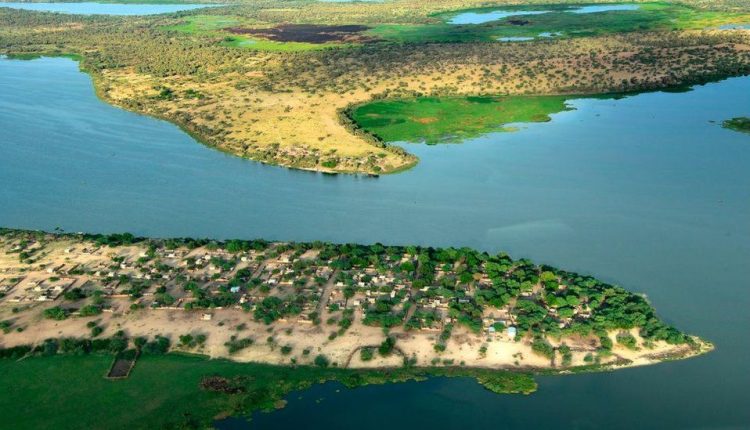 The Nigerian Government has expressed worry over worsening impact of climate change on the Lake Chad Basin with over 40 million people of its six member States threatened.

The Nigeria’s Minister of Water Resource, Suleiman Adamu, said this at a Technical Experts Meeting preparatory to the 68th, Ordinary Session of the Council of Ministers of the Lake Chad Basin Commission, LCBC, in Abuja the Nations Capital.

Adamu said the LCBC had supported the six-member countries to meet the developmental challenges in the management of water resources within the basin.

He noted that the Lake Chad Basin is an area whose fragility has been worsened by the combined effect of the impact of climate change and unsustainable anthropogenic activities.

“These have depleted the ability of the Lake Chad and its resources to sustainably support the over 40 million people that depend on it for their livelihoods, thereby increasing poverty and general insecurity in the region” Adamu said

He noted that the drying up of the Lake, the desert encroachment, and the decline of agricultural activities have been a major challenge to the social and economic well-being of millions of people living in the Basin.

“For about four decades, recurring droughts, a general decline in rainfall and degradation of the biodiversity have led to drastic changes in the environmental conditions of the Lake Chad Basin”. He said.

The Minister urged participants to brainstorm and come up with possible solutions to the stop the challenges plaguing the region.

“As this Technical Committee of Experts Meeting holds prior to the Session of the Council of Ministers, we will, amongst other things, deliberate on critical issues with a view to making timely recommendations to the Council of Ministers.The 2023 Annual Work Programme and Budget (AWPB); the Revised Strategic Action Programme (SAP); the implementation status of the Inter-Basin Water Transfer Project (IBWTP); the creation of the new Division of Regional Integration and Peace; the process of “Entry into force” of the Lake Chad Basin Water Charter and its dissemination”. Adamu added.

Earlier, the Executive Secretary, LCBC, Ambassador Mamman Nuhu, explained to experts the essence of the Meeting, and how much is expected from their brainstorming to come up with lasting solutions that would change the narrative in the Lake Chad Basin as millions of lives depend on the lake.

According to him, climate change is acting as a threat multiplier with extreme weather events, severe droughts, irregular rainfalls, water scarcity and devastating floods, to the lake’s survival.

He said insecurity, fueled by both widespread violence and climate change, had led to widespread displacement of people, farmers, herders, fishermen, women, and children in the region.

He noted, it had led to hunger and deprivation, deepening cycles of poverty, fragility, and vulnerability.

“You all need to work collectively and inclusively as a united family to achieve the primary objectives of the Commission of creating a safe, stable, and prosperous basin for the benefit of the people. I am glad to note that the LCBC has since embarked on measures to address the root causes of these crises. There is need to turn these challenges into opportunities, which requires your collective efforts.The executive secretary emphasised the need to mobilise resources, assist the poorest and most vulnerable communities, to cope with, and adapt to, future climate- related shocks”. He said.

He urged member countries to deepen cooperation and integration to transform the region’s development, saying that the complex and transboundary nature of the challenges made regional cooperation indispensable.

The deliberations at the meeting included the implementation status of the Inter-Basin Water Transfer Project,IBWTP and creation of the new Division of Regional Integration and Peace.

Others are the process of “Entry into force” of the Lake Chad Basin Water Charter.